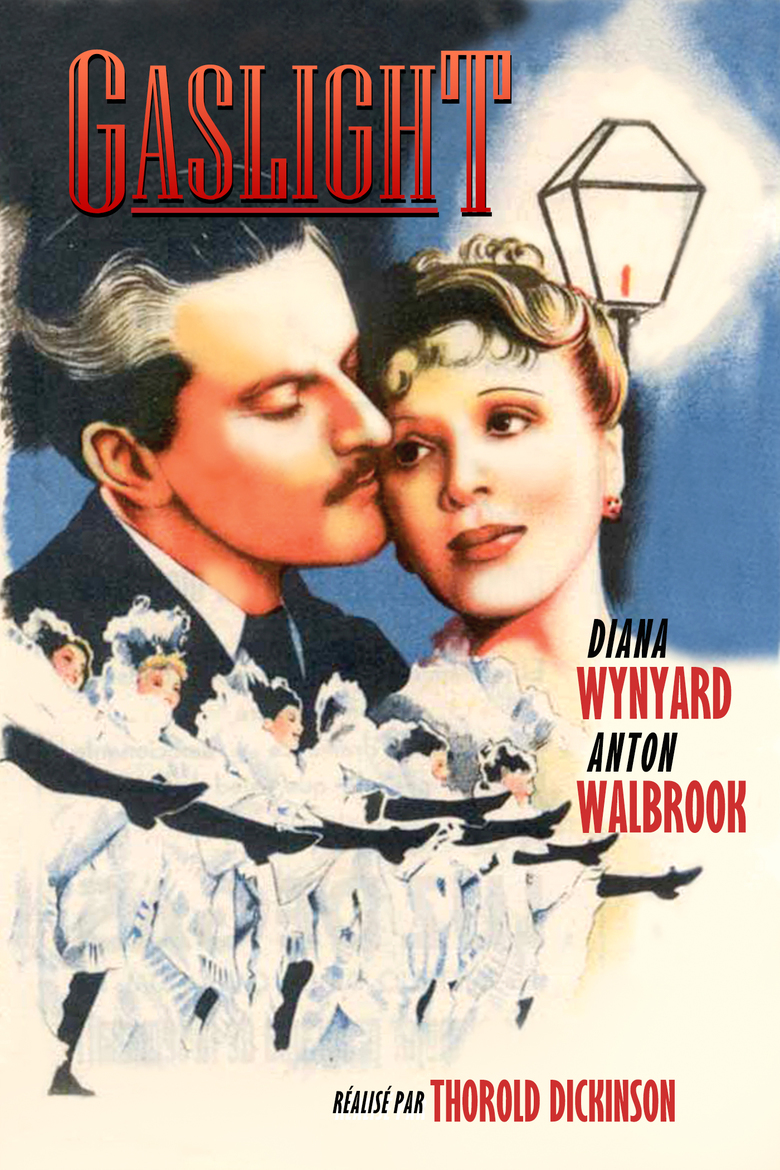 Gaslight is one of those movies that would be over extremely early if the main character was stronger and could fight for herself. The whole premise only works if the main character is a complete pushover so right from the start I knew that this was going to be an annoying watch. As a result it ends up dragging quite a bit and you wish a different lead was around to shake things up. Ultimately this is a title that you will want to dodge but the title is fitting for the film.

The movie starts off with an old lady being murdered. The culprit was never found though so we jump forward into the future where two people have finally moved in. Bella and Paul. Right off the bat things don’t seem to be going well as Bella has to tip toe around the place while Paul enjoys humiliating her. He keeps telling her that she’s crazy and moving thing around to keep the act up. Bella slowly starts to believe that she really is losing her mind. Why is Paul doing this to her? Will Bella realize what is going on or will she really go mad?

As the film goes on you get a better idea of why Paul is doing this but you could probably guess for the most part. We know he is the villain from the start so there isn’t a mystery angle here, you’re just waiting for Bella to realize this and fast. Unfortunately she is too busy being tricked the whole time to do much of anything. My main problem with her is that she lets this happen so easily. Every time something goes missing or happens to pop up, she lets Paul throw on the accusations and doesn’t do anything about it. She doesn’t realize that it’s odd how she suddenly stopped getting mail or how her family has never visited.

It feels like misleading her was just way too easy. She’s too passive as a character and it’s why a modern remake of this film would likely play out very differently. Nowadays it’s hard to see this working for more than a few minutes. There’s just no way you would let someone trick you like this and not suspect something. She was also a bit annoying at the end as even once she found out he was a crook, she didn’t want to do anything to stop him because she thought it would be like a betrayal. Keep in mind that this is while he’s cheating on her with someone else.

You feel bad for Bella the whole time but the film didn’t do a good job of giving her any real agency here. If she could have ran out of the house to meet someone or try to do some detective work of her own then it could have worked out a little better. Instead that never happens. Meanwhile Paul is the main villain of course and definitely an annoying guy. The whole time he is messing around and just comes across as being rather insane. He’s also really greedy as he pulls off this plan while also cheating and searching quite loudly upstairs. He doesn’t do anything to be all that discreet and that’s what makes the whole thing even worse.

There’s definitely nothing remotely likable about this guy and even as a villain he just doesn’t work. Meanwhile you’ve got the two maids. Elizabeth was nice enough and at least tried to help Bella. Nancy was more antagonistic from the start and definitely didn’t mind making things tough on Bella as well. It’s clear from the start that Nancy was ambitious and hoping to move up in the world.

Finally you have Rough who is easily the most likable character here. I liked his absolute confidence at all times. The guy knew that he was onto something right from the jump and then never let go of his lead. Without him Bella would have definitely been doomed so it’s good that he made his move. He may not be the best fighter but in this case intelligence was what was mostly needed so that worked out well enough.

The film’s just not a very fun watch in the end which is what hurts it the whole time. It feels very mean spirited the whole time with how absolutely helpless Bella appears to be. If she was talking back or talking tough the whole time then that would have helped but instead she just bows to Paul’s every whim. I’d like to say that it’s completely unrealistic but I suppose there are some people like that. It’s just taken to the absolute extreme here.

Fortunately you can assume that she would be able to quickly rebuild her reputation once the film is over but she certainly went through a lot. I wouldn’t be surprised if she decided to move back to the country permanently instead and just say goodbye to the city life. After an experience like this you certainly couldn’t blame her.

The only positive thing I would say about the film is that the script is good. I wouldn’t say that the writing is because again, I think Bella should have picked up on at least some of the clues or done more to try and talk to peo0ple and see what was up. Defending Paul even near the end was also unfortunate and weakens the moment where she finally turns the tables. The script has that very classic polite feel to it though and works well in the context of the film. I always liked that retro style of dialogue and that certainly doesn’t change here.

Overall, Gaslight is a film I would certainly recommend avoiding. Paul takes up too many scenes and he’s such a bad character that he weakens those moments as a result. Then the film could have used a better main character for sure. Mix all of this in and it makes for a rather painful watch. I do think you could probably execute this premise well but the villain has to be a lot more resourceful and more of a genius because otherwise you can’t convince me that the main character could be tricked into becoming insane so easily. That’s just not how any of this works, not by a longshot!