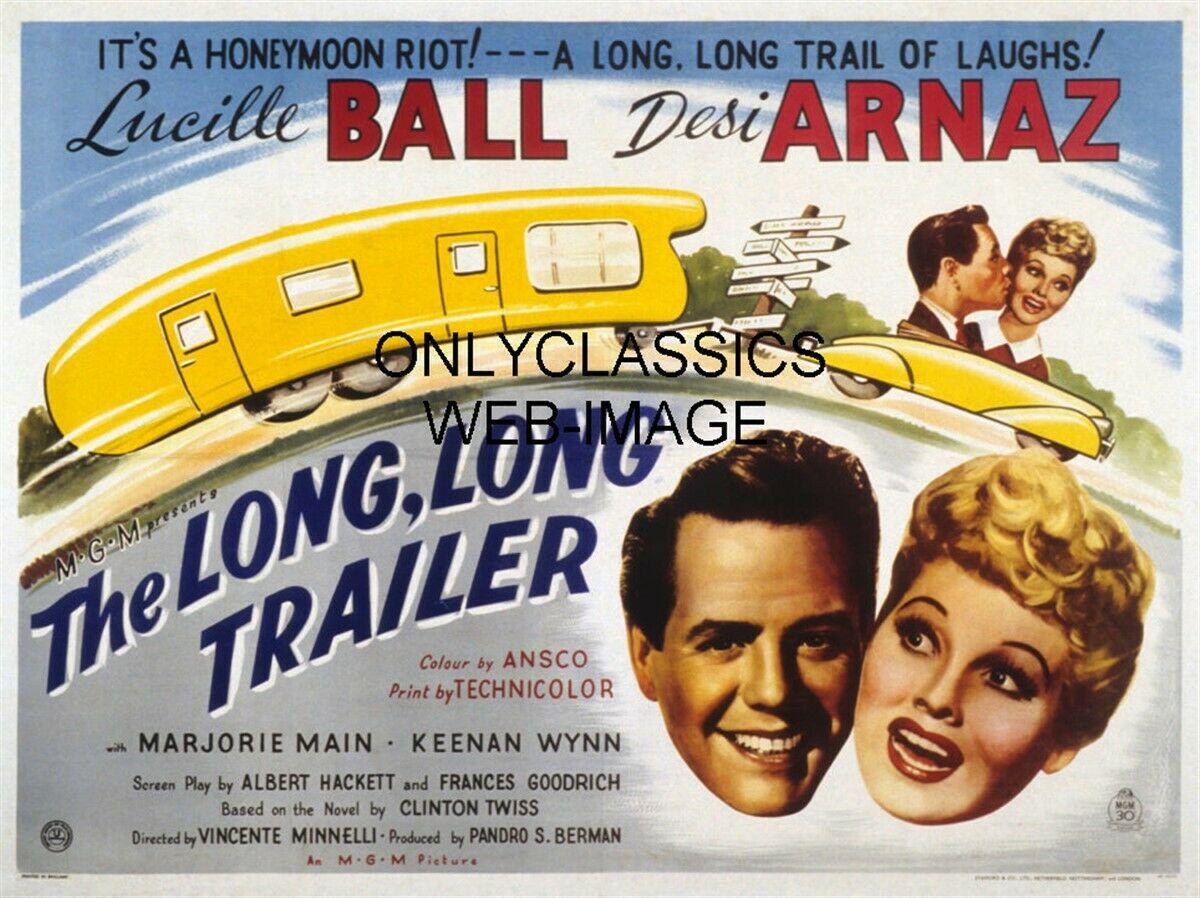 This is a film where the title is definitely very accurate. The whole movie involves the long trailer from start to finish and the journey along with it. That said, I thought it was a bit weaker than I was expecting it to be. The movie just drags on a bit and while it’s still a fun adventure, there is less variety than in the average comedy type movie like this. At its core that’s what the issue with the movie is. It needed more unique moments.

So the movie starts off with Nicky in the rain looking for his wife in a trailer. The whole thing looks rather odd so an older man tells Nicky to wait in his little house since it’s impossible to pass by it without being seen. Nicky then decides to share his story and almost the rest of the film is a flashback. He and Tacy had a reasonably solid marriage and things were going well but she desperately wanted to move into a trailer. Nicky was completely against the idea and I can’t say that I blame him because this does not sound like a good move. They shop around but ultimately end up going for a really small one that still breaks the bank. The trailer has a lot of things wrong with it and may even destroy their marriage. Can they overcome this vehicle?

Now it’s nice that Nicky ends up relenting so Tacy can get her trailer but he was really right and should have stuck his ground here. A trailer is a ton of work since you need to drive it around, find a place to park it, find utilities, etc. It’s not like you just have running water and a nearby town to get supplies from. It seems to me like you usually only live in a trailer as a last resort but not because you really want to be there. This is probably the first time I’ve seen a character actually want to make the change.

It makes even less sense when you consider how good the house that they were living in was. It wasn’t some run down little apartment or anything like that, it was actually a pretty solid place to live. Deciding to leave there was a big mistake. Well, they end up getting the trailer and they do their best with it, but it just doesn’t work. The whole thing shakes, you can get stuck in the mud, etc. I have to say that living in a trailer seems like even harder work than I would have guessed. There are just so many things that you have to take into account in everyday life with this.

One scene I did appreciate is how close the community apparently is. Everyone jumps up to help when Tacy isn’t feeling very well and apparently they have whole communities for the people with trailers. It’s nice to see that they’ve got some kind of support network going and honestly they probably should have just stuck with this group. I know the main two wanted some privacy so they went out again but maybe they should have just stayed long enough to at least pick up some tips and tricks.

Ultimately I have to mainly give a lot of grief to Tacy in the end though. So the heroes end up having to cross a huge mountain to get to their destination and this will be extremely dangerous. To help their odds of survival increase, Nicky lets Tacy know to toss out her random rocks that show every place they’ve been. Tacy agrees but secretly keeps them which almost results in their death. If you’re going to keep the rocks then keep them but lying about this nearly ended up being fatal for both of them. It’s easy to see how there was a lot of friction here as a result.

Now this is one of those crazy comedies where both characters will have their unreasonable moments but I think it’s fair to say that for most of the adventure, Tacy was not handling this very well. She really wanted the trailer but wasn’t going to be able to make it work. Not to say you can blame everything on her since she couldn’t have known what was going to happen. She just ended up putting them in this dilemma.

As for Nicky, well he tends to get overly emotional at times. It comes with the territory of trying to roll with these crazy schemes but he does nothing to help the tension between him and Tacy. Throwing out the rocks and running off just serve to amp things up even more. All in all I still liked the banter between the main two and the humor is what carries the film. It may not make both characters all that likable individually but the strong dialogue will ensure that they are both memorable.

Where the film falters as I mentioned is that it just feels like not much happened. Just look at the plot description that I used, it pretty much encompasses the entire film and that’s not very long. It’s all about the characters riding around in their trailer without ever making any real progress here. I suppose the drive up to the mountain was decent but in a way I just wanted some scenes outside of the trailer. So in a sense the premise itself limited the film. There just wasn’t a lot going on and it shows that there are only so many jokes you can do with a trailer.

Overall, The Long, Long Trailer is a good movie but not a very good one. There’s not a whole lot of replay value here and while the movie doesn’t drag on or anything like that, it won’t keep your interest quite as much as it should. There’s enough world building and potential here for sequels that have a completely different plot though. If you want to watch a retro comedy film then this isn’t a bad watch. As a one and done it’ll do the job even if you think it could have been better. The moral here is that the grass is always greener and sometimes you gotta be satisfied with what you have.