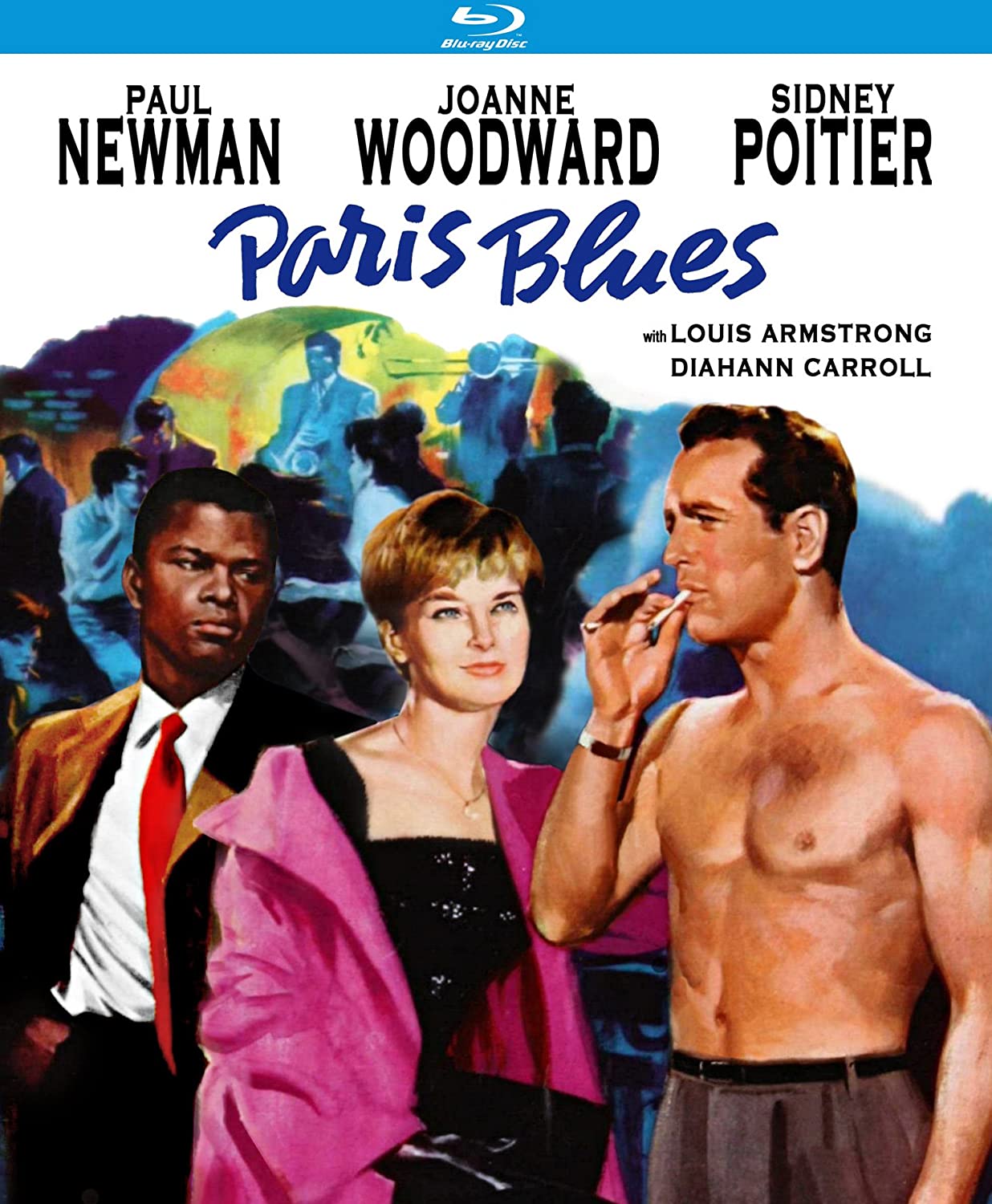 Paris Blues is one of those films that is very dramatic the whole time with each character really making the wrong moves here. Be careful who you choose to go out with because it could come back to bite you. That’s the lesson that the characters here desperately needed to learn. It would have made them all quite a bit happier in the end. I wouldn’t say the movie succeeds because I didn’t really care for most of the cast but you do get some fairly decent tunes to listen to which is always important.

The movie starts with Connie and Lillian arriving in France for their big trip. They only plan to stay here for a few weeks but they know that it’s going to be a magical place. A guy named Ram shows up to flirt with Connie immediately who is less than impressed. Unfortunately her friend Lillian insists that they go check out the guy’s little band setup in the cafe. So they go and Lillian is desperate for a relationship and goes after Ram the whole time. Meanwhile Ram’s partner Eddie ends up falling for Connie and so they start to get close. I guess that wraps up the film right? We’ve got the two pairings and everything’s going just swell.

Well, that’s not exactly how it plays out. For starters, Ram seems seems to like Connie more initially and doesn’t really give Lillian a second chance but ultimately goes with her because he wants to be with someone. The whole time Ram keeps letting her know that this won’t be serious though and it’s just a fling but she wants to change his mind on that. Meanwhile Eddie and Connie take it slow here. The dilemma in this pairing is that Eddie wants to stay in France. The people treat him well and he has a successful gig going as a musician. Unfortunately Connie wants to go back to America so they can help to change the world socially. At the time there was still a lot of racial division and Eddie just doesn’t want to have to go back to that. Defending himself left and right and having to prove himself each time while apparently that’s not an issue here in Paris.

So there are our two conflicts here and they stretch for the entirety of the movie. In both cases I’ve definitely got my stance here. With Eddie, I think he should stay in Paris. If Connie is ready to make this serious then she should definitely be sticking with him. He’s got his whole life here and would need to make serious changes to adapt to America. Connie certainly wants to change the world but I’d say it would have to come at the expense of losing Eddie. The advantages don’t outweigh the risks here. It’s relatively easier for her to talk tough about this when he’s the one who is going to have to get out there and try to get a whole new setup.

The romance definitely felt doomed here. Then you have Ram and Lillian. Well, I think Lillian shouldn’t even be trying for this guy so hard. Ram’s been a free spirit who messes around a lot from the start and even told her that he didn’t want to get serious. Then on Ram’s side, Lillian keeps throwing herself at him to the point where it seems a little suspicious. Perhaps she isn’t doing well financially and needs someone to support her? It would be hard not to start thinking that a bit since Ram even made it clear that he was not interested in her several times. So when she ignores that and keeps after him, it feels more suspicious than endearing.

Ultimately Ram doesn’t seem like the type who will ultimately commit to anyone. Music is his passion and he will stay true to that but that’s where the buck stops. Beyond that you have to decide if this could ever work and I don’t think that it could. He’s only just barely gotten over being with someone else so that shows how quickly he changes and moves on to the next thing.

I didn’t care for the guy as one of the main characters. He’s never portrayed as being all that likable. At best you just feel sympathetic when he is being shot down as the guy tries to get his music published. Then you have Lillian and I didn’t like her mainly because of how desperate she was the whole time. Like Ram she seems like someone who plays the field and again I don’t see how this would end up working very well.

Eddie and Connie are more likable than the first pair. Part of the problem is really just that Connie wants him to come to her side. I dare say that he has more to lose than she does so she should have stayed. Hopefully she does well in her quest to make the world a better place though. Then Eddie’s a fun character and someone who stays classy. He isn’t always thrilled at Connie’s conversations but still answers her questions and keeps things as civilized as possible. He helps to keep Ram grounded when that guy’s getting to be a bit much and he also takes things slower. You don’t see him just jumping into bed the way that Ram does.

Paris definitely looks really nice throughout the film and I’d say it did a good job with the location sets. The place is quite big and the heroes take in the sights. We also get to see how their music gig really works and it reminds you that they are not always in the best of company though. Everyone here seems to be a bit down on their luck or a little desperate. The lady Ram has a relationship with seems a bit too open to the fact that he is messing around all over the place so I wouldn’t have been able to root for them anyway. Then you have the one guy who is addicted to drugs and can’t break out of it.

The characters certainly had their share of issues. Mainly we just see what Ram and Eddie have to deal with but that’s because the others are on vacation so we don’t really see into their lives. That’s another thing to consider, the main guys really don’t know a whole lot about the girls as a result. They can only guess but the whole thing is too fast for this to be a true relationship. The girls have only been here for less than 2 weeks as it is. You probably just shouldn’t be starting a relationship while you’re on vacation. The odds of it working out successfully seems really slim to me.

Overall, Paris Blues is a film about two doomed romances where the characters are just never on the same page. While Eddie’s a good guy, Ram is hard to root for right from the start. He also plays a really big role in why the ending is the way that it is. Ram was just never going to work things out and in the process he may have stopped the rest too. He did make it clear from the start that music was his only priority but then he should have stuck with that all the way through instead of waffling. The movie’s fairly serious and could have used a little humor to it in the end. I think that would have only served to have helped the dynamic a bit. All in al, you can do better with romance films and you can do better with dramas. This one won’t end up being very satisfying and I think it could have used some more music to take the film to the next level. Focus on the goal and give us some competitions or challenges that Ram has to overcome. Maybe that could have helped him be a decent character.