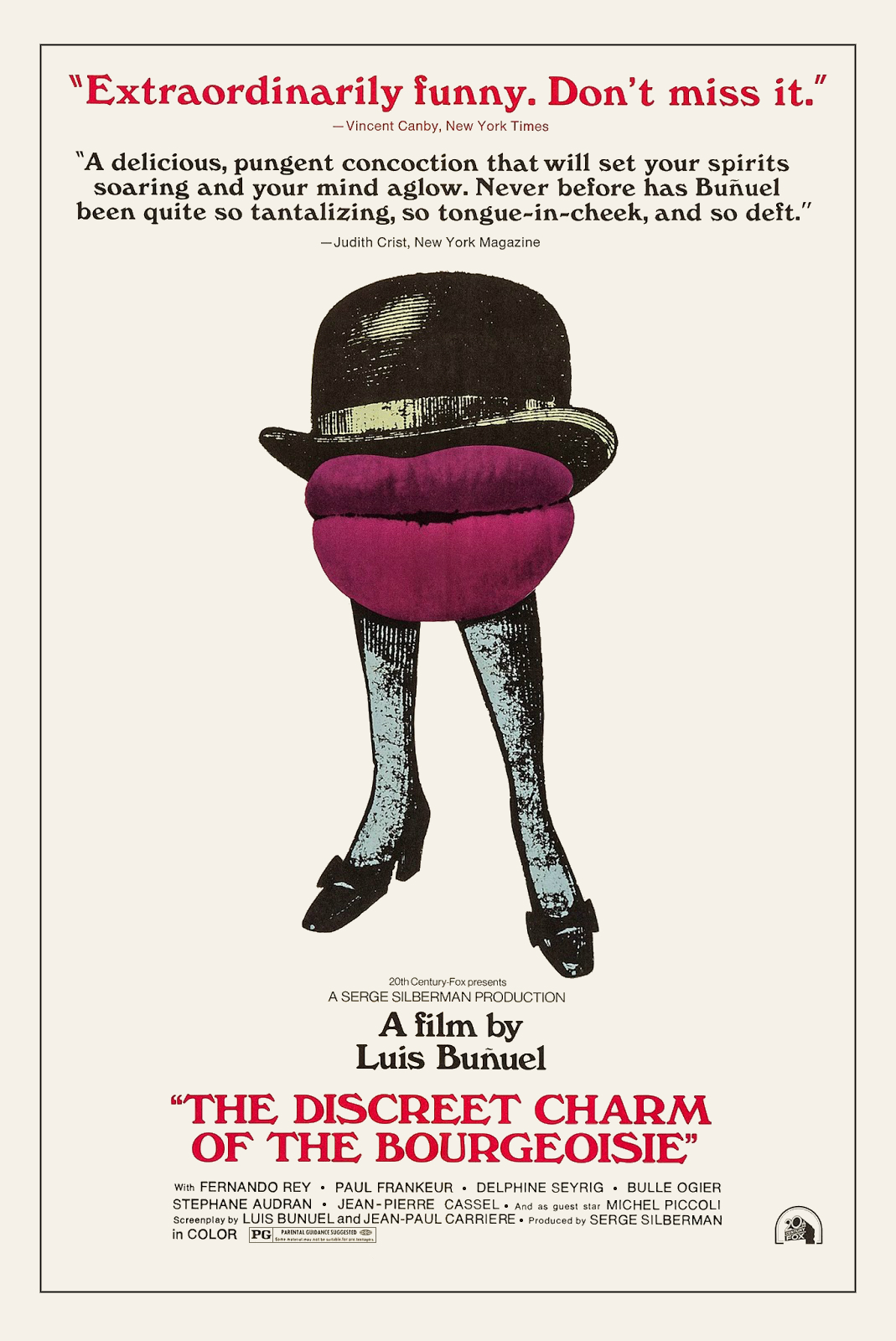 This is definitely what I would consider to be a very weird film. Nothing is as it seems to the point where by the end you could call it pointless. Not sure I’ve ever described a film in that way before but that was my first thought. Nothing in the film ultimately mattered and it was vague enough where you could have tons of theories on what really happened. I was laughing a bit by the end at how absurd it all was. So I liked it and while it’s not the kind of film you could probably check out a second time, it was good in just how absurd it all was.

The film starts off with a bunch of rich drug dealers heading over to Alice’s place for dinner. They had been looking forward to this after her invite but unfortunately she claims the invite was not until tomorrow. They try going somewhere for dinner instead but the place had someone just die which spoiled their appetite. As the film goes on things begin to get crazier as a terrorist group is after one of the old men, the cops are on the trail of the drugs, one of them is cheating on the others, etc. Will these guys be able to come out on top?

The movie is always moving which is a good testament to the pacing I suppose. Things tend to happen quickly like the main trio looking at their cocaine stash to casually entering the diner. None of these guys are meant to be heroic or relatable in the slightest. They’re all rich folk who put up a nice front but don’t seem to actually have respect for each other. From Alice and Henri deciding to mess around instead of meeting the dinner date to Simone and Rafael having their affair, everyone is only interested in their own business.

All in all, they definitely can’t trust each other but they do have a vested interest in keeping the cops off their back. We then start to get a lot of dreams where nothing appears to be real. This may have all been figments of their imagination. There is a scene of the main characters walking through an abandoned highway that keeps on going back into focus and is even how the film ends. So you can make the case that perhaps these guys aren’t rich and these are all delusions they’re having while trying to find a car to hitchhike with. That would make a lot of sense and that’s what I’m banking on here.

The delusions can be fun though like when Rafael shoots this one guy who kept insulting his kingdom. He definitely wasn’t going to stand for that and he certainly felt brave in the moment. In another dream the characters wake up on a play set where their whole meal has been part of the act. That was definitely another really wild moment but they took it in stride. You have ghosts going around and murdering people and even two different sob stories for one random army grunt.

The movie never slows down in how crazy it all is and that’s where the movie wins some points. It may be pointless in a sense because there’s no rhyme or reason to this but at least its entertaining. As it becomes a bit of an anthology, some of the segments are certainly more entertaining than others. For example the girl with the toy animals who kept trying to assassinate Rafael was one of the weaker plots to me. I think they could have cut her out or at least made Rafael a little less sinister the whole time.

It’s easy to forget that the main characters are basically all villains here since they’re so nonchalant about it. I assume they got greedy because they already have a lot of money so why take things any further? You could also say that they got rich because of the drugs though in which case that would explain why they are in this business. It’ll always catch up in the end assuming even the beginning was real though and I have my doubts. The whole film was fake if you ask me, just delusions on top of delusions while the heat of the highway gets to them.

If you enjoy some crazy comedy then you should have a good time with it. In a sense you may enjoy the movie more if you have no idea about the plot or anything since it can catch you off guard but nowadays that’s difficult. You will likely hear about it in some way or another even perhaps as you tape the film since it will have the summary available at the ready. If it’s vague enough then you may still be able to appreciate some of the twists though.

As for the characters constantly trying to enjoy a nice dinner, I must say that French cuisine is not my favorite so most of the dishes did not look that good anyway. I like the pastries and all but the main dishes they would reference just did not sound appealing. When it comes to food, American, Italian, Chinese, and Spanish are the top tiers for me. You just can’t beat those and I love so many things on each menu. Japanese, Cuban, and Mexican would follow closely behind where I like their foods but it can be a bit more of a gamble depending on the place. Finally you have Thai and French near the bottom for me although I would say French is still in last for now. In the end just give me a McDonalds Cheeseburger or a Domino’s pizza and I’m satisfied.

Overall, how much you enjoy this film will all come down to how much you enjoy the film messing with you the whole time. You have to like this kind of surreal humor a lot to actually find the movie enjoyable or you may end up feeling like you just wasted a lot of time instead. For what it’s worth, I thought the movie delivered on the humor the whole time so I did find myself laughing at times. Not all of the segments will be so solid but more of them hit than the ones that miss and the characters do a good job of reacting to how crazy things are. It’s not the kind of film you can come out with too often but I’d say it works here.

2 thoughts on “The Discreet Charm of the Bourgeoisie Review”