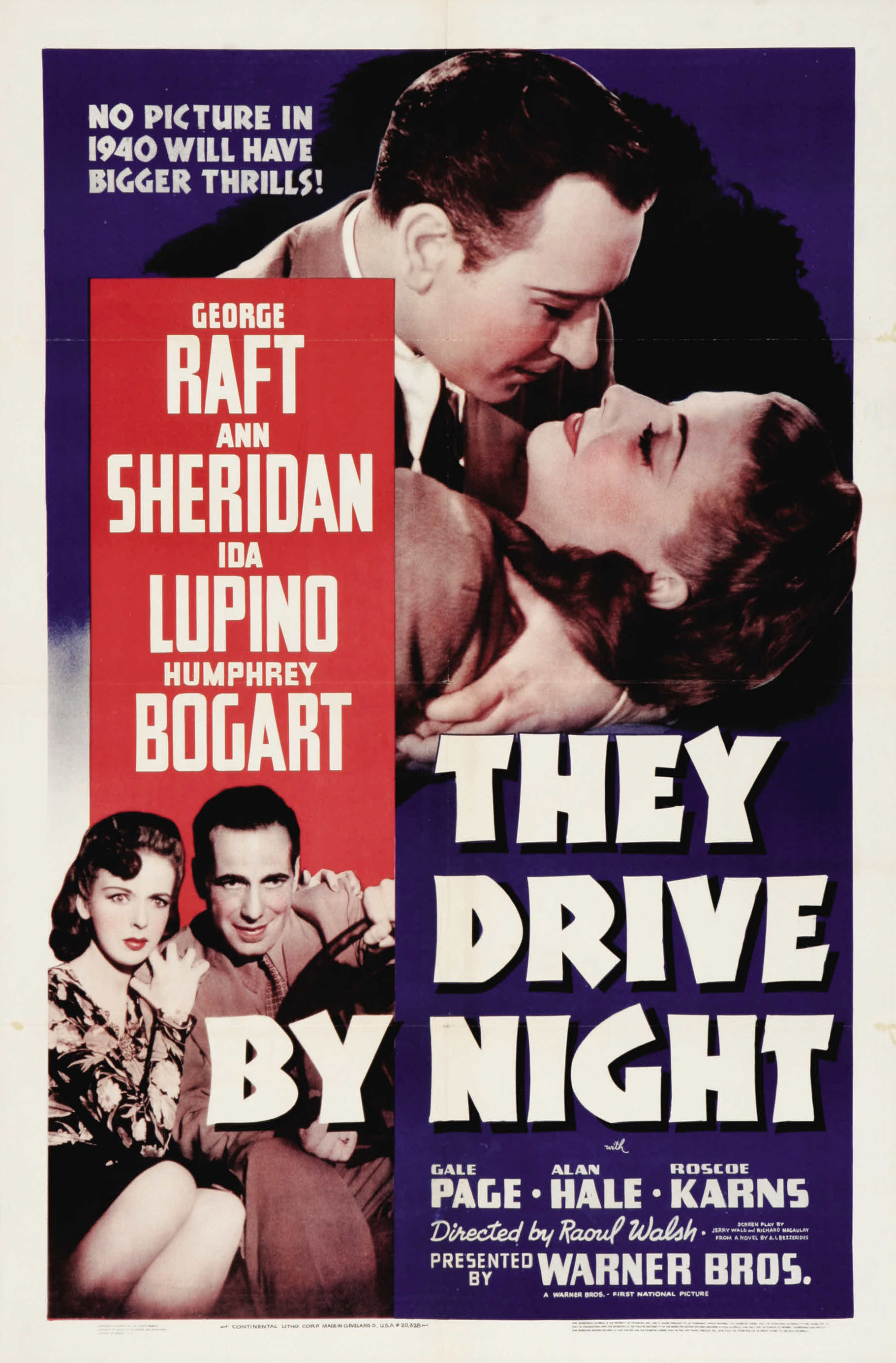 This was definitely a solid film all the way through. It almost feels like 2 movies with how the plot changes quite dramatically mid-way through but as long as you like driving and a solid drama then this is the title to check out. You won’t be bored at any point in the film since something is always happening and it’s just a solid all around title.

The movie starts by introducing us to Joe and Paul who are in the trucking business. It’s a rather difficult job that always has you on the go since the deliveries have to get to their spots without a delay. That means driving through all of the elements and even in the dead of night. Their boss ends to squeeze their profits away though and Joe has finally had enough. He aims to get in ahead of this with his brother Paul by having them own their own trucking business instead. To do this they will have to go and find items that people will need to instead of waiting for someone else to give them the things to ship, they’ll cut out the middle man.

Of course this isn’t easy. If it was then everyone would be doing it right? You’ve got the loan shark Farnsworth who is running around trying to get their truck. In fairness to him, the law is on his side at this point since the brothers are so behind on payments. Meanwhile you have Ed’s wife Lana who keeps trying to mess with Joe even though she is married to his friend Ed. Finally you have Paul’s wife Pearl who has been trying to get him out of the trucking business for years. Can she pull it off?

It’s hard to disagree with Pearl here as you see what the drivers have to put up with. You drive super long hours and even then you may end up getting the rug pulled up from under you. Some drivers end up crashing because they have to drive so late at night and get tired. It’s a very high risk job that ultimately seems to be low reward. Now if Joe can get his way and have them own the company then it could work out but it’s clear that this is a longshot so Pearl isn’t holding her breath there.

She does her best to support Paul all the while and is a solid heroine. She doesn’t make a fuss about it even when he disagrees. Paul is a solid character for the most part. He does go through quite a lot though and it does hurt him a bit in the second half as he doesn’t always take things too well. Paul is a very emotional kind of character, there’s no doubt about that.

As for Joe, well he is a very solid main character all the way through. He knows how to stick up for himself and puts up a good defense when someone tries to take him out. Throughout the movie you have Lana trying to seduce him but Joe stops that from happening at each turn. So in the end he’s a classy guy who did his best to make his dreams come true. Even with the deck stacked against him, Joe didn’t waver.

Then you have the main heroine Cassie who ends up getting roped into all of this. Joe can be a bit desperate the whole time so you couldn’t blame her if she decided to ditch him though. The romance is all rather fast so I wouldn’t say it works all that well. The real standout character here is Farnsworth though. The guy knows the law and his rights so he isn’t afraid to talk tough to the truck drivers. You actually feel a little bad for him the whole time because everyone gangs up on him.

Being a loan shark is absolutely not a popular job and the characters consistently let him know this. At one point he is even thrown out of a bar just for trying to do his job. Ultimately he does get his money but nobody makes him feel good about it. It’s a shame to be doing your job well like that and everyone’s still attacking you. I was rooting for him all the while because the circumstances aren’t really something he should need to consider. He’s just gotta get the funds.

Another character I liked a lot was Ed. So in a way my favorite characters weren’t even from the main pairs. Ed probably put up with way too much from Lana and their relationship was never going to be great but he’s really amusing to have on screen at all times. No matter how many insults she threw his way, Ed never backed down. He would just keep on laughing and taking it all in stride. It’s nice to see a character like that who was just unshakeable. He unfortunately just wasn’t very smart.

Lana is rather desperate as an antagonist so I wouldn’t say I was a big fan of her. For the antagonist you need to have a very strong motive after all and good ole jealousy doesn’t work so well in that arena. She also really fumbled the bag in the end since she really had a shot to do some major damage. Ah well, better luck next time and all but she’s not going to get the drop on Joe. He’s just too solid all the way through.

As I mentioned earlier, you’ve almost got two films here. You have the first bunch which is about the dangers of driving at night and you have a lot of solid drama here. Then in the second half it becomes a little more intense as Lana keeps trying plan after plan to get at Joe. I definitely enjoyed seeing the courtroom scenes that came in since that’s always fun. It’s a fairly quick plot point but still appreciated.

A film like this has to have really good writing in order to succeed and that was not an issue here. The writing was balanced from start to finish and I had no issues with it. The story was interesting and the characters were good so that was enough for me. It’s a film where the story naturally changes and adapts as you go through it so it makes for a fun watch with a good amount of replay value.

Overall, They Drive by Night is definitely a pretty good movie and one that I would recommend checking out. Whether you want a more low key film or just enjoy some solid drama, there’s a lot to like here and very few negatives. I wish things could have gone better for Ed since he’s a lot of fun but that’s why it’s always important to keep your guard up 24/7.