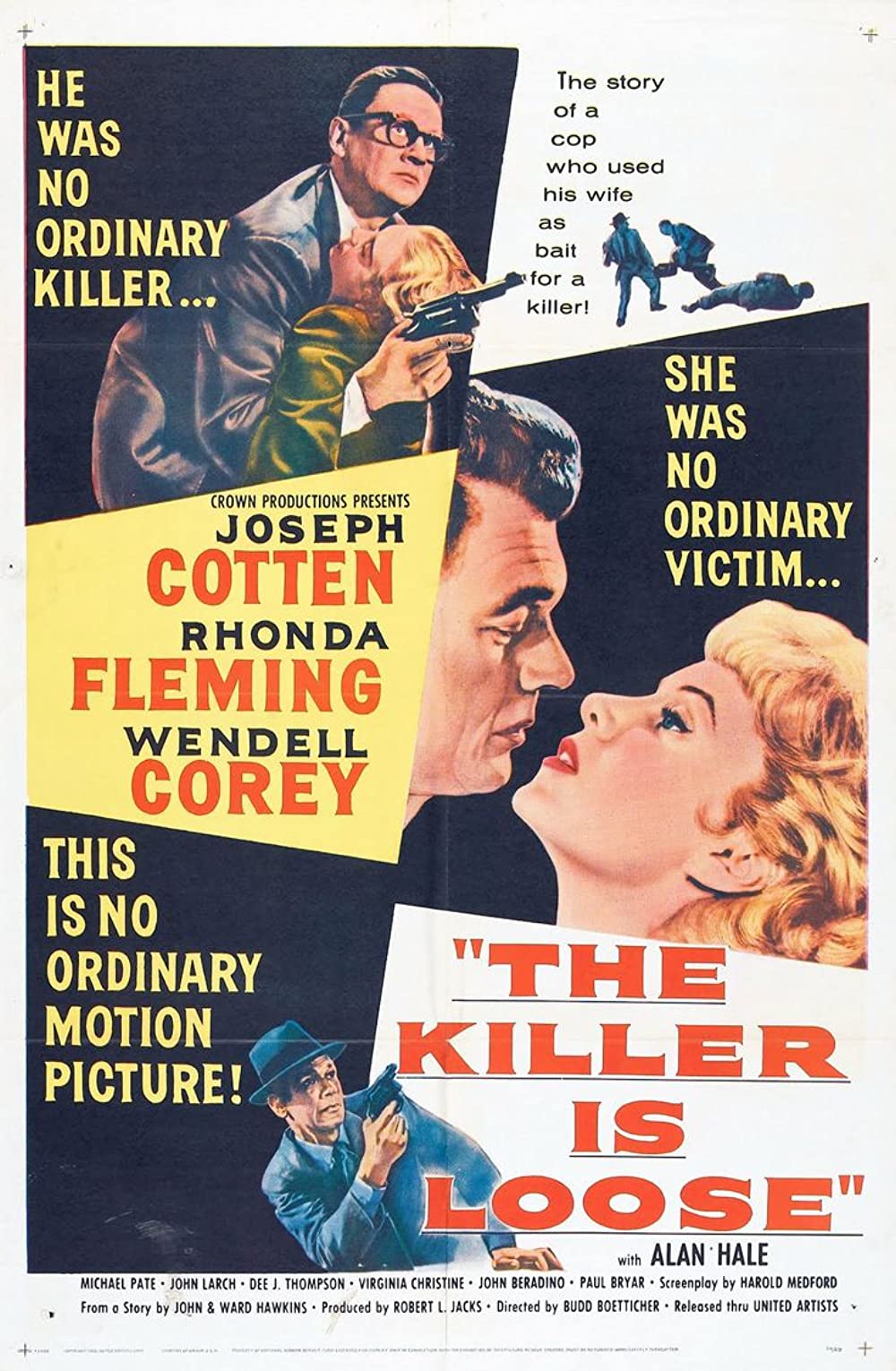 With a title like this you know that the killer is going to break out of jail so you’re waiting to see how that plays out. This is a solid thriller film and I’d say that it did a good job of keeping you entertained all the while. It’s a bit hard to see how this guy got so far, particularly since he’s not a master criminal or anything like that. I guess it just came naturally to him.

So the movie starts with a classic bank robbery. One of the employees named Leon tried to stop the crooks but he got served up. Well, it turns out that was all an act so when Sam and the other cops show up to arrest him, Leon fights back. In the skirmish Leon’s wife is shot and he loses the will to fight back but promises that he will be back to destroy Sam some day. Fast forward a few years and Leon suckers everyone into letting him onto a vehicle where he murders the cop and starts his trail of revenge. Will he be stopped in time or is it all over for them?

Now Leon is playing the blame game from the start but it’s all his fault when you think about it. The cops were going to go in without firing their guns, but of course Leon had to shoot first which forced them to respond in kind. They understood that the room was empty and didn’t know his wife was present. Again, Leon should have been the one to either let her know to stay back or yell to the cops that he wasn’t alone. It’s possible that even he didn’t realize that she was there but even then that’s just another point against him. Either way, to say it was Sam’s fault at all is a huge stretch. I suppose villains tend to be insane though and that works out for this guy.

Leon isn’t a very intimidating villain though. While that is partially the point, it also means that you have a hard time believing that the cops haven’t taken him out yet. He’s just a mild mannered guy with glasses on the run from a whole country of cops. This should be an open and shut case right away but he manages to finesse them at every turn. They really need to work on their trapping skills in order to stop this guy, that’s for sure.

As for Sam, he’s a solid main character He’s done his best in each case and has to put his life on the line again for this one. I think he could have been a little more up front with his wife Lila on the plans though. Sure, she tends to panic a lot but in theory she’ll panic more when she hears things second hand instead of direct. I’d argue that this is exactly what happened here if anything. She doesn’t look good in a lot of the scenes because she is always panicking but a big chunk of that is also because she had to find things out the long way.

Sam still did take a lot of risks though and I liked him as the lead. As for Lila, while things ended well with her, I do wish she could have been a little more reasonable at the start though. That wouldn’t have been too much to ask for and it would have been beneficial to both of them to have been on the same page. I liked seeing all of the unity between Sam and the other officers too. Everyone was trying to catch this guy and nobody was giving this a half effort. They were all the way in with this plan.

It’s a rather direct film story wise as you know the villain is coming closer and closer as the film goes on. There aren’t really any twists and turns here, what you expect is what you’ll get. So the execution is important and I would say that was good as well. The writing was solid as expected and the pacing was good. The film never gets boring and the cast was solid. You do feel bad for any character that runs into the main villain though as you know they’re doomed.

There was one guy who was kind of friends with him but always used a nickname that Leon didn’t really appreciate. It didn’t feel like there was a whole lot of bad blood there but Leon is definitely the type of guy to take things extremely seriously. So as soon as Leon enters the house you know things aren’t going to go very well. It’s why I have to say that you need to make the first move if you’re held at gunpoint. Lunging at the gun is likely a better idea than just standing there. If you let the owner of the gun have all of the initiative then you’re basically dead already unless they decide to spare you. That’s not something you want to wager your life on though so a better idea is to make your play. Either you get the gun or you don’t but that’s it in an instant.

Overall, The Killer Is Loose is a good film about teamwork on the heroes’ side. They all used every method and asset possible to take this guy down. Even then it was ultimately super close and Lila got to play a much bigger and more dangerous role than Sam would have wanted. So if they didn’t all jump on this right away and get set, that would have made the situation even easier for Leon. Hopefully the town rethought their good behavior policy a bit. Of course you want to have one but at the same time you gotta use it within reason or villains will just pretend to have a change of heart like this guy and we see how that went. The whole fields area was a bit too relaxed the whole time.