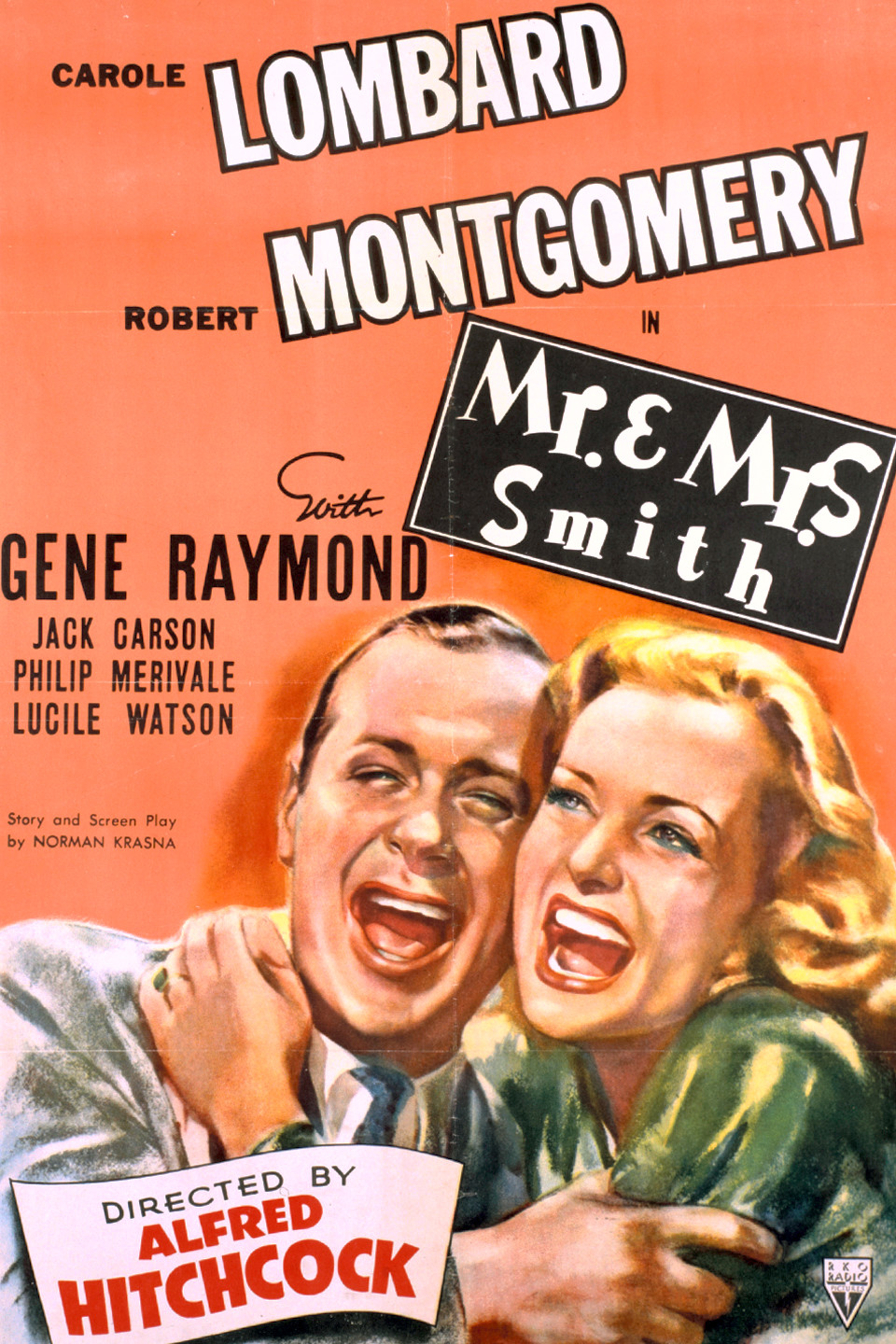 Now you may be thinking of the newer action film when you see this title, but this one’s going for a very different vibe. There isn’t any real action to speak of this time as it’s more of a romance comedy. I feel like there’s definitely better ways you could have executed this plot but all in all it’s still going to give you a decent time. It’s one of those films that is right in the middle. It’s not particularly good or bad so you’ll have your share of good and bad times with it. Mainly I’d say it’s that there are a lot of missed opportunities and you sense that it could have been something more.

The story starts with Mr. Smith and Mrs. Smith having another one of their big fights. They have a rule where neither one of them can leave the room until they have made up. Apparently this can sometimes result in their spending 8 days inside the room. Mrs. Smith has a whole lot of rules with this being one of them and you can tell that Mr. Smith is not too thrilled with them to the point where he says he would not marry her again if given the choice. Of course it was purely hypothetical…until he is told that the marriage actually wasn’t legal since there was an issue with the borders. Now Mr. Smith is being given the second chance he had just considered and is determined to make the most of it.

Mr. Smith decides not to tell Mrs. Smith about this as he is now relishing his freedom but little does he realize that she has also been told this and is quite steamed about the whole thing. Will they end up getting remarried or will this event be the trigger to their doom? One thing’s for sure, they are no longer Mr. & Mrs. Smith but have returned to David and Ann.

It’s certainly an interesting angle here. You like to think that for 99% of instances the couple would just walk to the office and get remarried in a heartbeat. I could see some deciding to make a fun party/event out of the ordeal or maybe even relive their first date. More in the manner that Ann was expecting with David to propose again. Of course we wouldn’t have a movie if that were the case and so this ends up being a whole big deal for both of them. While we mainly saw Ann’s faults from David’s perspective at first, we then get to hear Ann’s list of complaints later on. They certainly had a lot of issues with each other.

The film also reverses course a bit as initially David is the one who seems to not really want to remarry Ann but then when she decides not to get back together David is the one playing the Uno reverse card. Effectively it seems to me that David just wanted a few weeks of being single again and probably would have told her eventually but to Ann that was already a massive slight and so she decided to have a permanent split here. To her defense David definitely should have come clean from the start. There should be no hesitation in wanting to get remarried to bring things back to how they were. It doesn’t help that he had just responded to the hypothetical question earlier that day so she saw his true feelings.

Meanwhile on Ann’s side, she was way too quick to go on the rebound. Now initially she was just messing with David presumably but she actually gets serious about his best friend Jeff. This hurts her quite a bit because it shows that she was actually willing to go all the way to marriage with this guy just to spite Jeff. There’s a limit to how far you should go in a moment like this and she goes well beyond it. At that point it feels like the marriage can never be the same again. Once the rebounds are in play then all bets are off.

So I wouldn’t say that either of the main characters were particularly good. David getting Ann fired was also rough just as she was trying to start things off again. Meanwhile Jeff was no good too. Deciding to actually go through with this and have an affair with Ann was awful. Sounds to me like he was interested in her the whole time even while she was married and just made a move now that she was back on the market. This is another thing that you can absolutely never come back from. Once your feelings are out in the open like that, well that’s it. You can’t put it back in the box so to speak.

He wasn’t very smart either as he didn’t try harder to see through David’s deceptions. The ole pretending to be sick routine really shouldn’t be working like that either. C’mon now, it’s obvious that he was faking with all of the over acting. Jeff seemed to suspect at first but then started to weak on that. Additionally, the scene of Jeff getting drunk was also rather painful to get through. His final straw was in not defending Ann when David put her in a chokehold. Sure, by then he saw how manipulative she was, but it still wasn’t a good look for him.

I guess by the end we see that Ann actually enjoys some roleplay with Jeff as they mess around and presumably have their happy ever after but it’s hard to see this working out. The film has some solid writing and a good script which is all well and good but the characters needed to be a little better in order to make it to the next level. I think this plot really had a whole lot of potential to do something amazing and it just never reached that point. It really could have been more fun than it was. The direction was a little different than what I expected.

Overall, Mr. & Mrs. Smith is a film you aren’t likely to forget because the plot is really original. I actually think this is one of the rare times where a modern remake could actually improve on it a bit. It just feels like a comedic goldmine for potential. I would also increase the time frame so they’d have been married for 10 years or so instead of 3. Adds to the drama of the whole thing and you could really play up how each character and their supporting cast takes it. Give their families a bigger role since their “helpful” advice could also really help add to the dynamic.