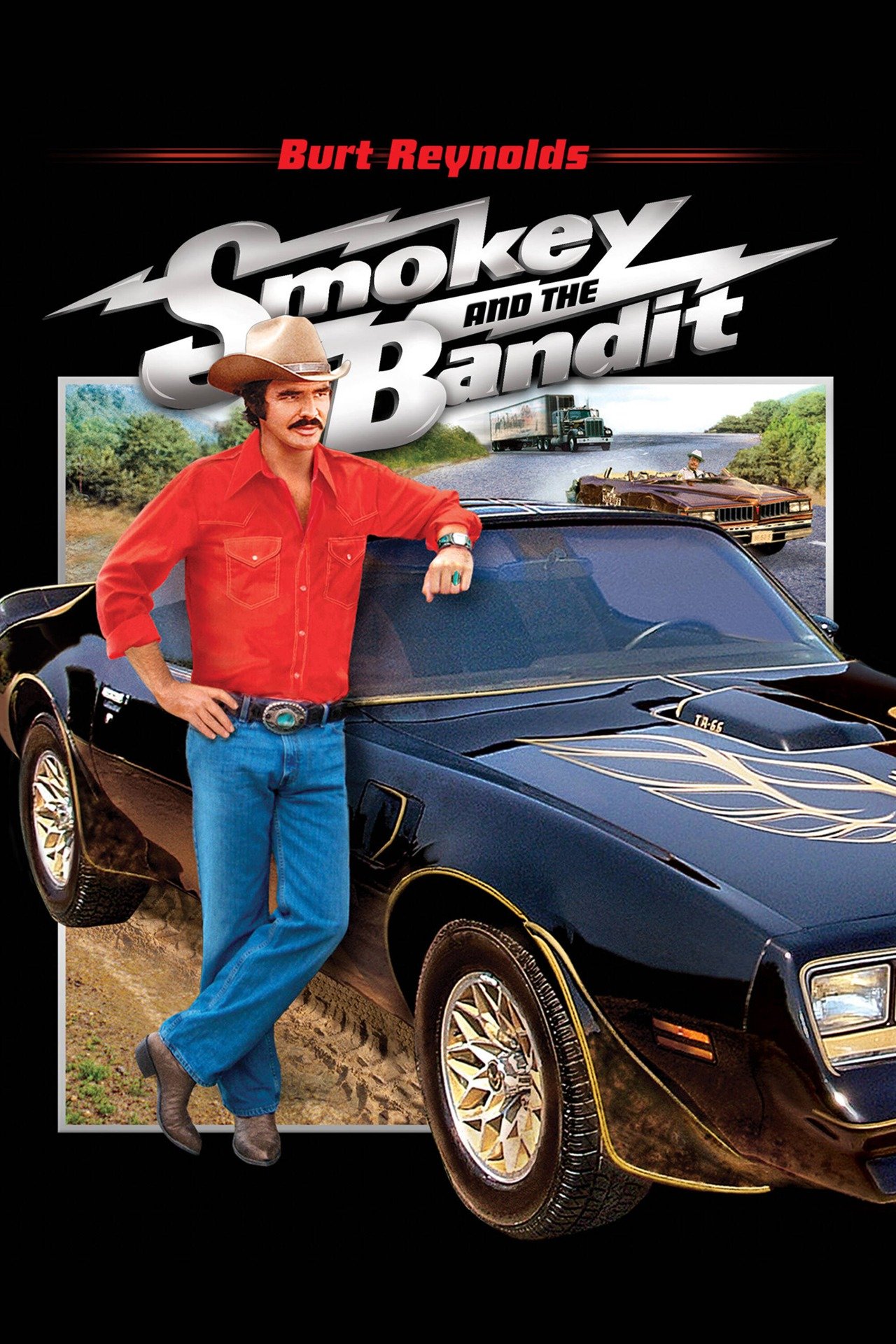 Now this is one of those films that has a classic feel to it. It’s all aged well from the humor to the plot itself. It may be fairly basic but the execution is on point and it doesn’t drag on. This is a good example of a solid all around comedy movie with memorable characters and music choices. Definitely a solid flick that you can check out at any time.

The movie starts with a trucker getting pulled over for trying to smuggle beer across state lines. This is a rather serious offense and it’s been going on for quite a while now as two guys in particular are really trying to make this happen for their big celebration coming up. Finally the rich duo are forced to ask for the help of Bandit, the most notorious truck driver in town. Everybody loves this guy, he’s effectively a local hero. Bandit agrees to help once the price is driven up enough. He contacts his friend Snowman who decides to bring his dog along. They must now get ready to drive an extremely long distance to get these beers what feels like halfway across the country in 48 hours.

There are two hitches to the initial plan though. One is that Bandit meets up with a girl who they later give the handle Frog, who has just ran off from her wedding. At the last second she decided to call it off and will be hitching a ride for now. Due to that there is a second hitch in that they’ve attracted the attention of Smokey, a very influential sheriff from Texas. His son Junior is the one who was going to marry Frog so the guy is extremely steamed and will get even more upset once he finds out what they are up to. This guy will do whatever it takes to stop them, even if it means tangling with other state law enforcement agencies. Can Bandit really pull this one off?

There’s a lot to like about this movie. The simple set up of a car chase across various state lines is really solid because then you have time to try and make the chase memorable. The movie pulls this off with its solid character cast which is rather small but as a result they all have strong character personalities at all times which can lead to a lot of good dialogue. The script here is consistently solid with all of the dynamics.

Bandit and Smokey have a very antagonistic relationship going here as Bandit will always talk very sarcastically or throw out plain insults while Smokey is yelling the whole time. Bandit and Frog also have a lot of good banter going on the whole time as they hurl insults. Now you know this will eventually turn into a romance so you will probably shake your head at that, but before that point there’s a lot of good dialogue going around. I’d say the same is true of all the characters, you’ll have a lot of fun here with how quickly they throw out all the lines.

Bandit is a very entertaining main character. He’s up for any challenge and always knows how to lose the cops. He may not be a hero as the guy is illegally smuggling and it sounds like this isn’t the first time, but at least his crimes are not violent ones. He’s not attacking anyone or anything like that, which doesn’t suddenly make him a hero or anything but he has his own honor code. I don’t see any romance with him lasting for long though as he likes to flirt with everyone and doesn’t seem like a very loyal guy. He just goes where the wind takes him.

Then you have Frog who is a rather fiery character as well. She goes with her gut even if her instincts kick in halfway down the wedding aisle. Frog can keep up with the fast paced banter as well as everyone else and takes everything in stride. That’s part of what makes the dynamic with her and Bandit work. She’s not out of her element at all and is just a very grounded character. Frog even gets to drive the car herself at times.

Snowman is a solid partner to Bandit. He plays the part of the more reasonable member who isn’t necessarily jumping on these challenges but won’t back away from it. His dog was a nice member of the crew as well. Part of what makes the scheme Snowman and Bandit are running have a much better shot of working than all the other truck drivers is because there are two of them. Basically the set up is that Bandit drives ahead in the car and if he sees any cops then he will lure them away as Snowman goes through in the big truck. Likewise if Snowman sees them then he can give Bandit a heads up. It’s not a full proof system or anything but it’s better than going it alone.

A lot of the time the heroes end up getting bailed out by their friends though. Bandit has a ton of fans on the airways so you constantly have people intentionally getting in Smokey’s way and helping out. Without them the main characters would have lost a lot of times. You can see why Smokey gets so heated because everything seems to be against him. What he doesn’t realize is…everyone is against him!

Smokey is a very entertaining character and definitely one of the highlights here. Part of what makes him really work is how exaggerated he is. The guy is extremely full of himself and believes that he represents the law 100%. Nobody else can get any say here because he knows that he’s always right. I respect his determination at least. You can tell that he’s someone who takes advantage of his power and gets set off too quickly but that’s what makes him such an intense antagonist. You may even find yourself rooting for him at times.

He sure takes a lot of shots at his son Junior though. Junior isn’t very smart and seems to lose intelligence the more he appears but at least he means well. Things just never work out for him and so he digs a hole for himself that’s deeper and deeper with each line. Sometimes the best thing to do is to not say anything at all and that’s what he will have to try and learn at some point.

As I mentioned earlier, the soundtrack here is solid. Smokey has his own theme which is always good. It definitely lets you know that something’s about to go down. What this film also got right was having Smokey still be a competent officer. We see that he does better than the other cops and is also intense enough where the teen delinquents fear him. This is a hard but important thing to balance. If Smokey was totally comic relief then the whole dynamic wouldn’t work as well because you need that fear to show how good Bandit is. It’s only impressive to see Bandit beating Smokey because we know that nobody’s ever bested him before.

The only weak part here is the obligatory romance and the film doesn’t spend a whole lot of time on it. You can just tell that it’s here because it has to be when Frog and Bandit’s banter was much better as reluctant allies. Once you go the romance route then you can’t really recapture that and so the film loses out on a lot of potential for the sequels and for the final act of the movie. Changing the dynamic like that is always risky and it didn’t pay off here.

Overall, Smokey and the Bandit is a very fun film. It’s got a lot of really solid dialogue moments which is important for a film like this and the humor is really good. It’s a very balanced movie from start to finish which is important. It never drags on and you’ll have a solid time with a very satisfying ending. So there’s no point in the movie where it loses steam and that means I can easily recommend this to just about anyone.