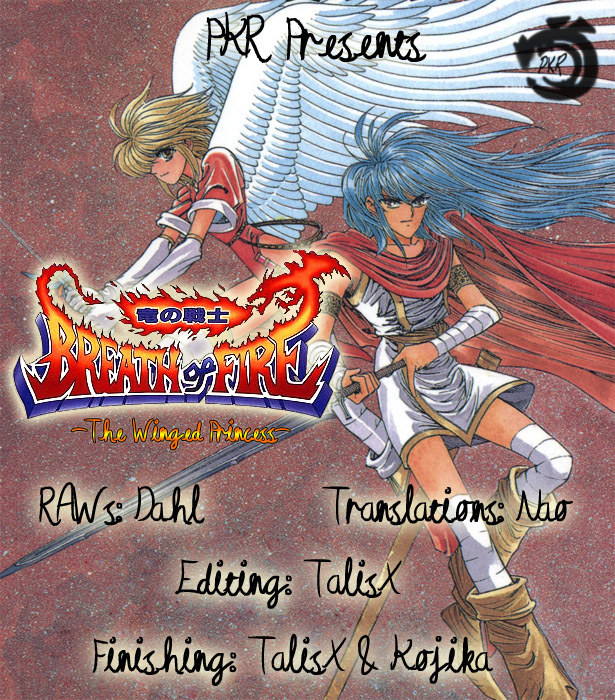 Breath of Fire has returned with a new adventure. It actually brings the characters from the first story back for a round 2 which is pretty neat. It’s nostalgic to see them all back in action. It captures the hype of getting to have all of the characters fight it out once more and also with introducing a new threat who is even stronger than the last one. It’s over as soon as it’s begun with only 8 chapters at the ready but this is still a satisfying read all the way through.

The story begins with Nina telling her story to some kids as she wraps up the first adventure. She makes sure to omit some details though. Nina is having a good time for the most part but misses Ryu as he hasn’t come to visit in a long while. In general the 8 heroes haven’t really stayed in contact much and that’s about to cost them. A pair of ice demons known as Zazan and Kruce have appeared and are targeting the 8 legends. They’re all being hunted down and yet nobody knows about this until it’s too late. When they attack Nina as well, she fears the worst and is thrown into the fray. Can she get the band back together in time to stop the ice dragon god from returning or are they all going to enter an eternal slumber?

It’s a rather specific premise but I always like it when a sequel brings in all of the characters and has them get wrecked or at least challenged by a new foe. Because at this point the heroes have seemingly already beaten the most powerful villains alive so who could possibly be giving them a fight right? That’s the kind of hype that this conflict generates and I’d say that Breath of Fire does well with that. It also tries to balance giving the new villains hype while still having the heroes be considerable threats which isn’t easy to do.

As you can probably guess, there are some excuses made for Ryu when he is attacked by the villains. As we say in the world of competitive gaming, no johns. He still did lose the fight no matter what the context was and it was one of the big scenes here. The battles are often very short since there isn’t much time for anything beyond moving the plot across but the suspense is always right there with you.

Nina works well as the main character here. She has a lot of reasons to want to get the band together and being a member of royalty also means that she will have some connections here. She even has two guards who try to protect her at all times. They were actually rather solid and get some big moments in the story. You always feel like they are probably doomed since they weren’t apart of the main character cast but they never back down and fight their hardest at all times. I could definitely appreciate their dedication.

Nina also looks very good as the leader in how she tries to come up with plans to help Ryu and keeps the team together. At this point she is the heart and soul of the team. Sure, Ryu is the most powerful but he doesn’t really like fighting and is more of a solo act at this point. He commands everyone’s respect but being leader isn’t really something he’s all that interested in. Of course I did have a lot of fun watching him battle once Ryu finally got into the mix. He definitely does not take prisoners, that’s for sure.

I’d say the other standout character from the heroes was Deis as she is still treated like a true powerhouse here. In a straight fight even the new villains were having a hard time with her. She absolutely had the advantage but unfortunately as a hero there will always be a lot of other people that you have to look out for. That’s just the way that it goes. Ultimately it made for a reasonable explanation as to why she didn’t just end the series abruptly. 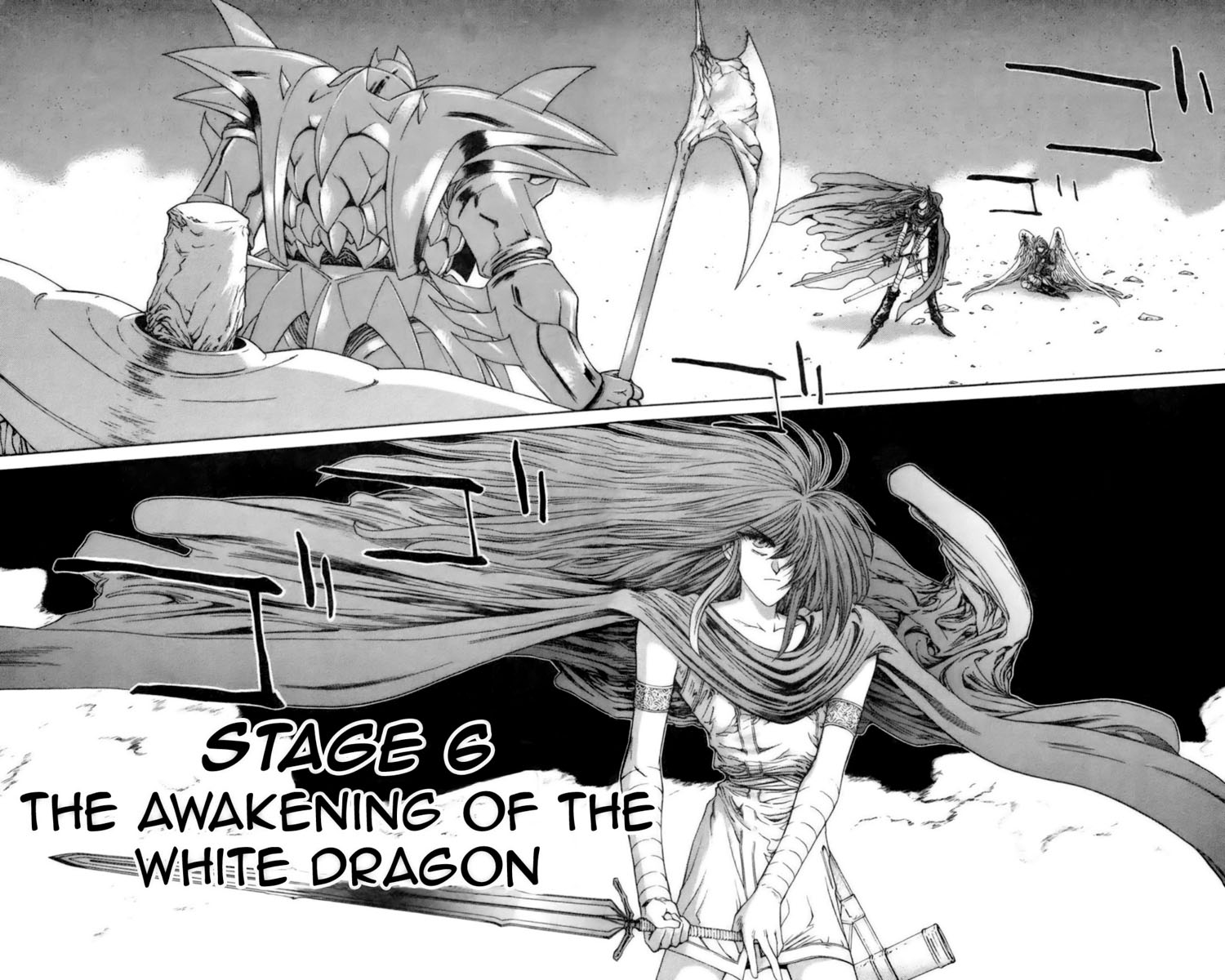 If you’re a fan of Mogu, Manillo, Builder, or Danc then you may be sad as they get the shaft. Hey, you couldn’t possibly expect the series to squeeze everybody in right? The series did its best but there’s only so much time in 8 chapters and I think they chose the right people to give a focus. For example Gilliam got to do a lot here as he fights hard and is treated as a very dependable ally. He knows how to take care of himself so the heroes don’t really have to worry about him. He feels a little out of his league here but doesn’t complain about it. Gilliam just gets up and goes straight to business.

As for the villains, there were two main ones here. First is Zazan who gets the biggest role here. You could call him the mastermind of the villains and is instrumental in reviving the god because he’s a spellcaster. Zazan can activate the magic needed to make this all work out but in the meantime he likes dishing it out in combat against the heroes. I liked his confidence and he’s a very prideful villain. Zazan ends up looking good throughout the series and was a very intimidating presence.

His partner Kruce was less notable but no weaker. The guy made his presence known as well but was a more direct fighter who uses brute strength to get through. That puts him in a good spot to defeat most of the fighters but naturally that wouldn’t fly against someone like Ryu. The two villains had a solid dynamic going and I’d even say they trusted each other. You like to see that from villains every now and again. Their leader the ice god was decent as well but he only gets to appear for a chapter or two so there’s not a whole lot for him to do.

Picture any big villain and that’s basically this guy. He’s got endless amounts of confidence up his sleeve and a lot of power but you know that he’s just doomed from the jump. Ultimately there isn’t a whole lot that he can do to delay his inevitable demise. If the series were longer then he would probably be able to leave more of an impact.

The artwork is really good here. It’s definitely a step up from the original manga. The style is very different though so this could definitely depend from person to person. It works for me though, it had that old school fantasy look to it. The characters are more detailed and the fights really go in depth. Each page has a lot of power to it and I just had no complaints with how it looked. It was all very satisfying to me.

So the story here is simple but the execution is solid. It’s really the definition of a good action story. You get to have some fights and each big character gets their chance to shine. There’s no twists or anything deeper than the villains trying to summon the god and fighting the heroes but there doesn’t need to be. It all just flows together smoothly and the 8 chapters can easily be sped through in a single sitting.

The climax happens quickly but with the amount of tension and atmosphere that you would get after a longer story. The planet is at stake after all and the heroes are facing their toughest threat yet. It all feels very real even while going all the way through. It’s also worth noting that there just aren’t any weak points to the manga. It’s got good pacing and each chapter will keep you at the edge of your seat. It would work really well as a movie and that may have been what they were going for here. 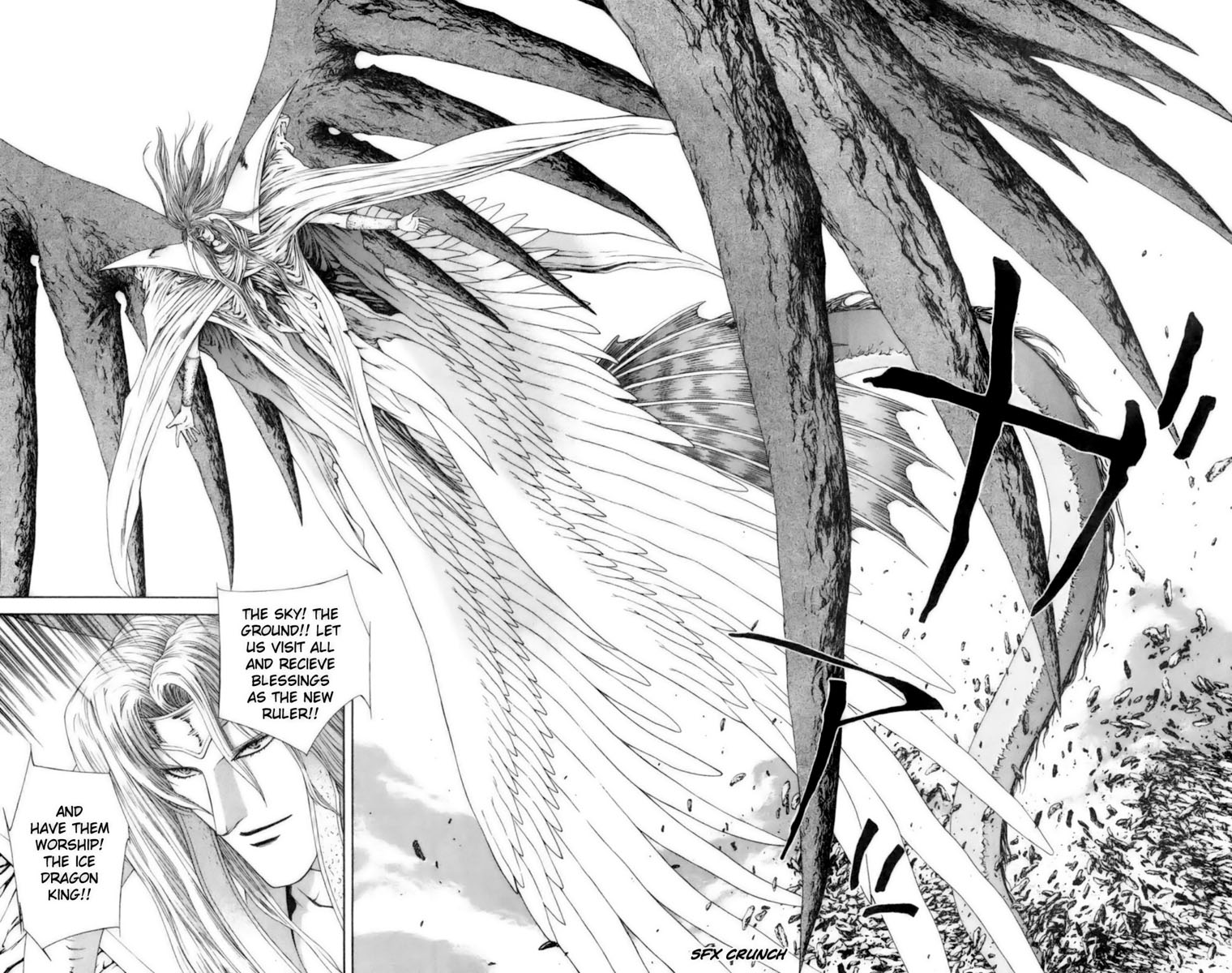 Overall, Breath of Fire continues to operate on a very high level here. Even if you haven’t played the game you could get what’s going on here but it probably won’t hit you with as much nostalgia. It won’t really feel as big a deal to see the 8 heroes of legend taken out so quickly. At its core this is a very dramatic epic with good amounts of action and story. You want to read it with the full context to really get the complete impact. Hopefully they bring the characters back again in the future, I’m sure there’s still a lot you could do with them.