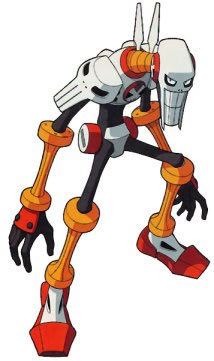 Suggested by Destroyer Skullman and Emerl are both very fast fighters, but Emerl ultimately has better attack power and defensive abilities. He would be able to seal the edge and his advantage would grow more and more as the fight goes on. Skullman just isn’t built for a long battle the way that Emerl is. He wouldn’t be able to stay in the fight long enough. His fight with Meganman was impressive but he would need something more. Emerl wins.