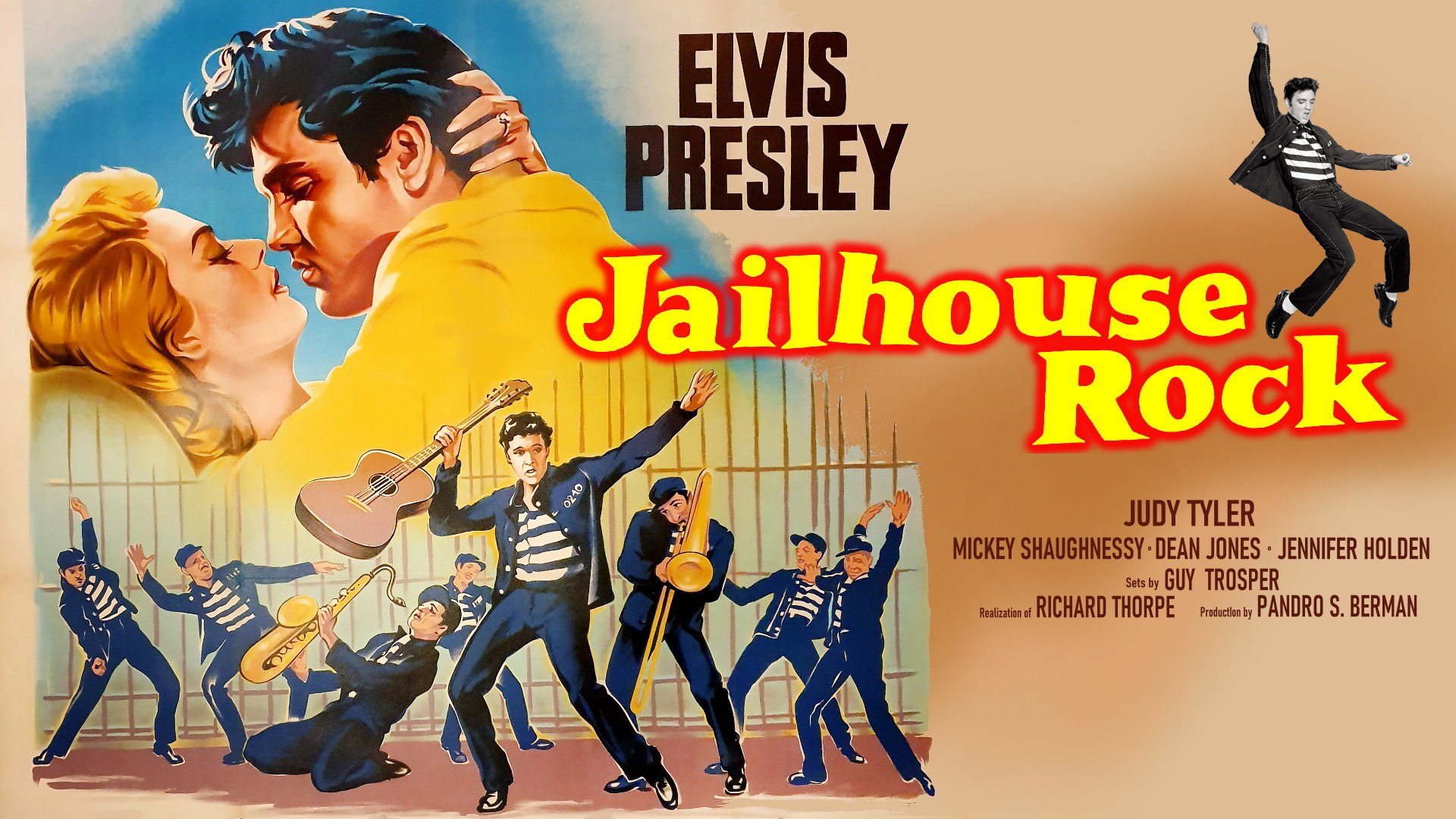 I haven’t seen a whole lot of Elvis so this was a good chance to see him in action. It’s a very retro kind of film that is entertaining but I wouldn’t say it’s one of the greats. The movie does avoid one major source of drama that I was expecting so that was impressive though. It actually threw me for a bit of a loop there and I appreciated that. Either way you’ll have a good time here.

The movie starts off with Vince murdering someone that was bothering a lady at the local shop. He’s taken to jail as a result and there he meets Hunk, the prisoner who pretty much runs the place. The main currency here is cigarette packs. If you have a lot of those then you’re in good shape but otherwise you’re in for a rough time. Hunk teaches Vince how to play some music and explains that this is the best way to get rich. They end up doing really well on a show together, although mainly it was Vince who was the hit. Hunk figures he can leverage this into some success down the road so he has Vince sign an agreement that they will team up in the future with Hunk getting a 40% cut.

Well, Vince heads out into the world where he meets a girl named Peggy who is a bit of a records agent. She gets the music to the people who need to hear it. It’s a long road to the top but Vince does rather well for himself. The only trouble now is that it’s starting to get to his head and he’s taking Peggy for granted. Additionally Hunk shows up and wants his cut. Will Vince be able to get out of this in one piece or has he doomed himself already?

I can’t say I liked Vince much at all here though. The guy was always acting rather aggressive and antagonistic for no real reason. Like when he got to meet Peggy’s parents he jumped right into being defensive and landing a bunch of insults. He keeps this up throughout the entire movie and can never seem to have one conversation without immediately attacking. Even the scene where he murders the guy early on is because he doesn’t know when to stop during the fight. He just keeps going and gets himself into trouble. He’s lucky that his fight at the prison didn’t end up setting his return date back in a big way because that could have been bad.

Vince seems to think he can cure all of his problems with a kiss and unfortunately that tends to be true. For both Peggy and the actress he was working on in the latter scenes, he just acts as mean as he wants because then whenever they start to tell him that they’re leaving, he just pulls out the moves and they’re okay with it. Because of that he doesn’t feel any real need to change and so he doesn’t. I think the film could have been a little tougher on him or at least made sure that things didn’t go Vince’s way all the time. Would have made for better character development.

It also hurts the other characters a bit like Peggy. It’s hard to see what she sees in him as a result. She should have laid out better boundaries here and once he cut things off, I’d say the romance should have been off the table too. He was just too greedy and wanted everything without giving anything up in return. That’s not the right way to kick off any relationship.

Now I did appreciate the part in the film where Hunk confronts Vince with his blackmail but is quickly defeated. Vince wisely checked with his attorney first and confirmed that the contract was not going to hold up. I liked this because usually what would have happened is that this would have been a whole big mess as Hunk keeps blackmailing him into doing a lot of stuff like giving Hunk more commercials and it would have all been pretty sad. Instead this was stopped at the jump. Vince still gave Hunk a chance to play live but when that didn’t work out, that was it. He gave Hunk a side job and called it a day. That was the right way to handle this but it’s just so rare to see that I ended up being surprised. Most impressive I would say.

So I may have had my issues with the film like the main character and the weak romance but at the end of the day it was still fun. It doesn’t drag on and the film is really quick. It also handled Hunk in the right way. He’s a greedy guy who wants a lot of money and all but he ended up not being comically evil. Once he got a good deal then he was ready to be supportive. That’s absolutely what you want to see here.

Really if Vince wasn’t determined to be awful at every turn then he really would have been mega rich. Why would he be slacking on the records of all things? That was his first big career move and it felt like music was his passion. I guess in the end relaxing and just enjoying his spoils was really the most important thing to him. Definitely a shame.

As for the music, well I wouldn’t say I’m a big Elvis fan but the songs were catchy enough. I can see why they would have gotten big back in the day. They’re certainly easy to dance to and that’s really the main ingredient you want to see in a song. The country song was a little slow but as Hunk was doomed to fail that was probably intentional. The songs properly enhance the film without taking it over so I would also say that the balance was on point here.

Overall, Jailhouse Rock is a good movie. It’s one that probably could have been better but either way I’d recommend checking it out if you want to have a fun ole time. There’s a good amount of replay value here and it’s just an uplifting movie from start to finish. Even when things get serious like at the ending, it’s never for very long so you can go back to grinning and cheering again. I’ve certainly got another Elvis film coming up so we’ll see how it stands up to this one.