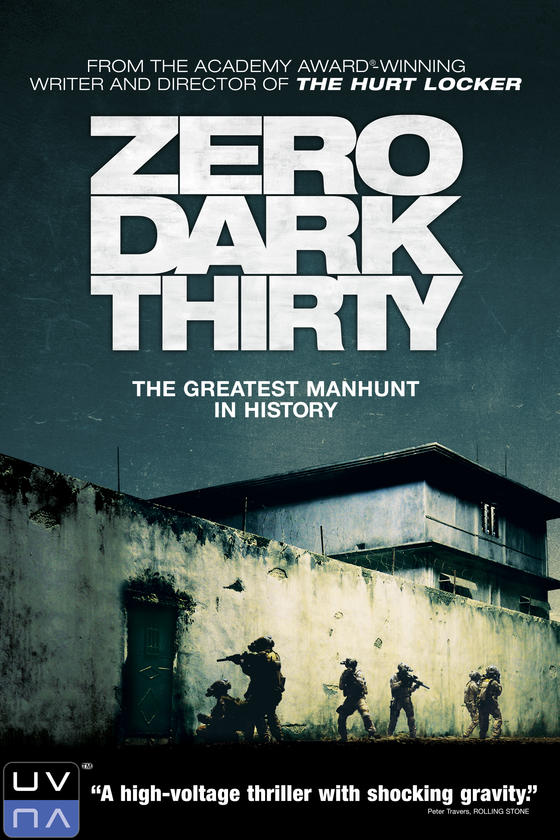 Time for a fairly long film about the manhunt to find bin Laden. This one takes place over around 10 years and a lot of dead ends along the way so you can see why it’s so long. It seems like they definitely really wanted to go into a lot of detail here in how many lines had to be crossed in order to get to the destination. As a result you won’t find too many likable characters here as they’re all willing to become villains in order to save the day.

The movie introduces us to Maya whose sole mission is to find Bin Laden. No matter how many years or attempts it takes, she figures she will keep on going until she ha accomplished her mission. She has to keep up with the times though as initially the main tool to use is torture but then that’s outlawed so she has to take more political approaches like bribes and threats. As the film goes on she continues to move higher and higher up in rank until the mission is finally done.

Right off the bat I can say that you’ll only be able to tolerate this film if you can get past the excessive torture scenes. These really go in depth and try to be as violent as possible. The scenes just go on and on and on so you want to be through with the first part as soon as possible. Once the characters are out of that side of the business the film gets to be a little better.

It does tend to drag on though as the pacing here isn’t always very good. There are a lot of lingering shots that could have been trimmed and would have also helped the movie speed up. There’s nothing wrong with being a long film but you have to be able to do it while keeping the pacing fast. Otherwise what happens is you end up with parts of the film that feel like fluff to keep up the run time. I think you could have told this story in about half the time without missing out on a lot of key details.

With a plot like this I doubt you could make the film too happy but the whole thing always feels like the main characters are a few steps behind. So the whole thing gets a feeling of helplessness to it. Some characters also seem a bit too trusting considering their occupation and the situation. Jessica was a big example of this. Telling the guards to skip the security protocols and all when meeting someone who may have connections to bin Laden? Yeah that’s a really bad idea so you can totally guess what happened there.

The army guy had a good line about how security protocols only work when they’re followed every time without exception. He was proven correct right away. There’s no point in having them if you’re going to just ditch them when the situation is so dangerous. Definitely a real sad moment with Jessica there since she seemed like a nice person. It ultimately just didn’t work out for her.

Then the film decides to end in a rather intriguing fashion. Someone starts crying but we don’t know exactly why. I definitely have my theory on that though and it’s that they got the wrong person. This is my guess and it would be the film feeling rather jaded about the whole thing but that’s what I’m thinking. It’s implying that the whole thing wasn’t quite as it was presented later on but this character had to stay silent about the whole thing. There’s a lot of interpretations you could have for this of course but to me this made the most sense.

The film seemed to have some critiques about the CIA and their handling of the case so this idea of getting quick results over accurate ones would fit right in. You have commanders yelling that they just want some names so they can murder people and stuff like that so it wouldn’t be beyond the pale for them to bump someone off and then cover it up as being the right person. I could absolutely see that being the case.

Well, it’s always interesting to see how the areas look so different abroad. Whether you’re looking at France, the Middle East, Japan, or another area like that, the geography and architecture really changes. Personally I’m not much of a travel guy myself and wouldn’t really want to ever leave the country but I can see the appeal. You certainly get to learn a lot and really experience new things. Just do a lot of online research to make sure you’re sticking to relatively safe areas. Every place has its more seedy avenues after all.

Overall, Zero Dark Thirty will probably have the most appeal if you were really following the case or on the other hand if you didn’t and want to catch up on the details. It really does go in depth after all so it can be nice to learn about the whole thing but I’d say they could have focused more on the hunt and less on some of the gritty details. There’s never a reason as to why we have to actually see any torture being thrown around. The army deciding to destroy a bunch of monkeys also felt like there was no reason to do so other than to make them appear as ruthless as possible. At the end of the day you just won’t really be having a good time with this one at all. That may be expected for any film based around terrorism but you can always do better. I’d say you should probably give this one a skip and in this case maybe just find a documentary to watch instead. Sometimes that’s the best way to follow up on true events with the least amount of added drama. Of course, documentaries can also spice things up sometimes so you really never know ahead of time. For all I know this will have more details than some of the documentaries anyway in relation to how it went down.