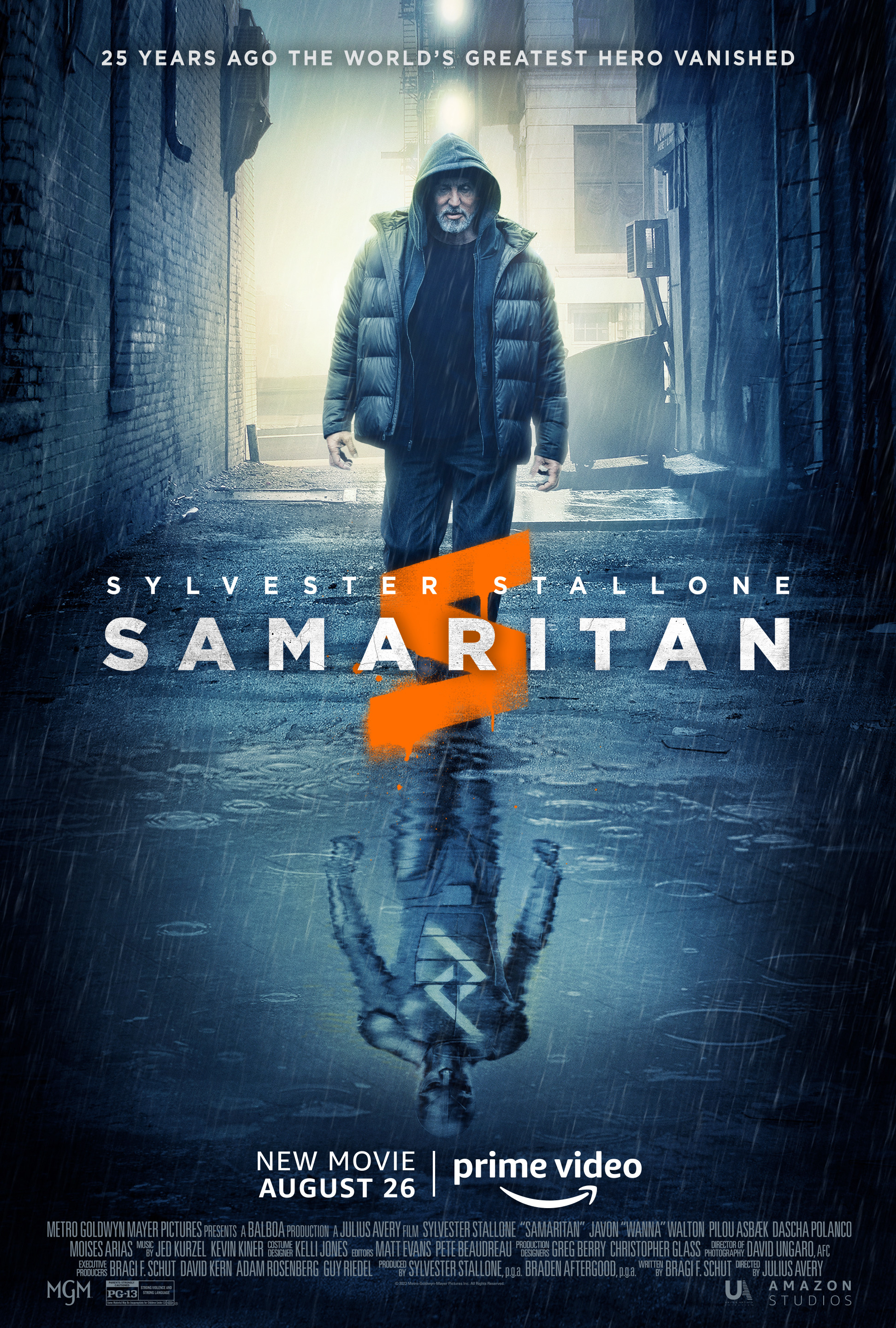 It’s always nice to have another superhero film around. The more the merrier I say and this one’s fairly good. It feels a little low in stakes for the most part so it’s very much an old school origin story but it’s an interesting one and has good pacing throughout. I’d be interested to see this continue into a full series so hopefully it can keep on going. Definitely worth checking out on Amazon.

The movie starts by explaining to us the legend of the Samaritan and Nemesis. They were twin brothers who developed extraordinary abilities such as super strength and durability. They could not easily be injured and so one of them used their powers for evil while the other turned to good. Eventually after a fantastic battle they were both presumed dead but in the present many believe that the Samaritan still exists. One such believer is a kid named Sam who really looks up to this hero. Now he thinks that his neighbor across the street is actually the Samaritan. Is he right or is this all just wishful thinking?

I don’t blame the reporter for not believing Sam because apparently the kid tends to think a lot of people are the Samaritan. It’s the classic “Boy cried wolf” scenario that always tends to get in the way for characters like this. The reporter’s role is small but I look forward to him doing more in a sequel. He seems like a likable guy after all. As for Sam, he’s okay but I do wish the main character could have been someone a bit older. Kids can rarely hold their own plots as the lead and the whole time you wish you could see more of Joe instead.

Sam can fight to a degree and so I wouldn’t say he’s bad or anything. He stuck up for his friend when it counted and didn’t back down from the villains. There’s a solid moment when he punches out the main bully as well so I would give major kudos for that. But for every good moment like that, you have him being a thief or working with the villains. He was hard up for cash which led him to the wrong side but ultimately it’s still a choice that he made.

Now Joe is a solid character. He still helps out at times but prefers to stay to the shadows. Unfortunately that is also his weakness as I always have an issue with heroes just deciding to mind their business. As soon as they got their powers that just wasn’t a realistic option anymore. It may not seem fair but at this point he has an obligation to society and to keep on fighting. So being off the grid for so many years wasn’t good, particularly with how bad the town has gotten. It’s clear that nobody is in a good position right now and he could have easily made a difference. At least he eventually gets back into the action.

Cyrus is the main villain here and he’s okay. I mean he’s your average thug type but at least he doesn’t seem totally insane. He’s got an actual goal and isn’t the kind of guy to blow up his minions for no reason. I think if he could have gotten a true power bump and started flying around that would have helped him out. Still, I was satisfied with him. He doesn’t get a ton of screen time until the climax but makes his presence felt for sure.

Sam’s mother Tiffany doers her best throughout the circumstances and is a good supporting character. She’s suitably tough on Sam for some of his bigger mistakes without being too overbearing about it. She also does her best to protect him when the villains come around and so she definitely did her best. Ultimately there were just too many villains even if individually they weren’t too powerful. Sam punched out the main bully easily enough after all.

The fight scenes are fun but there aren’t any real threats for Joe to fight here. Even the main villain never appears to be a true threat if you ask me. There’s no point where you think Joe is going down. This may be the first film in the series but I think you can still put in a more powerful villain. Have the hammer amp everything up to a higher degree than just being an attack item would have worked for example. At least the movie still does have fun with the effects when Joe is punching everyone out. You have characters sliding across the floor and falling through the wall.

I’d also give the film credit for one solid twist in there. It’s not one I was expecting but then when it happens, it makes a lot of sense in hindsight. That’s the best kind of twist as it’s clear that the film did give you a fair chance with the various signs and I would say it was the right move. I thought it was very interesting and adds an extra layer to the film. It’s something that the sequel can build off of as well.

Throw in a real soundtrack and this movie would be even better. Surprisingly there just isn’t much music at all here so the film is often quiet. I suppose it’s going for a more somber approach but you should always find a way to put in some good tunes somehow. Trust me, they can enhance any film even if there aren’t a lot of action scenes. Ultimately this is a fairly grounded film so I’d call it a low key action title but it’s one that works well. I would certainly recommend it to any action fan.

Overall, The Samaritan is a quality film and one that was well made. I think it could have stood to be a bit more explosive but as far as origin stories go, it still does the trick. It’s hard to see this being the next big action franchise or anything like that but you never know. I’m always ready for more superhero films no matter what studio wants to do it. Hopefully if this does well then Amazon may think about turning it into a whole cinematic universe.