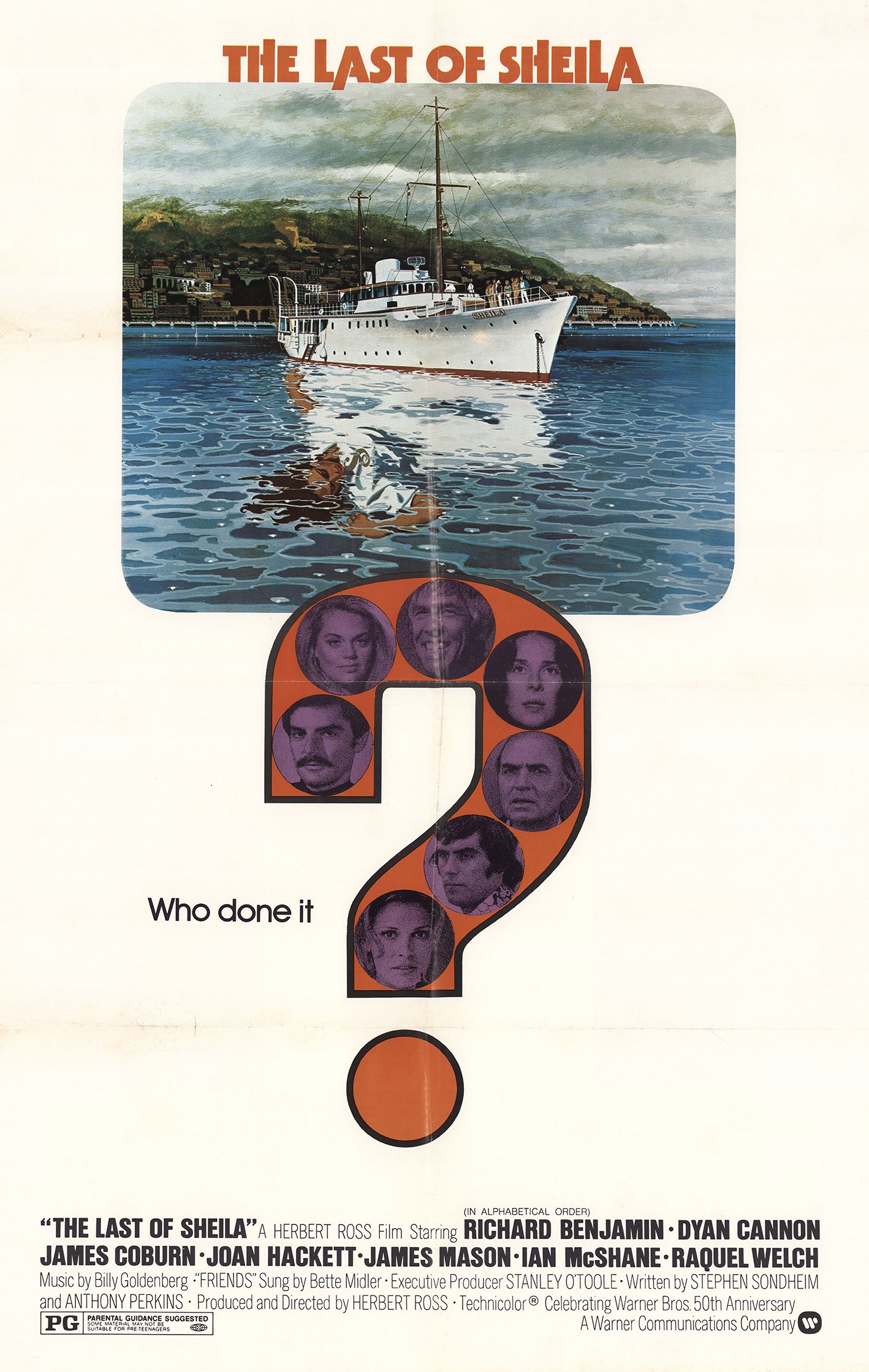 Now this is a very different mystery movie. It feels really random at times and it’s just hard to get a read on it. The concept is sound and of course having everyone be super corrupt is always a classic way to make things interesting since any criminal could possibly be lying to protect themselves. The film goes a little too far in making some of the characters unlikable though and I think the actual premise could have been tightened up a bit. Still, it is a mystery where you should be kept engaged through to the end in trying to figure out who did it.

So one year ago after attending a party, a lady named Sheila was murdered in a hit and run attack. Now the whole gang from that party has gotten back together on a cruise ship and the host, Sheila’s husband Clinton wants to play a little game. It’s all harmless fun of course but he gives them all a card with a secret like “I’m a murderer” and the goal is to keep the others from finding out what you have on your card while finding out theirs. Everyone’s card has some kind of secret on it that actually seems to apply to them. Is this a coincidence or is Clinton’s little game something a little more serious than expected?

It’s a fun setup and I think I’ve even seen a film like this before. With everyone’s secrets at stake, nobody wants to reveal this but they may be in some real danger. If Clinton wants to avenge his wife and thinks he knows who the murderer is, then nobody is safe. The cruise fortunately does make some stops but nobody really wants to leave either. This guy is a big name in the movie business and they are all ready to keep being in more movies and all. In fairness to the characters, it’s probably also a bit of a reach to think that this game is anything serious for a while at least. Thinking that it’s a coincidence with the secret is reasonable and there is a lot of effort put into the game.

The first puzzle was actually tougher than I would have expected. You had to find a single apartment room based on a ton of super vague hints and when the first character solved the puzzle, I have to say that I still didn’t really understand it. It felt like a bit of a leap in logic but kudos to the characters for getting it right there. I liked the format of the puzzle though. Having to run across the whole island to solve this in time was really ambitious even if it feels nearly impossible to solve.

The movie never gets to do the full island adventure for the rest of the mysteries since the murders start up by the second case and then it’s time for everyone to really ponder what’s going on. Again this is a pretty solid premise and I like where the film can go from there but then it starts to fall off the rails. I can’t go into too much detail on some of this since for a mystery film you definitely don’t want to know any of the twists but one twist didn’t make a ton of sense.

I think you would know whether you bumped someone off or if something felt odd about it right? The twist is very bold but it’s a little hard to buy. There should just be so many ways to tell that you’ve been fooled but lets just say that tricking someone into thinking that they murdered someone is evidently easier than I would have thought. The rest of the plans make enough sense though so I think the film holds up on a logical level even if I didn’t buy into the first twist.

The film can get a little violent with the deaths. Not super crazy or anything but enough to remind you that this is still a bit of an old school film. It’s got that gritty 70s vibe to it that you don’t really see so much nowadays. It’s all in the camera work and atmosphere I’d say. The body count isn’t massive so the violent moments are few and far between. Of course the main issue here is that there’s nobody to root for. Of course some of the secrets aren’t as bad as the others but some go a bit too far.

One guy’s secret isn’t shown or anything so we just know about it but that should have been the first guy to be bumped off if you ask me. It would just be more fitting considering how serious that crime is and it’s a bit fishy that he made it through. I think the best way to handle a film where everyone has done something crazy at one point or another is to have a reasonable explanation for them that doesn’t excuse the action but still allows you to root for the character. There’s no way to get around this reason though or any explanation that could work so he was doomed either way.

By the end of the film you definitely feel Sheila’s influence even though she technically didn’t appear except for a very brief flashback. Once we find out the reason for her getting bumped off it is almost funny in a way at the lack of motive/reasoning for it compared to how intricate the rest of the film is. It goes to show how the past can haunt you for a long while through whatever path it needs to.

Overall, The Last of Sheila is a very dreary mystery film. Everything’s all so dark and it feels like nighttime is eternal. I think the actual mystery is very interesting but ultimately it is bogged down by how unlikable all of the characters are. None of them are particularly interesting either and you mainly just remember them all based on what their secret was. In a way you’re just waiting for them all to get bumped off and if I was on the party I’m telling you that I would have absolutely left the boat and just vanished. It did end up working out well enough for most of them but you don’t want to have been one of the unlucky ones to get taken out. I’m on the fence with this one so I guess you should check it out if you want a really weird mystery film. The whole thing was just bizarre, not always in a bad way but at least you won’t mix it up with any other films.