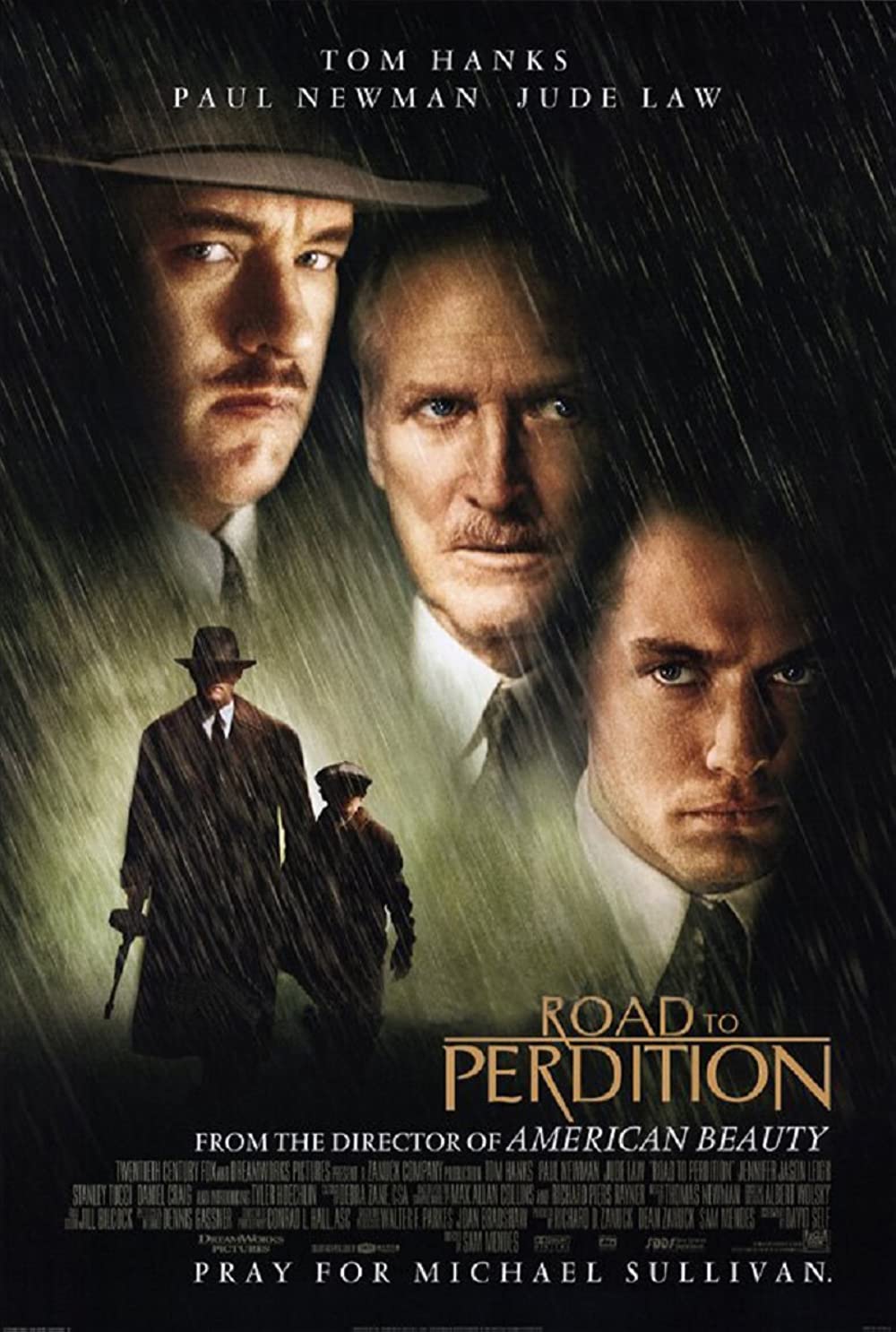 Now we’re going to look at a classic Mafia story. The film itself isn’t all that old but I would say the story is sort of what you would expect when you think of the genre. You’ve got the main guy who is quite good at his job of being an enforcer but then things go south and now he has to find a way to protect his family or at least what remains of it. The execution is good though and I would recommend this film. It’s strong all around.

The movie starts by introducing us to Michael who is the top worker at the mafia. If someone needs to be bumped off or even just shaken up a bit, he’s the guy that you would call. Unfortunately he is paired up with the rather crazy Connor, the son of the head of the mafia. This guy seems to have some dark secrets and is always quick to shoot the people that they are just supposed to talk to. Unfortunately Michael’s son Junior (Also called Michael so Junior will be easier for the review) got to see this and it shattered his illusions.

Junior didn’t know that Michael was a mobster after all and now he has to live with the burden that this big secret brings along with it. It’s not easy that’s for sure and Connor decides to make it his mission to take Michael down for always being better than him. So Connor basically frames Michael by putting the gears in motion and forcing Michael to murder a guy who was after him. Now the whole gang is on his tail so his only chance is to take Junior and get out of town. Unfortunately he was not home soon enough to save the rest of his family. He knows he can run for a while but ultimately there is on leaving the mafia. His only other option is to destroy them all.

You might almost think this is like one of those classic action films where Michael is just bumping everyone off as he runs around the city but the movie isn’t really going in that direction. Instead it’s more low key and going for a realistic angle in that he can’t just take everyone out. Well…that changes a bit towards the end but at first most of the tension is just in trying to get away. Michael also takes this chance to really bond with Junior and even teach him some valuable life skills.

At the end of the day he doesn’t want Junior to continue in the mafia business for good reason. That’s just no place to grow up since you will always end up having a bad end there. I do think the movie made a big mistake in having the first scene take place in the future where we see that Junior is alive though. That is always a big mistake for me in any film because even if the odds are slim that he would die, why not leave it as a real possibility? Particularly in a film like this where kids do die so nobody is safe.

Mob type films are hard to predict how they will end because there really are a lot of different paths that you can go with it. For example, the actual revenge in this film is a lot more low key than you would expect. It’s not a 20 minute gunfight in the alleys or anything like that, but instead it’s carried out like an assassination. So in a lot of ways the film probably doesn’t play out in quite the way that you would expect and that’s a good thing. Nothing wrong with going down the classic path but the film is throwing you for a loop at times which is good.

Michael is a solid main character as well. I would consider him to be a villain here as no matter the reasons, he is working for a villainous organization and bumping people off. At least he does have an honor code though and it seems like he is trying his best to keep his family out of it. Junior is more on the annoying side. He’s just a kid and all but he still ends up getting in the way and isn’t quick on the uptake. Causing a mess at school and not being very discreet about what he learned just put a big target on everyone. I do think that things would have played out the same way eventually no matter what Junior did but he didn’t make things any easier.

As for Connor, he’s the main villain here. The guy isn’t really my kind of villain as he only stands a chance through cheap shots and deception. In a straight fight he wouldn’t stand a chance at all and part of why he is so jealous is because he could never do as well as Michael. He lets his emotions get the best of him all the time so he is definitely in the wrong line of work.

The writing is good which is important and the setting is fittingly framed like a Noir kind of world. Even the scenes where it is light out never feel all that happy for the characters because danger is around every corner. I do think that the leader of the mafia should have backed Michael up though. He seemed to know that the whole thing was a frame up but defended Connor anyway because of the blood relation and his image. A true boss needs to look at things objectively and so you could really blame him for everything as well. I was glad the lead didn’t let him off easily there. He definitely messed up.

Overall, Road to Perdition is a good movie. It’s tense all the way through and is a fairly detailed look at the mafia world without being overly gritty. I feel as though this is a tricky genre to execute properly since following a bunch of villains is always a tough balancing act in any setting. This one does well not to go too far with it though and aside from spoiling the future with the opening scene, I wouldn’t say that it made any big mistakes. It’s got a good amount of replay value to it as even though the beginning may be a bit quiet, it’s all building up to the more intense second half. We’ll see if the next mafia/mob title can beat this one.