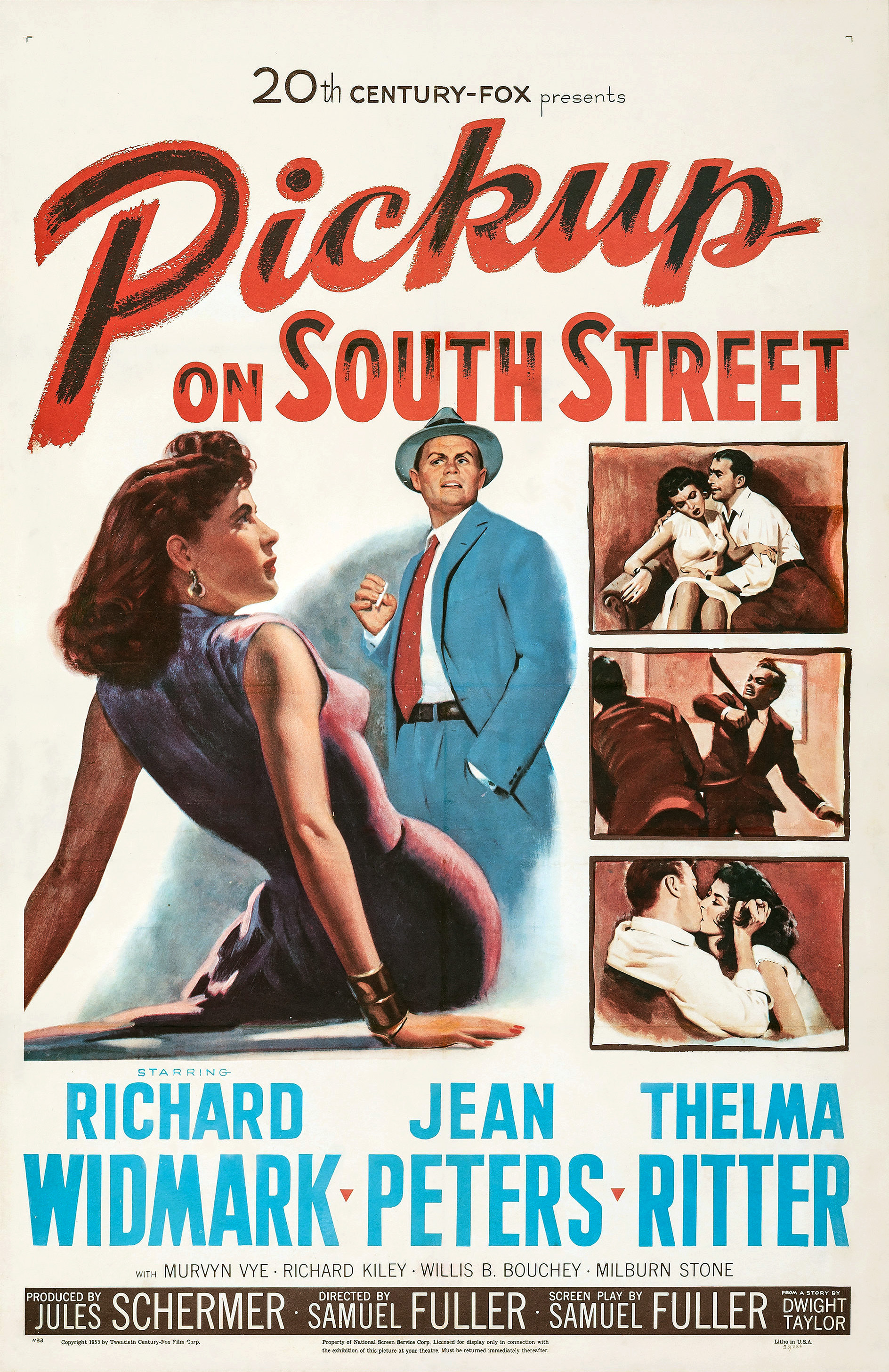 You’ve always gotta watch out for pick pockets because if they get your stuff then you’re probably not getting it back. This film deals with that and while I don’t think it’s so easy to get separated from your stuff as shown here, it can be tricky. It’s why they say to never put anything too valuable in your back pocket but I see a lot of people doing this anyway. Just try to stay safe out there and maybe watching this film will help you keep your guard up.

The movie starts off with a guy named Skip showing up and stealing Candy’s wallet. This isn’t good because Candy was carrying something immensely valuable in there which could be a matter of national security. Her ex boyfriend Joey tells her to find this guy and get it back as soon as possible. His people will even pay big money to see it returned. This whole thing is sounding more shady by the minute but Candy agrees to help out. Meanwhile the cops are also on the case and have enlisted the help of Moe the informant. Which group will be able to find this guy first?

It’s a small town and Moe’s a great informant so Skip doesn’t stay hidden for too long. Of course it’s one thing to find him and another to actually prove that he has the wallet and the item inside of it. For Skip this is potentially a huge payday so he is playing his cards close to the chest. He doesn’t care about the implications that the Russians may be after this file or anything like that. His own personal satisfaction matters more to him than his country which is fairly sad. The guy just can’t stop being a crook but now he’s gone even farther than usual.

This is a fun noir film with a good amount of thrills and a lot going on at every moment. Everyone wants Skip after all so you’re just wondering how long he can draw this out for before he is taken down. Surely his luck will catch up to him at some point but how long until that happens? It’s a tense battle against the clock. The only thing that hurts the film a bit is the romance which is really weak.

As you can probably guess, in the process of trying to talk him down, Candy ends up falling for Skip. He’s a big criminal though and one who doesn’t mind shoving her around. How did she possibly fall for him? The only explanation is the most shallow one which is purely for the looks. Not a great foundation to build a romance off of so that doesn’t do the film any favors either. Fortunately he softens up and starts to like her as well but throughout the film there are so many misunderstandings and moments where he’s harsh to her again so it all just happens too fast and doesn’t work at all.

It’s nice to see him landing a solid combo against one of the villains to defend her but ultimately you feel like their being friends would have worked a lot better in this context. Also, you can’t forget that Skip was still ready to sell America out the entire time which does nothing to make him any more sympathetic. Ultimately he just wasn’t a good guy and there’s no way around that one. He’s good at pickpocketing but that’s where it ends. If anything I’d say that he just gets lucky most of the time.

Candy is a decent heroine but I’d say she should have cut ties with Joey right away. It’s clear that he didn’t care about her safety one bit. He was nearly the end for her as well by the time the film was done. After a point it was going to be tough to get away from him either way so her best chance was early on. Just getting out of there and hope he’s too busy worrying about the pickpocket to go after her.

Candy has much more of a conscience than most of the other characters so she’s easy to root for at least. Perhaps not in the romance angle but at least in trying to keep the peace and helping the cops out while saving Skip’s reputation. Joey’s a very underwhelming villain the whole time as he’s always super nervous and doesn’t have a plan. He’s an underling through and through who doesn’t really look at the big picture.

Now there’s one part of the film that will definitely be causing you to stretch your disbelief a bit and that’s all of the pickpocketing scenes. Given what we find out later that Candy knew she was carrying something for Joey as her last mission, wouldn’t she be paying extra attention to her purse? I already didn’t buy the scene when it first started but then after we learn this it makes even less sense. Why wouldn’t she be paying a ton of attention to the purse the whole time with the stakes this high?

Sure, she didn’t know what was in the purse but even so it doesn’t work. I don’t care how fast the guy’s hands are, he’s not pickpocketing a purse when someone knows they’re carrying something like this. I’d also say it’s partially on the film for not making it look realistic. The way it’s shot, it’s like the guy is staring his target down but they’re just zoned off in the distance or trying to avoid eye contact. Each pickpocket scene takes forever and you’re just thinking about how the guy should have been caught the whole time.

Back to the characters though, Moe is a fairly solid one even if she is in a dangerous line of work here. Being an informant is definitely not a good way to live a long life but from her dialogue we can see that it was more of a last resort. She had to make money someway and selling ties just wasn’t cutting it. At the end of the day she does stay strong and resists giving intel to the right people. Unlike Skip she actually has some morals so I ended up liking her fairly well.

Then you have Tiger who is a fun police chief. He’s really hard on Skip but it’s hard to blame him since that guy is apparently always committing crimes and going back to Jail. He’s been sent there multiple times already so the next time would be for life. Tiger isn’t even wrong about Skip as the guy was going to sell out the country if not for being convinced at the end. So even though the film has a happy ending, you do wonder if he will ultimately relapse. I’d say the film is implying that this time he’s clean but you really never know with this kind of criminal history.

Overall, Pickup on South Street is a good film but it does struggle with some weaker areas that keeps this from being a better title. The romance just really did not work on any level and additionally the pickpocket scenes were hard to buy. You’re telling me that even the guy who was shadowing Candy didn’t notice Skip pickpocketing her until it was too late and he started to run? I found that one hard to believe as well. If you can get past that, you have a lot of fun dialogue and back and forth between the characters. It’s a solid setup there and I would recommend this to anyone looking for a classic noir title.