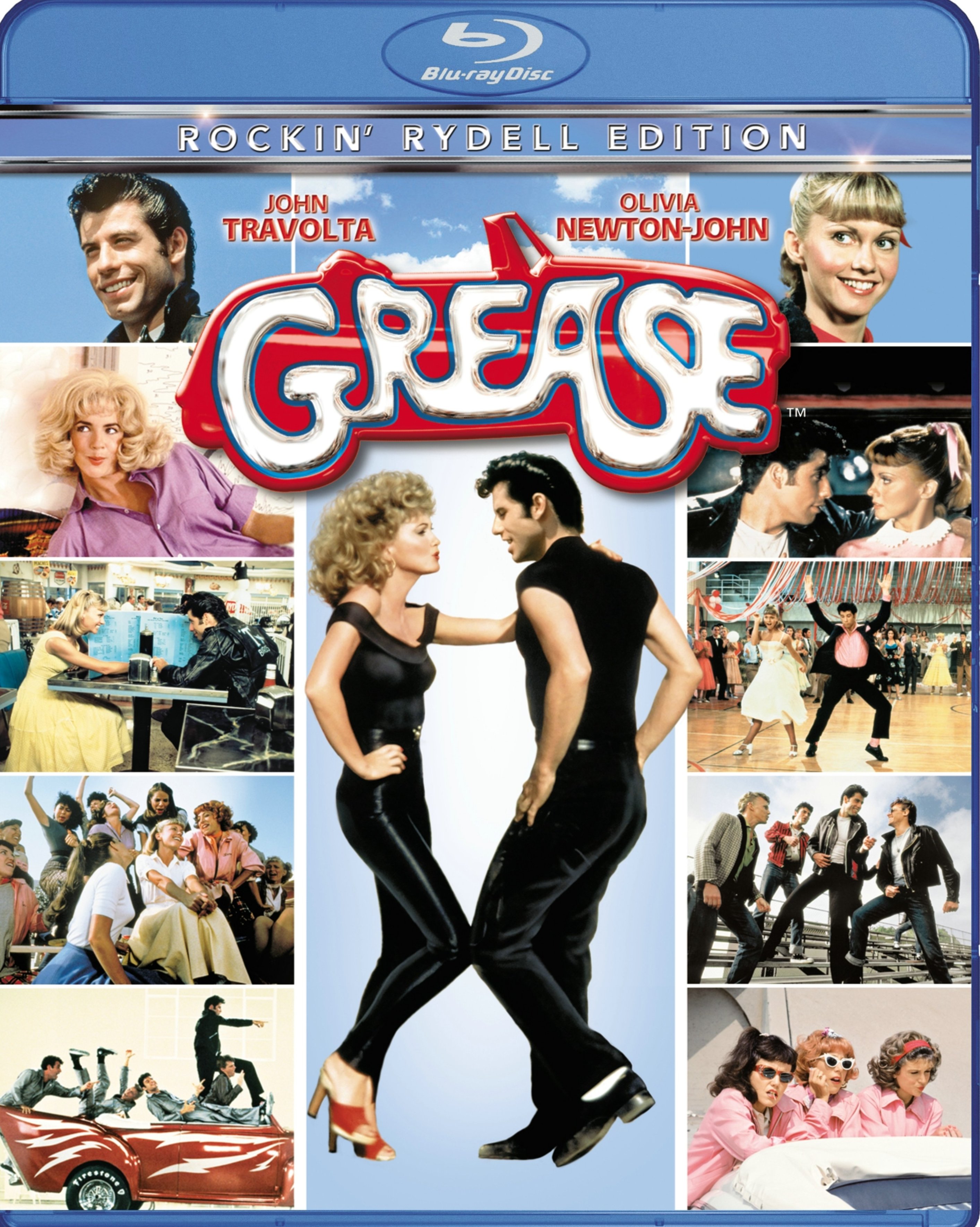 After all these years I have finally seen Grease. This one is known as a fairly iconic film so it’s about time that I got to really see what it was about. I wouldn’t actually put it in as one of the better comedy films for me as it does have a number of weak points. The weaknesses of the musical genre are always right around the corner after all.

The movie starts by showing us how Danny and Sandy became good friends by spending a summer together. It was all fun and all for them but eventually they had to go back to school. When Sandy bumps into him there she is thrilled at first but it quickly becomes apparent that he is going to pretend that he doesn’t really know her. Danny desperately wants to fit in with the local tough guys and so now he may even choose them over her. Will this romance pull through or was it doomed right from the start?

At the very least it should have been doomed with Danny giving Sandy the cold shoulder like that. He put her in quite the spot and it takes almost all of the film until he’s finally ready to stand up for her in public. That’s way too long and she went through a lot before that period. I would say that Sandy could have stuck up for herself much. Basically her gimmick is that she’s the super nice, but a bit naïve character who doesn’t break the rules and doesn’t really notice when others are making fun of her.

This gets a bit tricky since everyone at school tends to be rather mean. Eventually Sandy gets the hang of this but I would say she didn’t really need to change. Just break out of those friendship groups if the others are just going to be so harsh the whole time and keep it moving. I wasn’t crazy about how this plot ended for her even if it does make for a fairly good twist near the end of the film. I can’t say that I really saw it coming so the movie managed to be a bit unexpected there.

I’m going to be a lot harsher on Danny though because you could argue that most of everything that happened here was his fault. He could have absolutely just been nice to Sandy when she showed up. The whole school custom of his clique only being allowed to date members of the other clique just feels outdated anyway. Danny has enough pull within the group too where I really don’t think they would have pulled anything if he had gone that route. Even if they did, he needs to be able to choose Sandy over anyone else. If he doesn’t then how strong can the romance be?

The romance in Grease is really weak and that’s one big element that huts the movie since romance is one of the main genres. It’s hard to really root for any of the characters to get together. Instead it might be better for them to break things off if the romance itself isn’t their top priority. There are also some backup romances for the side characters and I wouldn’t say any of theirs are all that good either.

Rizzo gets a full sub plot where she thinks that she is pregnant and it changes things. She went from basically being the mean leader of her gang to everyone talking behind her back. The film tries to turn this into a very sympathetic plot but it doesn’t work perfectly well due to how much she was messing around. It’s not like issues in other films where they weren’t very preventable or the main character had no way of dodging them. This problem she basically caused all on her own so that’s not a good look.

She was also just way too mean to Sandy the whole time so it’s not even like she was generally nice. The only character who was actually fair to Sandy the whole time was Frenchy. Frenchy isn’t a very interesting character or anything but at least she wasn’t a bully so I’ll give her props there. All of Danny’s friends were fairly judgmental and not too smart. It’s great that they all get along but if they were really good friends then Danny shouldn’t have felt so pressured to act behind their backs.

I did like the principal though. She made sure to run a very tight ship and wasn’t going to just let these guys run all over her. In fact the bullies pretty much don’t dare to talk back to her. It’s clear that she works hard in establishing dicipline here and manages to pull it off so big kudos to her. Her assistant isn’t very smart and tends to hold her back but I suppose you can’t win them all.

There are a lot of songs here as this is a musical but for the most part I wouldn’t say they’re really my style. There was a song where the characters are jumping on cars and running around that was fairly decent though. This does continue the tradition though where musicals tend to have songs that don’t hold up against films that just happen to have songs. It’s like when you build a film around the concept then the writers run out of good songs or something.

Grease is really at its best when it’s focusing on the comedy aspect of things. A character seeing a ghost in the sky for example was a much more effective scene than any of the romance ones. I suppose I liked seeing Danny try to join different clubs. That made for a fun subplot and the gym teacher was really impressive. Somehow he was able to balance being knowledgeable about every sport while still having time to walk the main character around. Now that’s what I call impressive.

There are also small visual jokes that tend to be fun like the characters all combing their hair in unison. The writing is good for the most part and the movie never drags on. It can be entertaining but does so amidst an unlikable cast of characters and a very weak set of romances. If the film had focused on the story a bit more and cut out the musical element then this probably would have jumped up a bit more. I can’t say that there is real replay value to be had here. There are definitely a lot of moments with potential and the film can be entertaining but it never stays that way quite long enough for me to call this a good film.

Overall, I can now say that I’ve seen one of the all time greats even if I didn’t quite like it as much as most. I’ll have a review for the sequel up shortly though so be ready for that. Often times a sequel can have a hard time living up to the original but in this case since I wasn’t a big fan of it, things could be a bit different. At least that’s what I figured but I won’t spoil the surprise. After all that review will be published on the same day as this review. If you really like romance movies and musicals then you’ll probably enjoy it but otherwise you can do a lot better.