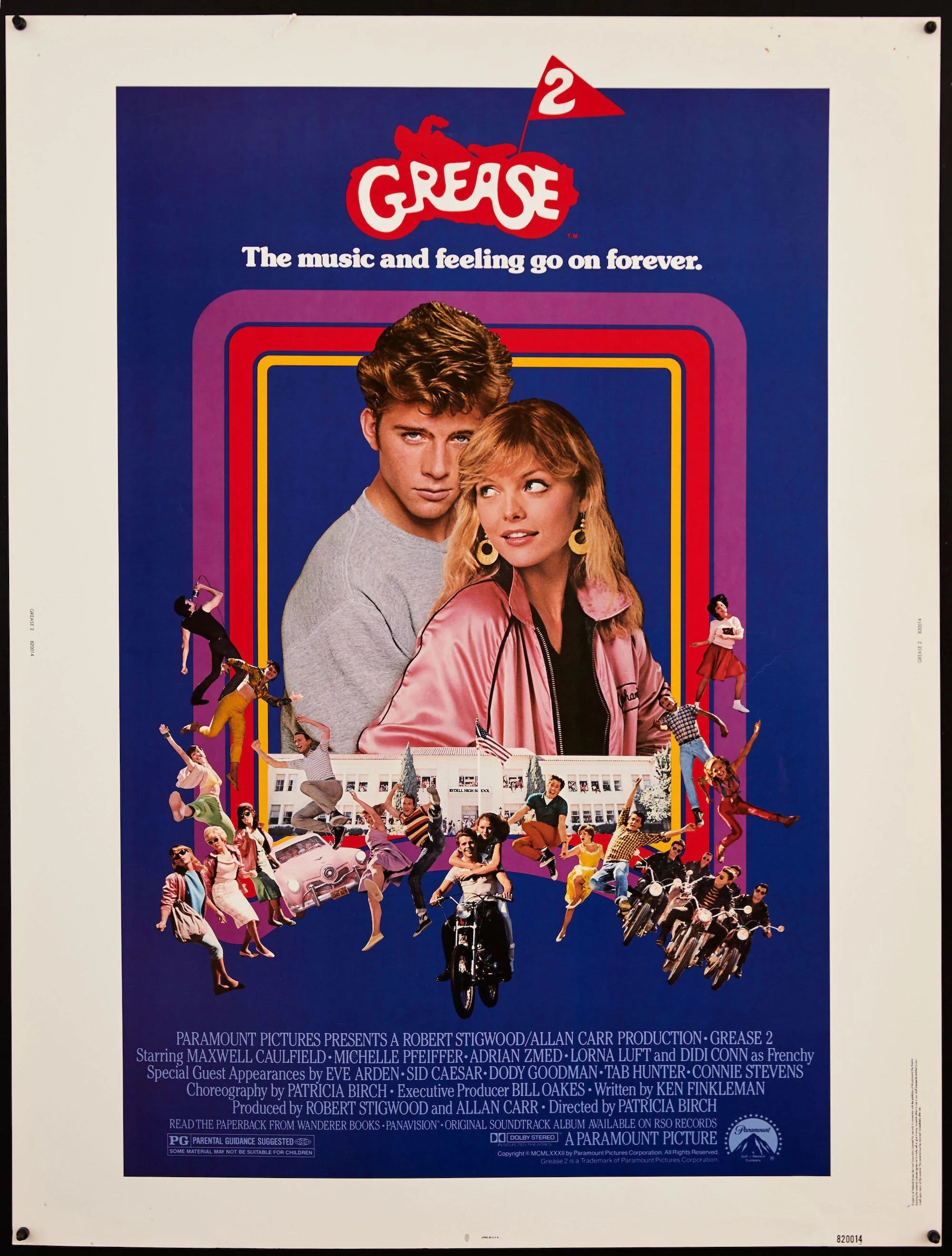 Sometimes a movie will at least start out good and you see the potential slowly get squandered away but this time you could really say that the movie was no good right from the start. It immediately feels very weak and is just ripping ideas off of the first one. It’s not subtle about doing this either and so it’s just weaker than the first film in every way along with a historically bad song thrown into the mix. You’ll definitely want to skip that one as quickly as possible.

The film starts off with everyone heading back to school and a lot of singing has taken place. It’s been a while since the events of the first film but things are more or less the same with how you have the gang of guys and the gang of girls who are all supposed to pair up. Well, Stephanie is through with this and breaks up with her counterpart. She wants to be with someone dashing, someone who is like a true mystery man. That seems like it’ll be difficult though and then a new transfer student named Michael appears.

He’s a nice guy who he doesn’t quite fit in with the gangsters. The thing is that he likes Stephanie and wants to find some way to get her to appreciate him. She doesn’t give him a chance normally so then he decides to become a superhero. The cool rider of her dreams. All it takes is a leather jacket and a helmet to cover his face. Now Stephanie can’t get enough of him. Should he keep up the deception so that they can get married or will he have to come clean and risk it all?

There’s not a ton of plot here though as that setup is interrupted a whole lot by a ton of random songs and characters messing around. There’s almost no focus here and as I mentioned earlier, a lot of the gags and such are directly ripped from the first film. This one doesn’t have any real originality and it shows. The songs are also much weaker. In particular the reproduction song has to stand out as one of the worst songs of all time. I don’t recall hearing a song in any movie that was quite this bad.

The scene goes on forever too and goes well beyond the point of the teachers appearing to look incompetent. This guy should have been fired right out of the gate. The principal also doesn’t really get any big hype moments the way that she did in the sequel. She is around for this movie but doesn’t do a whole lot beyond just glaring and standing around. Feels like a true waste of her character in the meantime. Of course that’s basically the case for anyone here. Frankie returns but her role is so small that she may as well not have returned. She really doesn’t add anything to the story.

Right off the bat the romance is really bad here. Stephanie is super mean to Michael throughout the entirety of the film because he’s just too nice and she wants someone who’s a delinquent. It’s quite telling that she fell for Michael in his alter ego form immediately. That’s because the romance is super shallow. She’s not falling in love with the person but the ideal/mask behind the guy. Nah that’s not a good look for her at all. So by the end you definitely aren’t rooting for them to get together.

I think the film could have done something good with her character but it was squandered. She just comes across as too mean. Also, one of the big drama moments here is that she is given an ultimatum that if she won’t date one of the other gang members then she has to stop wearing the gang clothes. She seems sad about this…but just toss it? It should be a no brainer since she has already decided that she doesn’t like any of those guys. Being in the gang never seemed too important to her either so the whole thing was a bit odd.

As for Michael, well I’ll give him some props for being determined but should he really want to try to date someone who can’t stand him? The level of aggression here was really something so even if he can trick her into liking a different form of his, it doesn’t really seem like a good deal at all. He would always have to be on guard and even if later on she liked the normal form as well, you may have doubts on if she really likes him or just the superhero form.

There’s just a lot of reasons not to care for the romance. I suppose at least you will care more about them than the side characters who really have nothing to do here. It seems like after the main characters left in the first film, the gangs have gotten extremely weak now. It’s actually played for laughs how they now get picked on by a rival gang. Come on, that’s disgraceful. So they’re getting picked on while in their own home turf and they are still more determined to stop the cool rider than the other gang? That’s why they will never be in first place, their priorities are all mixed up.

Michael certainly learned fast too since he was able to easily out speed both gangs and pull off incredible jumps. This guy was a living legend after only a day or two. At least this will buy the rest of the gang some time to finally get good but it’s not like any of them are likable enough to root for anyway. Then in the girl gang the only one with a big role is one character who wants people to stop treating her like a kid. In a better movie this could have led to a lot of very emotional moments and big character beats but in this movie it was just there as fluff. It ultimately doesn’t get all that important as the movie just dashes to the end.

If you take away the musical aspect then this could be better but unlike the first film I wouldn’t even say there is a whole lot of potential here. At least the first film had quality dialogue, an interesting setup, and just a lot of promise. This one wasn’t trying hard to make a plot right from the start so even if you take away the awful songs, it’s not like it would be positive. I would still take that as a consolation though.

Overall, Grease 2 is one of those ultimately lazy films that figures it can strike lightning twice without having to actually do anything. It’s just an extremely weak movie all around and it’s probably for the best that they hadn’t made a third one right after this. I would say to stay far away from this one. Even if you’ve seen the original and liked it, you’ll want to avoid Grease 2. It’s possible that liking the original would actually make this one feel even weaker since you’ll have seen what it could have been like.