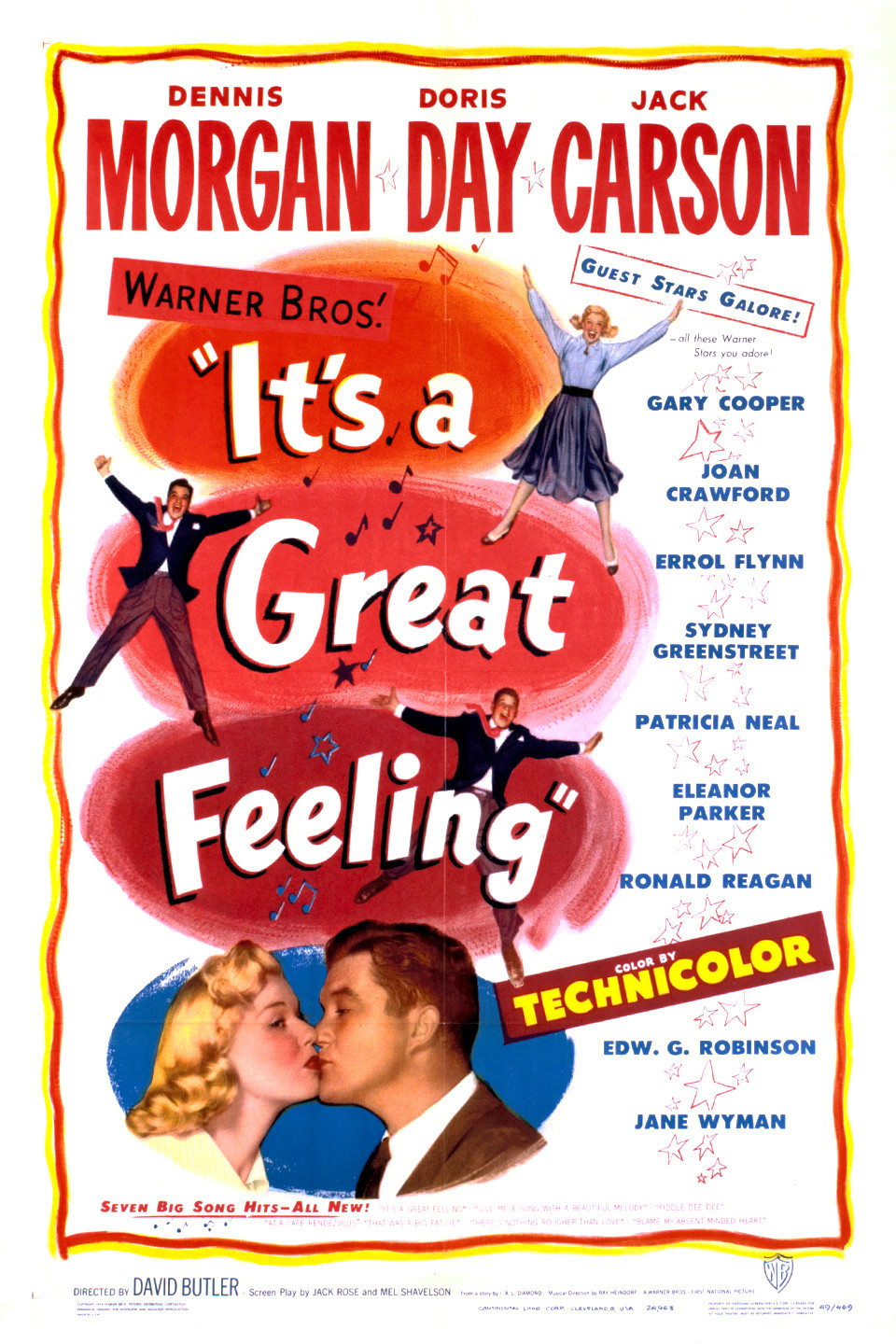 Time for another Doris Day adventure. This time we get to have two guys fighting over her as a lot of wacky shenanigans ensue. The banter tends to be the high point of the film while the actual plot can often be on the weaker side. The movie still makes for a fun watch cover to cover though even if the ending isn’t very satisfying when you think about it. It’s just a pleasant film that is easy to watch at any time.

The movie starts with everybody deciding to turn down being in a movie because Jack will be starring in it. He’s the most disliked actor in Hollywood and evidently he had to work quite hard to get that reputation. He constantly lies and is rather full of himself. That’ a really bad combination right from the jump and his only hope is to at least try to get Dennis to co-star in the film. Then at least he will have one big name with him but how to do it?

Well, Jack decides to lie to Judy, a girl who aspires to be an actress one day into guilt tripping Dennis into the role. This plot is poorly conceived from the start and goes sideways so with no other options, he’s forced to actually hire Judy and this at least gets Dennis on board as well since they have both fallen madly in love with her. They now have to fight amongst each other to see who can make her famous first and the true test will be convincing the director, Trent to sign her on. This won’t be easy since he likes to discover his own talent but they aim to have her appear wherever he goes.

Thing is, as hard as you try to make someone the next big star, it won’t always work. If anything it may even be a little forced if you’re always trying to throw her into the spotlight when it should be someone else’s turn. That’s exactly the issue that starts to pop up here. One of the side gags here is that Trent starts to think he’s going crazy because of how she appears everywhere. Judy tries to do too much to impress him and is always slamming her eyelashes together and making faces at him.

It’s a shame since she could have had a shot if she played things normally but even Jack and Dennis didn’t notice so I suppose I can’t blame her for that. It just wasn’t her moment to shine this time. By the time Trent is ready to make his move it’s just too late. The guy didn’t even seem bad, he was just in the wrong place at the wrong time, every time.

As for Judy, the pressure was just a bit too much for her. At least she was very dedicated to the cause but after a while there was just too many obstacles in her way. She could only be jerked around by the two guys so many times before it was time to get out of there. She handled their endless flirting rather well and took it all in stride. If she could have handled everything with that level of calmness then she definitely would have been okay in the end.

Then we have Jack who is a rather weak character. His reputation is actually deserved which already hurts him from the jump. It would be one thing if he was misunderstood or something but he actually was lying to Judy and was trying to manipulate everyone else. So you can’t really feel bad for him because evidently this isn’t his first rodeo and people started to find that out the hard way. He’ll do whatever it takes to get to the top and so nobody could end up trusting him. Judy succeeding would turn out to be a success for him as well so that also made it difficult when you had to decide if you were rooting for them or not.

In comparison Dennis was a lot better. He actually had a good conscience which is why the guilt trip worked in the first place and after that he did his best to actually help Judy. He mostly stuck around to make sure Jack didn’t try any funny business either. Now this was a quality character. Sure, I can’t say that I was rooting for him in the romance angle since Judy kept saying that she had a boyfriend back home but at least he wasn’t trying to take advantage of her. He would shoot his shot and when it was an air ball then he would keep it moving. If both guys had been annoying that would have really been unfortunate for her.

So this is a good movie but I would say it’s not quite as funny as the last one. There isn’t a big payoff/climax like the other one either. This movie instead ends on a rather quiet note with a decent gag but one that isn’t laugh out loud funny either. I wasn’t a big fan of it personally but I will say that at least I’m glad that Judy didn’t go for a rebound or anything like that. Technically she was already with this guy off screen so it’s good that she kept it up. Falling for someone at Hollywood isn’t a good idea and any excuse would have still been unable to get away from the fact that it would have been a rebound. So we don’t want any of that!

At least we get to see Jack and Dennis fighting a lot which is always fun. I like how they aren’t even subtle about fighting over Judy right in front of her. Dennis might shove Jack down a hill so they’re alone and in another moment he invites her to a game right in front of the other guy. They aren’t holding back at all and it’s all super petty but it just works out really well as a result. That’s the kind of dynamic I have a lot of fun with.

Overall, It’s a Great Feeling is a fun movie but it almost feels like there isn’t a climax. The whole ting is building up to the two guys trying to get Judy noticed by the director so that she can become a big movie star. You’re expecting her to appear in a big movie by the end or something where the whole journey has its big moment. Then she can head home or something but instead it just keeps going until she sort of gives up and we get to the ending. It all feels bit sudden and not super fulfilling. The rest of the movie is fun enough to keep it going but it doesn’t stick the landing as well as you’d hope.