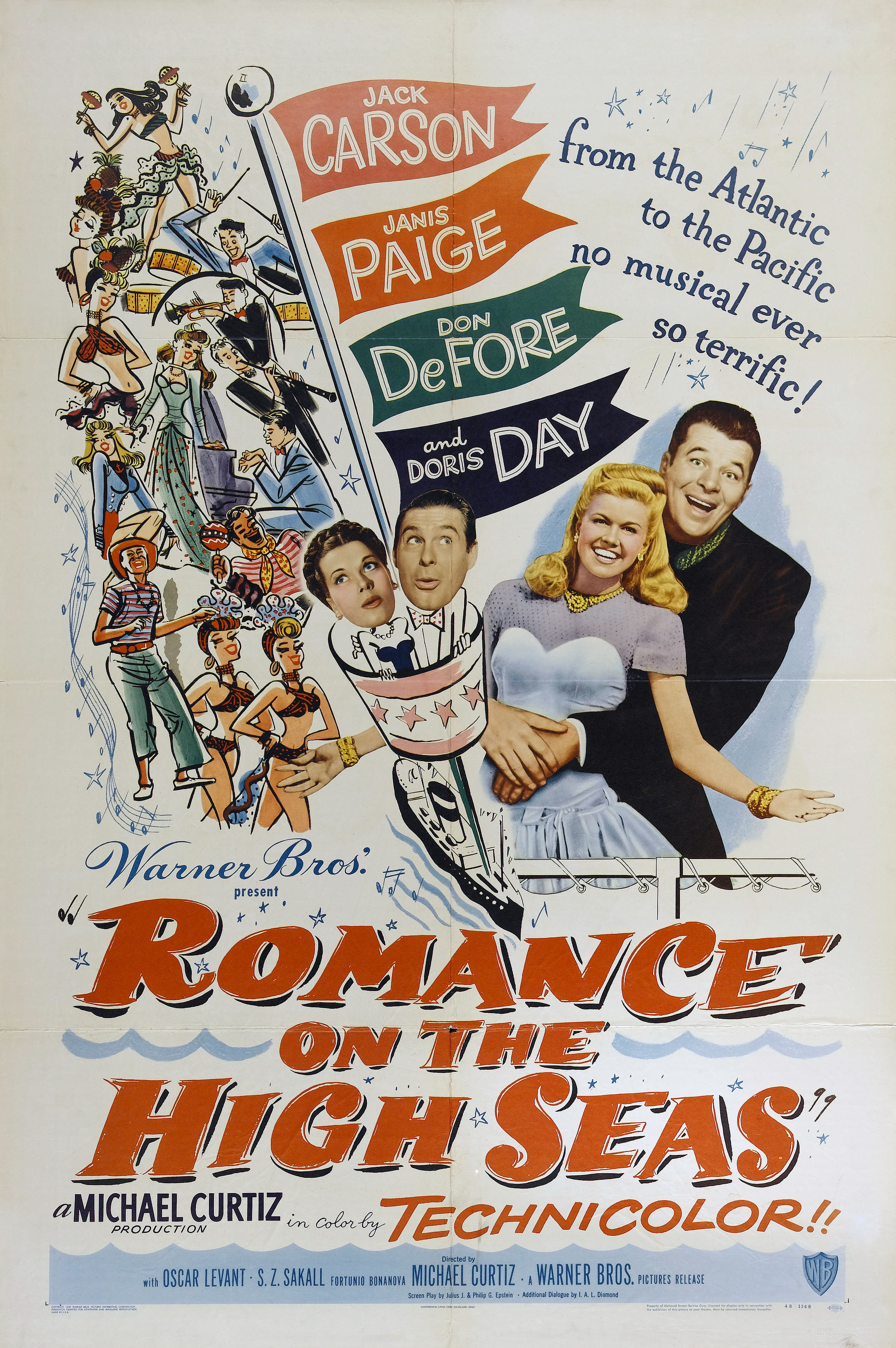 It’s time for a movie about how the lack of trust in a relationship can really get you in trouble. After all, no relationship can exist without trust, it’s just not going to work because the endless cycle of suspicions and all will just keep you trapped. This movie is a fun comedic look at how things could play out and I’d say that it works well. The cast of characters is fairly small but you’ve got a lot of dynamics here.

The movie starts with Elvira having to cancel yet another trip because her husband Michael couldn’t make it again. At this point it’s enough of a running gag where the store even knows her. Elvira is disturbed when she sees that Michael has hired a young, flirty receptionist and decides to test his mettle. She’ll pretend to go on the cruise alone and will hire a stand-in (Georgia) to take her place and keep up the act. She’ll then watch her husband from the building next door to see if he cheats on her or makes any kind of mistake. She’s going to catch him and then…..well that would be sad for her but she’ll feel validated.

Meanwhile Michael is suspicious because at the last second he was able to cancel the work plans but when he offered to go on the cruise, Elvira said that it was too late and she had to go by herself. The whole thing was odd so he hires a detective (Peter) to go on the cruise in his place and spy on Elvira. See if she gets up to any trouble and then report back to him right away. If he catches her in the act then it’ll really wreck his day but he’ll know once and for all that his suspicions were correct. In both cases the main characters have to hope that they are wrong but just don’t have enough trust in each other to not have to attempt this in the first place.

It’s a fun plot that will definitely inspire a lot of shenanigans to be occurring on the ship. Georgia has never been on a cruise before and is typically not very well off so this is all a blast to her. She tries her best to live up to Elvira’s image but the rich lady left her so many instructions that it will be difficult to follow them all. At the end of the day Georgia is more of a free spirit and just wants to have a lot of fun. When she runs into Peter, the two of them hit it off but the tough part for her is that her cover is that of a married woman so she can’t really pursue this.

At first I would say that she doesn’t even realize that he likes her like that, it takes a bit for this to be settled. I thought Georgia was a fun heroine. She could have definitely done more to keep her cover though as resisting a romance for a little while on a cruise isn’t all that hard. She’s certainly earning enough money to just have fun by herself if you ask me. Still, Georgia means well and is one of the more entertaining characters here.

As for Peter, well the whole thing is actually a lot worse on his side. See, he actually thinks that Georgia is Elvira and yet he’s still making a play. At first it is just to test her which is dubious in itself but at least he’s not trying to go further than that. Once he actually does like her and start to make some moves then that’s really dicey since she is “married” as far as he knows. So the romance itself is one that I couldn’t root for in the slightest and it’s not a good look for him either.

The first rule of being this kind of detective is not to get involved with your client. No romances or anything like that because it’s just a conflict of interest. So he failed right out of the gate there. As a character he’s nice enough but he’s definitely not the best at his job. He’s very lucky that things tend to work out in his favor because he could have really been in a jam.

Then we have one really random character in Oscar who doesn’t add a ton to the dynamic. I’m convinced that he was just added to make things more chaotic. In which case….that’s a good idea! The character himself may not be great but the more misunderstandings the better for a film like this. The poor guy is madly in love with Georgia but you know that he is doomed right from the start. Almost every line is him feeling sorry for himself or directly confessing to Georgia but she writes it off as a joke. While it’s played for laughs, that has to be one of your worst fears when speaking out your true feelings.

The other person just laughing it up or joking with you has to be a downer. At least Oscar never lets it get him down though. Then for the main two, Elvira and Michael don’t get to do a whole lot here after the opening scenes. They’re okay but not nearly as interesting so it’s probably for the best that they were dumped to the side. Elvira certainly started this with her big scheme but Michael is also to blame for hiring that receptionist who was quite shady. That lady wasn’t exactly subtle with the flirting or in how rude she was to Elvira. That alone should have gotten her dismissed and if I was Elvira I would have insisted on it.

For the most part the humor in the film is on point which is what makes this a solid watch. The only gag that thought dragged on way too much was when Peter and Oscar get drunk at the bar. They keep on trying to drink their beers but another drunk steals it. This scene goes on for ages until it finally ends and was just stretched out too much. There are a few songs in here but fortunately they don’t take up too much time. I wouldn’t say any of the songs were great or anything but surprisingly Peter probably had the best one here. It was the most outrageous which ended up making it memorable and I got a decent chuckle out of that.

Overall, Romance on the High Seas is a good film. It doesn’t overstay its welcome and has a good amount of laughs for everyone. The characters are solid and the writing is good as well. The film has a whole lot of build up to everyone finally meeting each other and makes the most of it with the climax. I haven’t seen a climax that crazy in quite a long while and it really executes everything on point. If the climax had faltered then it would have certainly hurt the movie so I’m glad that everything worked out ideally. I’d recommend checking this one if you want to watch a comedy with some romance. The romance itself is weak but comedy is the main genre anyway so you’re all set there.