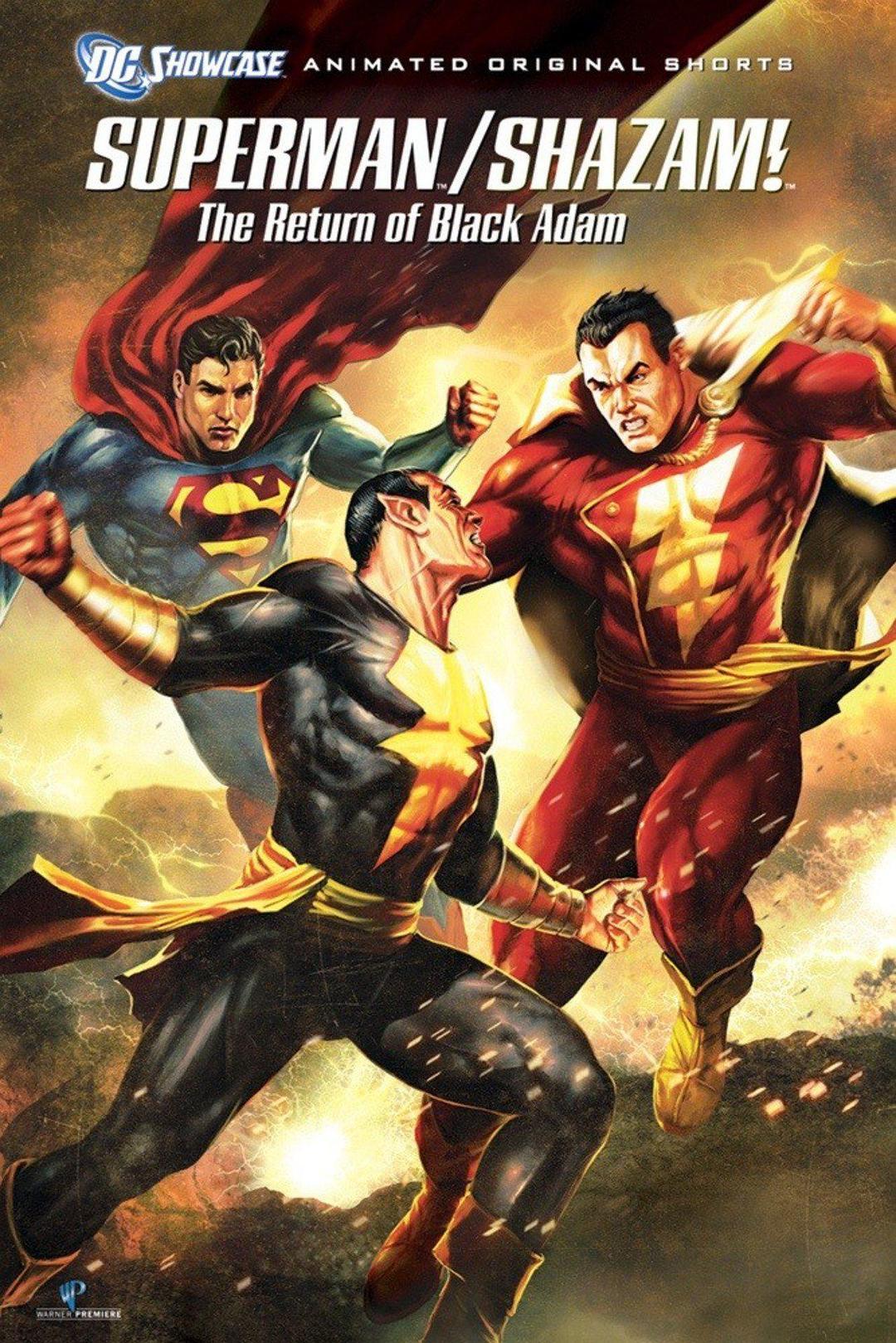 It had been many years since I saw this one so it was nice to check it out again. The special really holds up quite well though as the animation is still very good and we’ve got some good fights here. Who wouldn’t want to see Black Adam take on Superman right? It’s one of those heavyweight battles you’ve got to see. Now in terms of power levels I do have some issues…but lets dive right into this.

The movie starts by introducing us to Billy Batson who is still doing his best to be a nice guy but it rarely seems to pay off. He gets beat up for his troubles and has been bounced from foster home to foster home. Clark Kent wants to interview him and this may be at a good time since Billy was starting to get disillusioned with everything. There isn’t time to finish the interview though as Black Adam shows up and immediately tries to murder Billy. Clark transforms into the mighty Superman in order to battle him while Billy learns about great power and what it means to be a champion of the people. Will a brand new Shazam and experienced Superman be able to stop Black Adam?

This is definitely one of the best portrayals of Billy Batson that I’ve seen. Fans of Shazam will appreciate his portrayal here as he’s a good guy just trying to do the right thing. Billy is courageous enough to defend the homeless guy from a bunch of bullies and doesn’t back down from those bigger than he is. As Shazam it takes him a little bit to get used to his powers but once he does then it’s off to the races. Ultimately he avoids taking things too far and listens to Superman even when it’s a stressful moment.

This is Shazam as a super capable hero and he looks really good throughout. I also appreciated Superman here as he has a lot of great lines. This is Superman at his best, a protector of the innocent and guardian of the planet. There’s a certain reverence to him here and I like that he is super experienced at this point and knows how to handle powerful opponents. This works great as a first meeting between the two with Black Adam and Superman initially gauging each other’s abilities. It was also nice that Adam just broke in and started fighting right away. No trash talking or anything, just going right into the action.

For the animation, it pops out as I mentioned. The colors are a little less sharp than something like the DCAU but we get a lot of solid hand to hand. It’s rare to see Superman actually engaging in combos like this as his strength is usually enough but against an opponent of similar strength it makes sense to handle the fight like this. The movie did a good job with that even when it was the 3 of them fighting. They would use their aerial momentum to keep on swinging and things like that. It was just nice to see. I can’t say that the soundtrack was as memorable unfortunately but you don’t really notice because of how hype the whole thing is.

Now I did say that I had some power level concerns so lets get into this. Superman just looks too weak here. Yes, Black Adam is powered by magic, but Superman routinely takes his eyes off of Black Adam leading to sneak attacks. I also thought Superman should have leveraged his experience more in the way that he fought. Like one tactical error was grabbing Billy and just taking a lot of shots when he should have instead tackled Adam away from the area. Superman just letting himself get buried by the giant tower was another miss.

While I’m sure Superman was holding back initially, after a punch or two he should be able to tell that Adam is strong enough to take the hits and then go all out. I just don’t see Superman being completely overwhelmed the way that he was here. Make no mistake, the fight was not close. Without Shazam there Superman would have lost rather easily in this movie without dealing much damage at all. Even if Black Adam could defeat Superman (And my money is always on Superman) it would be after a long hard fought match. It would be relatively even as opposed to a one sided massacre.

Still, I did like seeing the two heroes combo him. It made for a fun fight and I do think that Adam is one of the strongest DC villains out there. He makes for an excellent opponent to Shazam in the mythos and that guy does have a lot more experience so you can see why he would typically have the edge in their confrontations. The more Shazam fights the closer their battles will be though. To date this is easily one of DC”s best stand alone projects out there. It’s very short at less than 30 minutes so there is no time for fluff. We just jump right into the action. There isn’t a lot to say beyond that, just that it’s great all around so you really shouldn’t miss it. Power level issues very rarely hurt a film as you have to go out of your way to make things too crazy. I can buy into Superman having an off day or this just being a weaker portrayal of him. Maybe he just fought someone under the Red Sun and so his powers are weakened. Enjoying the fight is the most important part either way.

Overall, The writing is fantastic and it really helps to support the great fight scenes. When you grab 3 of DC’s strongest characters you know that things are going to go well and this movie does not disappoint. I highly recommend everyone to watch this one and with Black Adam the movie just coming out a few weeks ago, now is a good time to revisit this one. It’s also interesting seeing Adam as more of a pure villain as opposed to being more of a Punisher type character. This one took being banished rather personally and seemed to already be evil before that. Admittedly an evil Black Adam like this one is the version of the character that I’m the most used to but his character has been more nuanced for quite a while now. It would be nice if DC ever went back to these individual specials like this again. Not instead of the full animated movies of course but in addition to them like how they used to do it.

2 thoughts on “Superman/Shazam!: The Return of Black Adam Review”