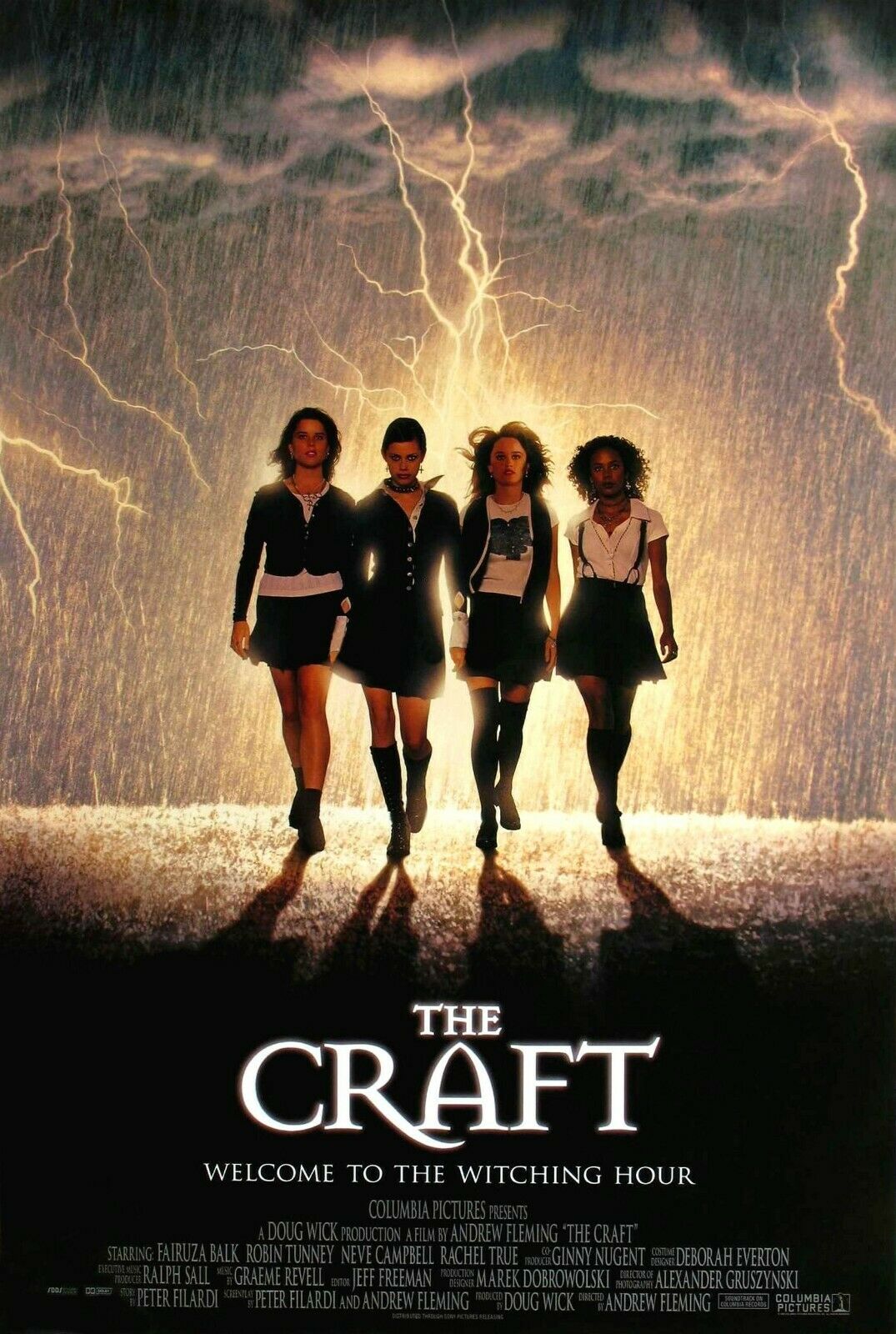 When I hear the term “The Witching Hour” I think of Football since they use that term every week on Red Zone when the games are entering the final quarter. I don’t watch a whole lot of movies about witches either so I don’t hear it in this context as much. Well in the end that may be a good thing because this one’s not very good. The characters are all pretty bad for the most part and any scene involving a witch initiation or ceremony tends to drag on quite a bit. This one did not end up being a winner.

So the movie starts with Sarah moving into town and it looks like this place is filled with creeps so she’s going to have a hard time fitting in. One guy seems to like her but it quickly becomes apparent that he’s just using her and does the same to all the newcomers. This drives Sarah into the arms of the 3 witch outcasts at the school. They believe that Sarah is the person needed to complete their quartet so they add her to the initiation and begin their spellcasting. At first things seem harmless enough like little coincidences or love spells but then the 3 girls start getting more and more extreme about using their magic to hurt others and have a good time. Sarah wants out but much like a gang…once you’re in there is no way out. Can Sarah stop these 3 or is it game over?

One thing I’ll give the film props for is that it does cover a lot of ground. Keep in mind that at first Sarah isn’t part of the clique so gradually she joins them, then they all explore their abilities, then they see how these powers are causing damage to people, then they become cool with this, and then they turn evil and go after Sarah. So there’s a whole lot of turnarounds going on here and the film does a reasonable job of giving each section time to breathe. As I mentioned earlier it only really drags on during the witch ceremonies.

We don’t need to see them huddled in a circle chanting to the winds or forming blood pacts. Those were dated when they first came out and you feel like Sarah is really letting them take her down the dark side here without much resistance for a while. They are cool with just stealing books from the local witch expert and while Sarah doesn’t steal anything, just hanging out with these guys is a bad look.

Because if you keep being friends with people who are criminals then to an extent it seems like you are condoning it right? You have to take a firm stand against such things if you really want to make a difference. Sarah just gets in a bit too deep here and it feels like the film wouldn’t have even started if she didn’t hang out with these girls. Now you don’t want to judge them on the reputation of course so it’s good Sarah didn’t buy that but once she saw that they were actually not good people then it was time to cut out.

Sarah isn’t exactly blameless in this whole debacle either though. She casts a love spell on Chris, the guy who messed with her in the intro and apparently it’s basically permanent and can’t be turned off. From there he really goes off the deep end with how obsessive he is over her to the point where he becomes dangerous. She finds this amusing at first and disturbing later on but doesn’t take a very active role in trying to remove the spell.

There is one lady named Lirio who at least knows about witches and can maybe help to an extent but surprisingly she ends up doing nothing in this film. She gets to talk tough and come up with ideas but Sarah runs out of there before they can properly try out the spell. I think Sarah should have stood her ground there since maybe they could have fought off the 3 witches together but I guess we’ll never know from there.

Throughout the film they explain that Sarah is a prodigy in magic so you’re waiting for her big power moment but this isn’t quite Shonen Jump so that doesn’t get to happen. Would have been really cool though. Sarah still does get her clutch moments in the end though and we do get a witch battle by the end. Sarah gets to confront all 3 witches and shows them what true power really is. I appreciated having some action at the end.

The ending of the film is also quite solid with Sarah really laying down the law. It’s not quite sequel bait but you know if there was another film that Sarah would be in good shape now. These other 3 won’t be able to do much against her anymore. So in the end I wasn’t big on Sarah’s character but at least she ends well. Bonnie and Rochelle were played up as if they were going to be sympathetic characters for a while there so I was definitely surprised when they went into full villain mode. It wasn’t a bad decision, the film subverted my expectations in a solid way there. These two didn’t really plan things out very well but at least they were following some kind of path.

Nancy was definitely the main villain of the group in the end though and was certainly the most ambitious. She probably should have tried a more direct way of taking Sarah down before it was too late though. Beating around the bush just put her in a tough spot here and gave time for Sarah to get her bearings. The way the witch powers work here is typically more mental than physical like messing around in the dreams but when push comes to shove you can also use telekinetic abilities. There isn’t much in the way of defense though so if they all ganged up on Sarah and just beat her up there would not have been much of a counter to that.

Overall, The Craft wasn’t really my cup of tea. The witch ceremonies drag on a whole lot and the main characters just aren’t very likable. There’s a super random scene with a guy and his snake that pops out of nowhere but for an instant opens up the door to some interesting plot threads. I thought things were going to go in a different direction with some kind of shady group showing up and the main characters having to team up. The 3 witches actually being evil by the end was unexpected and could have worked but ultimately just didn’t take this title to the next level.