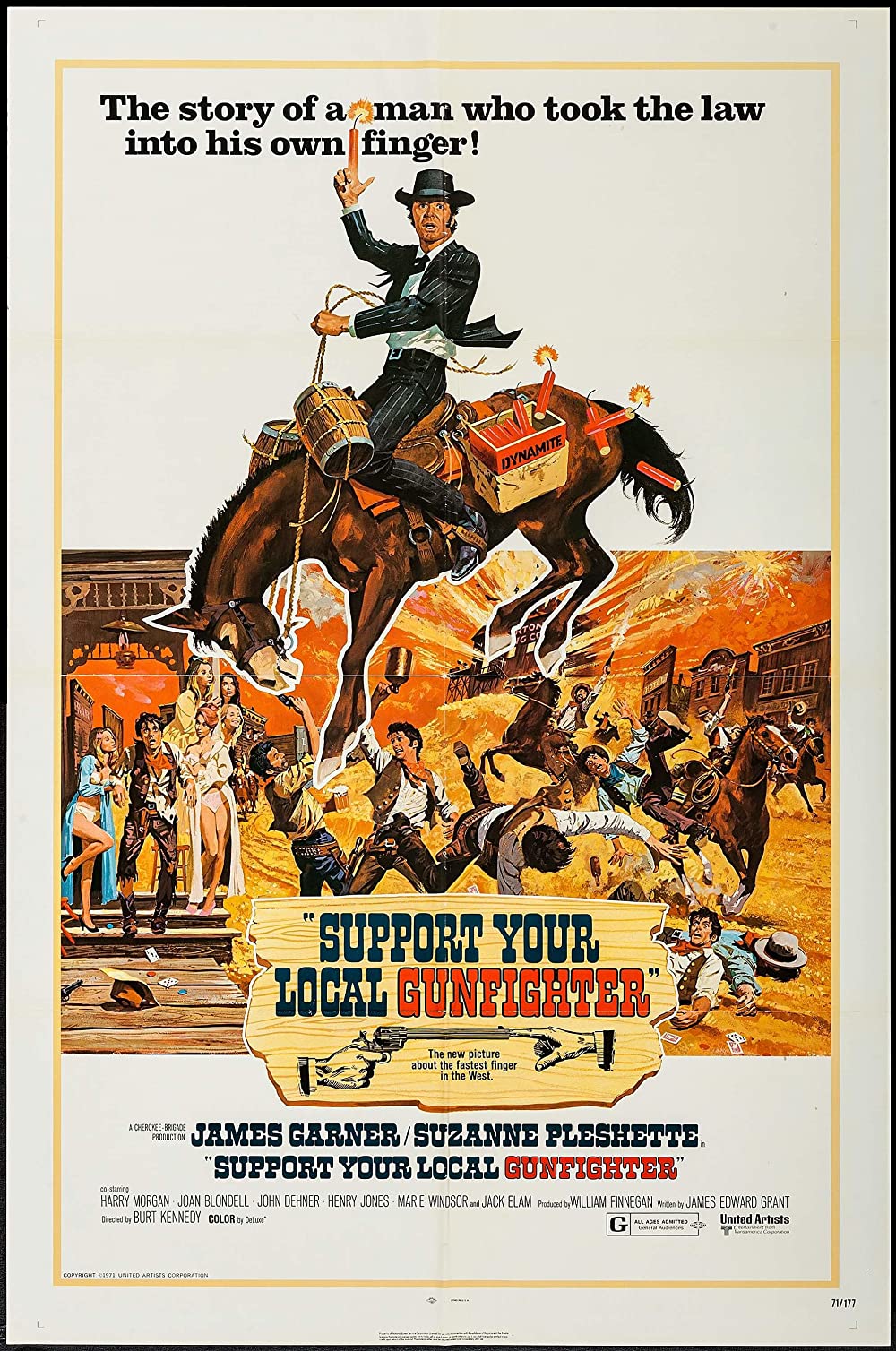 It’s time to continue the support series but this one is a decisive step down from the first one. It’s still a good movie and perhaps if the first one did not exist then it would have been great but the whole time you just feel like this one loses on every front. The main character is a massive step down but even the jokes aren’t quite as funny. The movie is just a bit more on the desperate side and could have used some more time on the writing table to really nail down. Still, if you want a film with some funny moments then you should still have a good time here.

The movie starts off with Latigo deciding that he wants to escape a train before he can become married to Goldie. The guy really doesn’t want to get married so you have to figure that Goldie is either mean or just too much for him. It’s just not easy to sympathize with the guy because it seems like he was super drunk and did make it seem like he was interested in her. In fact it seems like he is a huge flirt the whole time and it even known for this so it’s a horrible look for the guy. Well either way he escapes and heads to a nearby town where he pulls the moves on the owner Miss Jenny who likes him too now. There’s also a girl there named Patience who likes him so Latigo is having his fun.

It’s not all fun and games though as there is a big war going on between Taylor and Ames as there always seems to be in wild west country. Latigo figures he’ll make a lot of money and mess with them. One thing leads to another and he gets a guy named Jug to pretend to be the world’s greatest marksman, Swifty. Now nobody will want to mess with them but if the real Swifty shows up then it’ll all be over. There is no coming back from that, it would be game over. Still Latigo can take the money and split right? Well, he is also a gambling addict and can’t help but put all of his money in the tables. Ah great….

You can see why I can’t sympathize with the guy. Far as I’m concerned he’s basically an antagonist here. He digs himself into these holes and would not be in so much trouble if he would stop flirting and getting drunk. The fact that he makes no move to get away from these bad habits just shows that he isn’t trying to improve. He actually does seem to be good with a gun but they don’t go into that in the film much. He constantly tells Jug that he’s no good and is very slow but the film seemed to be hinting that he was only doing that to try and protect Jug. So you’re waiting for him to end up getting some kind of big fight in the climax and yet…it doesn’t happen. So what was that build up for?

Not saying it would have absolutely saved his character or anything like that but it would have been something right? Give me a reason to root for the guy a bit. Even with the gambling it’s annoying because he’s constantly talking about what a scam it is and then he falls for it anyway. The man has no willpower and then succumbs immediately. That’s not a good combination no matter how you slice it. The gambling scenes are pretty intense at least so that’s a start.

Goldie and Miss Jenny don’t make for great characters either. Jenny fell for his emotional story way too quickly and for Goldie I don’t see why she would still want to be with him when Latigo is always running away from her. Even if she were to claim him, wouldn’t that not be very satisfying knowing that he always wants to leave? Seems like it would be a waste to me at least and that’s part of why the romance here is very weak.

Latigo’s partner Jug can be decent at times at least. I wouldn’t say that he’s very likable either and he’s the classic character who is strong but not very smart. At least what I do give him credit for here is that he doesn’t back down from a fight and is ready to go in. He may not be smart but at least he doesn’t run away so easily. The two big villains Taylor and Ames are really forgettable though. Even though their war is a main plot element the whole film, you will find yourself struggling to care the whole time. It’s just not a very interesting story.

I did like the true villain Swifty though. When he shows up the characters have to take note because he has the skills to take the whole town down should he feel the urge. I would have definitely handled the climax a whole lot differently though. It makes for a decent comedic burst I guess but in this case playing the climax straight actually would have been a whole lot more effective. The ending would have been more satisfying and so the film would have benefitted as a whole.

Overall, This film is just not super funny for being a comedy and that is what hurts it here. At the end of the day you need to be funny and be funny consistently. That is the trick for making a really good comedy film. It’s just funny enough where you will have a good time either way but the lackluster characters and underwhelming climax will take away a lot of the replay value that it could have had. I’d recommend giving it a watch if you like westerns and/or comedies but you probably won’t be going for the rewatch. Just the initial viewing will be enough for you to get the full experience and then keep it moving. Still a shame that they didn’t make more movies like this though. I think there would have been a lot of potential to make several parody type films like this. When executed well you can picture just about any kind of profession working in this style.