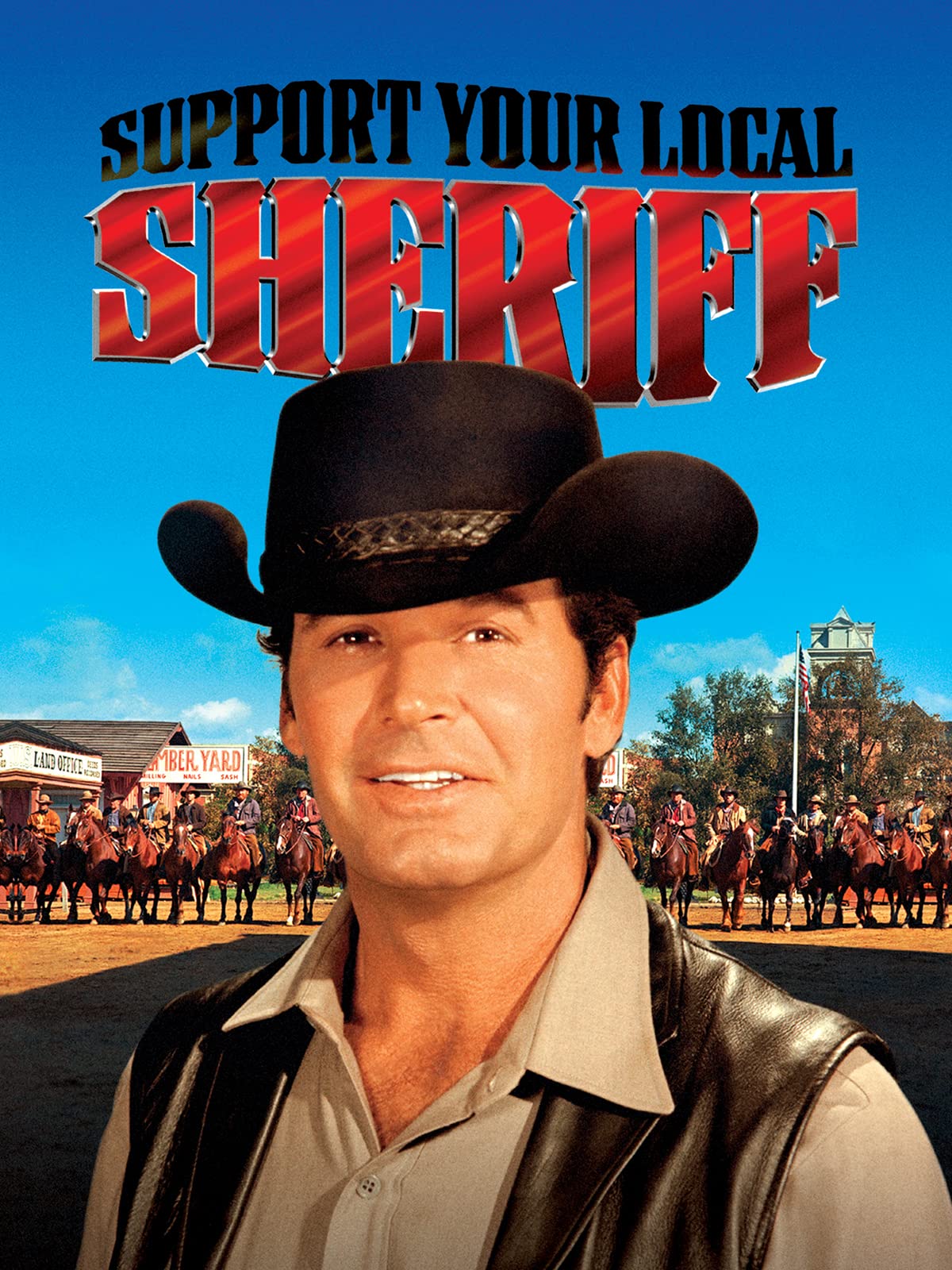 This is definitely one of the better westerns out there and starts off as a really strong title right off the bat. It has a good amount of humor and action throughout so you won’t be forgetting this one by the time you’re done. It ends up sticking the landing and so even if it isn’t perfect, the movie absolutely accomplishes what it set out to do.

The movie starts off with a very serious funeral being interrupted as some gold is spotted so everyone gets to digging. The town is fairly well off now and so they had to quickly get the government set up but nobody wants to be Sheriff. The Sheriff is always run out of town by the Danby gang who basically run the village from the shadows. Well one day a guy named Jason appears and he is a very confident gunslinger. The mayor and his crew are glad to have Jason on board but they didn’t really think he would be as good as his confident demeanor would have you believe. When Jason begins to rock the boat and upset the Danby family they have to decide if they have his back or not.

The town is not loyal in the slightest and it all trickles down from the mayor. He may say all the right things from time to time but it’s clear that he doesn’t truly believe in Jason. If he did then he wouldn’t be so nervous about the Danbys winning. He’s constantly trying to talk Jason out of helping or to get him to leave but it’s just too late for that now. He should have thought of that before hiring the Sheriff. Additionally he could be more direct about it instead of just waiting the whole time or talking passively as he beat around the bush the whole time.

It does make for a lot of entertaining scenes of course but it doesn’t make you like the character much at all. The town really tried their best to keep getting victimized by the Danby family so you half wish Jason would just run off at some points. Even the main heroine Prudy tries to tell him that he should run away. At first you figure she’s just trying to play him by saying all of this so he would say but when the scene ends it seems like it actually wasn’t her plan and she genuinely thought it would be safer for him to leave.

Little twists like that are part of what makes this film really solid. It is able to be a smart parody of the usual wild west adventure without being too obvious about it. The best complement to the film is that it often is quite funny. I had a good time with it that’s for sure and it has a good amount of replay value so you could easily watch it over again. The writing is on point and so you have a good amount of banter between all of the characters.

If the film has one weakness it’s that the romance here is definitely on the weak side. It’s probably difficult right out of the gate to have a serious romance in a parody film so they should have probably tried to make it more of a comedic subplot. We do have the gag where something embarrassing always seems to be happening to Prudy when she meets Jason but usually you’re just waiting to get back to the action.

The Danby family makes for some decent villains. Of course they’re all greatly outmatched against Jason but they definitely don’t train as often as he does. This guy has been fighting with a gun since forever while they likely just use it for threats most of the time. Jason is always one step ahead and knows just how to intimidate them in order to come out on top. Sometimes it is directly and sometimes he has to trick them but he always comes out on top.

Jason is a huge reason as to why the film is so good. I love the boundless confidence that he has and so it always lets him have the last laugh here. Without him as the lead the movie wouldn’t be as good and the sort of sequel to this film really underscores that but I’ll get to that film soon. Jason dominates the movie right out of the jump and he gets a lot of the funniest jokes. You definitely need him in order to make this film a success.

I thought Jake was decent at times too though. At least he was the one person in town who was actually willing to defend Jason and help him out when the going got tough. You certainly couldn’t expect that out of most of the other townsfolk who were just waiting to get wrecked. Prudy gets some credit here as well since she is introduced as a fighter early on and then helps a lot in the climax. In fact she helps so much that Jason even wants her to calm down since he was hoping not to murder anyone. I thought Prudy had the right idea here though since you need to take them down for the count.

Overall, With good pacing and a lot of fun humor there isn’t really anything to dislike about the film. It certainly underscores how difficult it is to be a sheriff because everyone is against you the whole time. You have to build some strong connections and quickly or you will end up being completely run over by everyone else. There’s never a point where the movie drags on and so I would go as far as to say this was a great movie. I could easily re watch it now which speaks to how good it is. If you like Westerns or just want to watch a fun comedy then this is the title for you. There are still serious moments and fights but the film masterfully mixes and matches the different tones throughout.