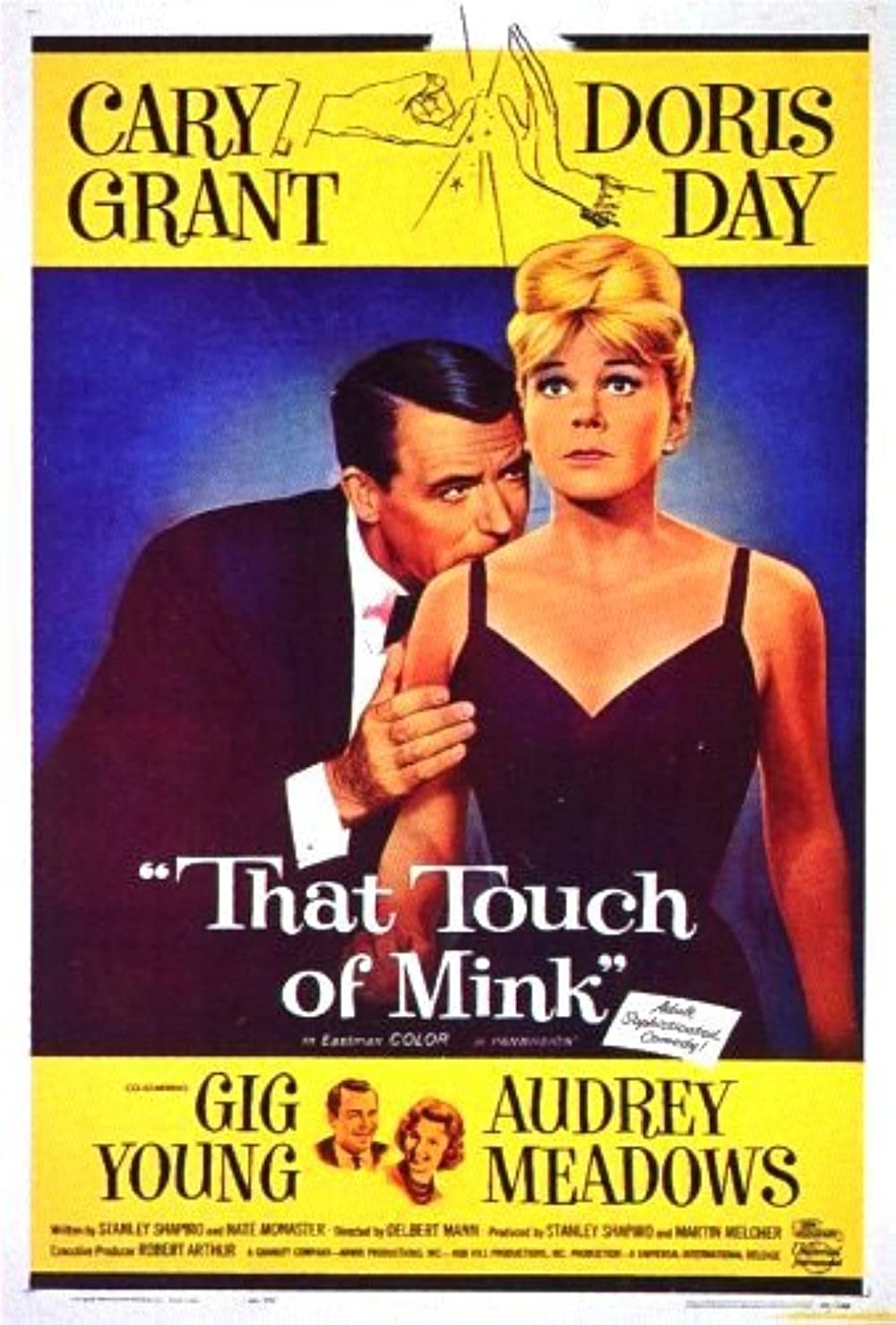 It’s time for a classic romantic comedy film. It’s been a little while since I’ve seen one of the Cary Grant/Doris Day combination films and this is a solid one as you’d expect. It’s maybe a tad weaker than the average film because the film tries to be a little more grounded this time. It’s not quite as crazy as you might expect although you can still expect a lot of shenanigans to be occurring. It may not be near the top but at the same time it is quite timeless so you can really watch this at any time and have fun.

The movie starts with Cathy heading to a job interview. It’s been a trying time for her as she has to deal with an annoying clerk to cash in her unemployment checks named Beasley so she really needs things to work out. Unfortunately she ends up getting splashed with a bunch of mud by the rich Roger who is so rich that he doesn’t even stop to help out. Instead he sends his lackey Roger to do the damage control. Roger has watched as time and time again Philip got his way due to a mix of being handsome and rich. Now that he has someone as upset as Cathy at his side, he figures this is the perfect time to watch someone really let Philip have it. So Roger escorts her up but unfortunately it doesn’t end up working out that well.

See, she has a change of heart as everyone else always does and as a result she accepts his offer to go out with her. Now Roger’s plan is foiled and he may have just helped Philip get another win accidentally. With his mind slowly breaking he starts to seek some help from a psychiatrist which kicks off a whole lot of misunderstandings.

Back to Cathy she is a bit unsure of how to proceed. On one hand she does like Philip but she isn’t sure exactly how serious he is. Does he actually want to marry her or is he just trying to pull out some moves so that she will go all the way with him. For Philip he also starts to see Cathy a bit differently than most of the ladies that he has gone out so he starts to have doubts on if he should break the whole thing off. Both of them are just never on the same page which always leads to a lot of drama and issues. Can they make this work?

So at its core this is a classic romance film and you can probably see how that’s going to play out. In the short term what sets this one apart is that both of them want to be together but have doubts on the other one’s intentions so they play it safe. This results in both characters going in a circle a whole lot which drags things out but there are fun scenes with this as well. I appreciated Cathy having a good friend in Connie who was defending her the whole time. Connie has a bit more of a cynical mindset when it comes to these guys but you really can’t blame her. If a rich guy showed up and then 5 minutes later you found out he was going out with your best friend you’d also feel like this is suspiciously fast. It just doesn’t really add up so you would start to think that it’s some kind of a desperate play.

Unfortunately Cathy usually doesn’t listen to Connie’s advice much but at least she tries. Roger is the equivalent for Philip but the guy isn’t quite as selfless as Connie. Honestly for most of the film he’s really just trying to keep Philip and Cathy from being together just to stick it to Philip. He sort of resents being the sidekick all the time and wants to do something about it but isn’t brave enough to do this directly. It’s definitely what holds him back as a character. He’s fun and fulfils the punching bag role rather well but as a character he’s not the kind of friend you would want to have.

Then we have Beasley who is really here just as a tool to try and make Philip jealous. You know that he never stands a chance here and the guy comes off as so desperate and annoying that he’s basically the villain. He really tries to take advantage of his position to get together with Cathy and that tells you all that you need to know about the guy. He’s far from being a class act that’s for sure. I’d have preferred that we got a real rival but that may have muddied the water here a bit. At least this way there’s no rebound but the climax involves tricking him into thinking he has a chance which is a trope I tend to dislike. Cathy should try to get to Philip without having to use anybody.
As for Philip, he is the kind of guy who never seems all that serious about a relationship. He’s certainly been through a whole lot of them over the years after all so why should this one be any different? Of course you’re meant to see that it will be different this time but I would be completely skeptical all the while. It just doesn’t really add up and it’s hard to change so quickly. Of course it’s possible but it’s not something you would typically bet on. He seems like a decent guy otherwise, Philip is just a chronic flirt. He does have the decency to try and break things off with Cathy when he sees that she’s serious about the whole thing at least.

By the end I can’t say I’m fully on board with the romance but at least there weren’t any real rebounds here compared to most films like this. A lot of times the middle act will have the characters going with a rebound to see if they can get over the other but that doesn’t happen here aside from Cathy pretending at one point. The scenes of each character getting super stressed out and breaking into hives was a bit odd but perhaps a creative way of showing how nervous they were. Philip getting sick at the end was a bit cheesy since he doesn’t seem like the type to get nervous at the end with all of his experience. That seemed to just be to even things up even if it didn’t make a lot of sense.

Overall, That Touch of Mink is a fun comedy film. It’s nothing great or world shattering but it gets the job done with that retro style of humor that works well. Things tend to happen quickly and the writing is on point. It’s a pleasant film that doesn’t drag on and even if some of the jokes may not land, most should. It’s a well balanced film and there aren’t any moments that will really leave you shaking your head. At the end of the day you’ll certainly be entertained all the way through and that is the goal of the film. So I’d recommend checking it out and you won’t be disappointed.