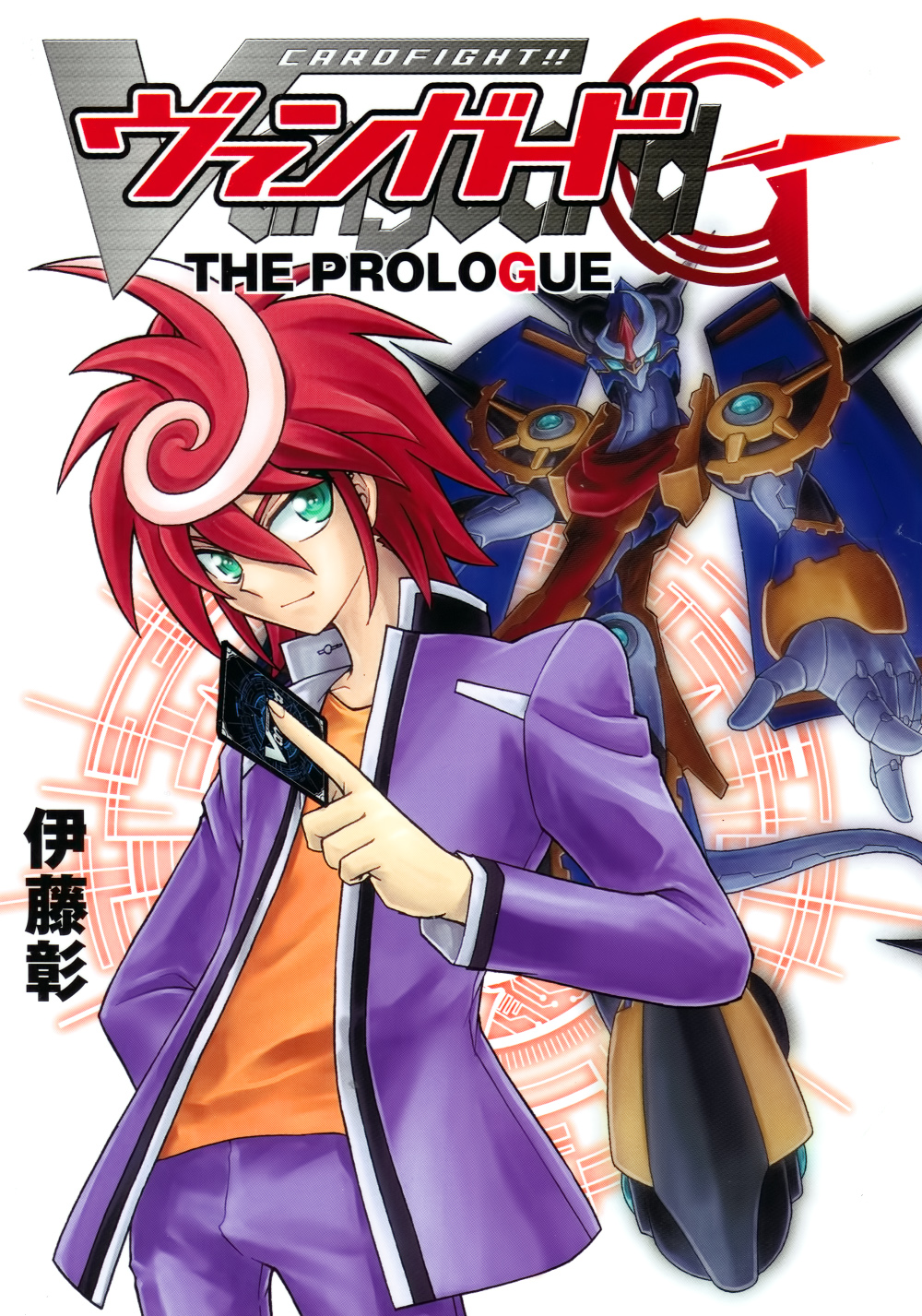 Cardfight Vanguard is one of the greatest franchises of all time without a doubt. It always delivers on amazing duels and constant moments of hype and amazement that you just would not have seen coming. The series is just built different and it’s cool that it got a fun little prologue story like this. It’s a bit of an AU as things happen differently than in the main series but it’s fun to see Chrono return for the G part of the series. We get 2 duels here within the 5 chapters which is a pretty good mix I’d say.

The series starts off with Chrono scaring off some bullies who were picking on a weak cardfighter. He is always defending the weak but doesn’t really know what to do with himself. Well that changes when he finds a deck in his locker. He figures that he can sell this for good money and then take the world by storm but he is confronted by the store’s assistant Kamui who insists on dueling Chrono first. Just tossing out the deck would be a waste and his boss Shin also agrees. Chrono will have to fight hard to get past these two veterans. The man called Shin also seems very suspicious with how much he knows about Chrono. Playing these duels may end up teaching Chrono more about his past so that’s another good incentive to this fight now. Fight hard Chrono!

The chapters are all fairly short so I can only imagine that this was a very small volume even once it was released physically. Hopefully you could buy it at a discounted price and then it would definitely be a really good pick-up here. The art is solid and it captures all of the characters that you know very well. The character proportions are on point without a doubt. The action scenes are good and it’s all very clear so you couldn’t ask for much more from the series. A good amount of effort was put in and this could have been really fun as a long ongoing as well. You can never have too much fun with more and more Cardfight spinoffs coming out after all. This could have been another long one to add to the list.

As the main character Chrono is pretty good here. Unlike his main version he actually doesn’t come close to giving up or forfeiting this time. That’s a weakness that he has in the main series as well as the anime but in this prologue he fights all of his matches all the way to the end. That’s exactly how it should be for an up and coming duelist. You have to take the losses along with the wins. Chrono is a very solid character as a result and he fights really hard considering that he’s just getting started. He’s certainly ahead of the curve.

Kamui’s role isn’t super big but he was always a main character in G so it’s fitting that he got his own duel here. As one of the originals I would always expect him to absolutely crush Chrono though. I know Cardfight is set up in a way where the matches will almost always appear to be close but at least you definitely shouldn’t have any doubts about who will ultimately end up winning the match. Then we have Shin who is a lot more mysterious looking than usual. What I liked here is that Shin acts a little more like himself from the prequel anime. I believe this pre dates that one but it’s just nice to have him as a very serious adversary and cardfighter as opposed to being a washed up storeowner who can’t fight anymore.

Shin’s portrayal here is good and he actually does remember the good ole days. His deck was solid and he helps Chrono to pass his limits which is certainly a big deal. He works really well as a final boss in a prequel as he gives Chrono just enough info to get him interested in the game while also maintaining the mystery that this is only the tip of the iceberg. Chrono will still have a lot to look forward to and so you have cameos from characters like Ibuki and Tokoha who are around.

There isn’t a whole lot to say though because even if you merge all 5 chapters of the series it’s barely longer than one of those big One Punch Man chapters. It’s a very quick read that it just here to get you to see a fun pair of cardfights. Fortunately that’s all that I need in order to have a good time. The duels are good fun with a solid amount of detail put into them. They explain enough of the rules to where you should be able to follow along. They don’t bother to explain some of the more intense rules like stride riding but you can just figure that it’s a really impressive move.

At his best Aichi always does tend to beat Chrono for me but Chrono starts out stronger and this manga really shows why. He is already able to stand up for himself right from the start and he is quick on the uptake. It took Aichi quite a while to really believe in himself and that’s just not a problem that Chrono has. This prologue really gets you interested in re watching some of those classic G battles.

Overall, As a prologue I would say the goal of the manga should be to try and get some new fans into the franchise. With that in mind I would say this succeeds as it gives you a lot of reasons to come and check out the show real quick. You see enough interesting characters in the background and cool dueling mechanics to make you want a little more. With that in mind you should definitely check this one out. It really has no issues and it’s not like it’ll take you very long to read it either. It’s just two quick duels and you’ll get a flavor for what the franchise is like. 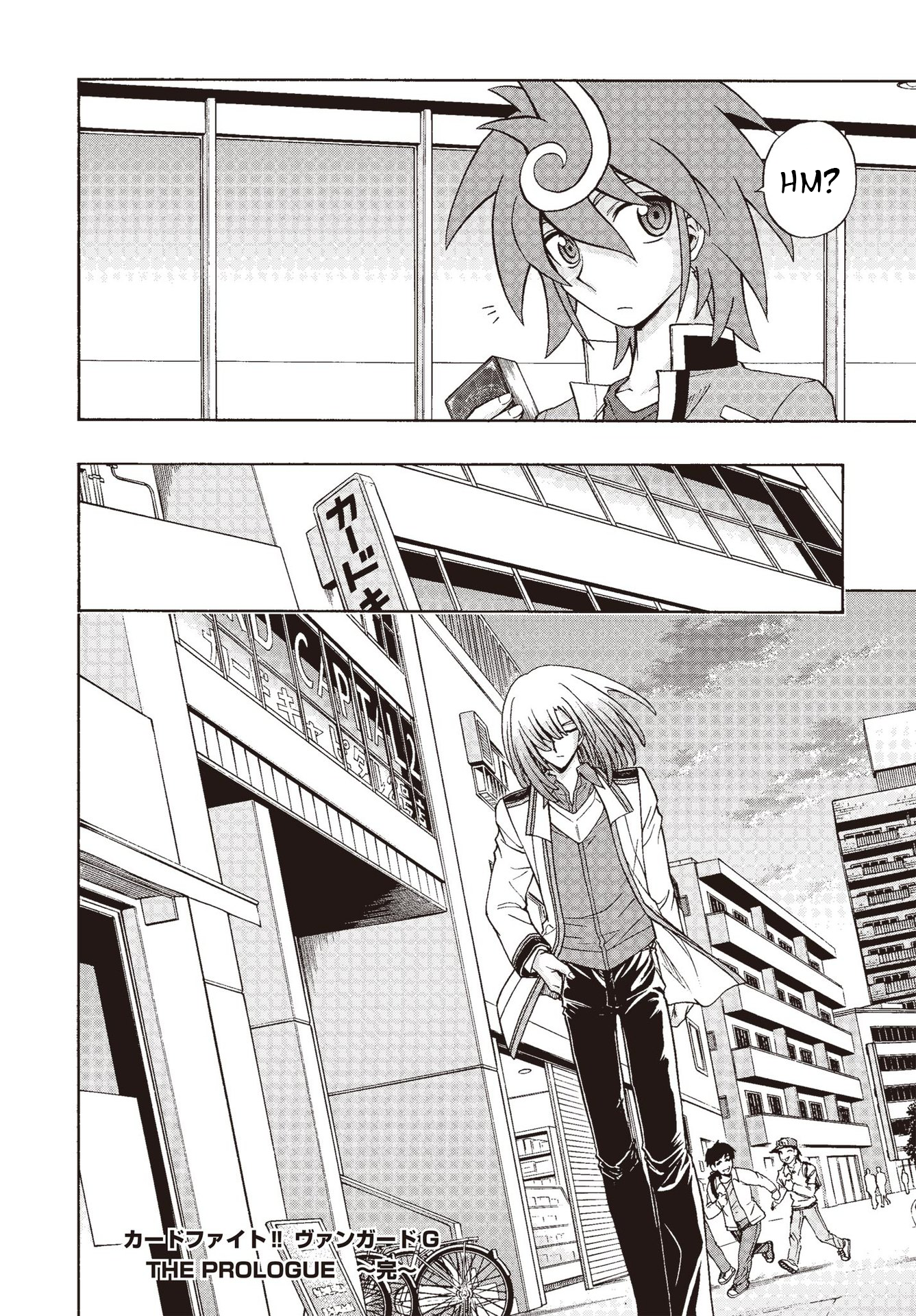