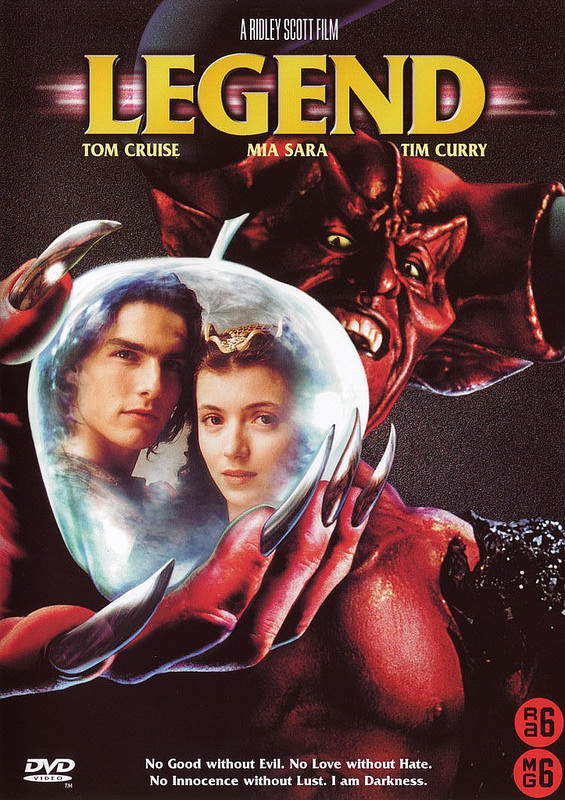 It’s time for an old Tom Cruise film. Unfortunately, this is easily his worst and you know that a film is going to be dicey when he isn’t at least an entertaining character. How do you get Tom Cruise wrong? This film is old so it couldn’t have taken notes from Jack Reacher or Mission Impossible, but even so….I don’t know what they were thinking. This is a fantasy film that takes the fun right out of itself and instead plays out like a very low budget drama. Stay away…stay far away!

The plot starts off with Lily going to see Jack. Jack is a wild man who lives among the trees and wilderness like Tarzan. He can talk as we see later in the film, but acts like he cannot. He has virtually 0 listening comprehension and just gazes on with his mouth open for the entirety of the film. He warns Lily that she should pet the Unicorns or bad things might happen. She laughs and pets them, not realizing that as she distracts them, the villains shoot one with a poison dart. The villains take away the Unicorn’s horn, which basically stops time and bring about a snowy end for them all. Jack must stop the incarnation of darkness now before it’s too late.

The story isn’t half bad, but the execution is absolutely terrible. Again, I can’t stress enough just how bad Jack was. He’s one of the worst main characters out there when we only count ones that technically should not be bad. It’s not as if he’s a bully, villain, flirt, or anything like that. It’s just that his Tarzan imitation is taken way too far and it didn’t add anything to the film. Whatever the writers were going for simply didn’t work. It made him very unlikable and he also lost all of his charisma. Considering that Jack is the main focus of the journey, this didn’t bode well for the film.

Lily was also not a likable character. Not only did she disobey Jack’s instructions intentionally, but she just didn’t seem to care. Tossing the ring into the ocean just to see if Jack could get it wasn’t her best move either. While Lily did good in freeing the Unicorn, any seen with her and Darkness was pretty painful. Her lack of will power was certainly exposed here and it didn’t do wonders for the villain’s credibility. He had a pretty nice shadow cloak I suppose. Darkness had a great design, but the actual character could not live up to it. Not only is he too infatuated with romance over actually taking over the world, but you never really get what his goals are. I suppose he just wants to make the world a dark place, but that’s not a goal that you can easily get behind. He’s just there to be the villain, but never does all that much more.

There are other side characters, but they’re all pretty bad. You’ve got Oona the fairy, but she’s pretty annoying. Her only big moment in the film is when she tries to use her illusion magic to get together with Jack, but this luckily failed and she just flew away. There were a bunch of trolls and elves as well, but they didn’t add much to the story. The problem is that this film wanted to be a fun little fantasy adventure that would get a cult following at some point and revisits for years, but this just didn’t happen.

The film hasn’t aged well at all and ends up feeling very dated. It looked old right from the start and I didn’t even have to wait to see the effect. The scenery just looks so bad and while the snow is always fun, the film felt more like an 80’s film than a 90’s one when is comes to effects. If only it could have had the 80’s strong writing and charisma. That would have definitely gone far to help this title out. There just isn’t all that much to say about the film when it comes to positives. There isn’t really anything that the film does right and it only doesn’t get a lower score because it didn’t do anything super wrong that would warrant such a verdict.

Unfortunately, time will only make this film appear to be worse and worse. Some titles only grow stronger as your nostalgia goggles form and your old experiences of watching the film cement it as a legend. Others have the reverse effect. I have a feeling that I’ll still dislike this film just as much in 5 years and maybe more so since I’ll have no positive associations with it. What the film needs to do in order to save itself is get a reboot. Maybe it can’t save the 80’s adaption, but a 2020 remake with updated graphics and a complete script overhaul could change things quite a lot. As I said earlier, it’s not so much the plot that is the problem here, but everything else.

Overall, Legend is one of those films that you can definitely live without. Seeing Tom Cruise in one of his younger roles may make you want to see this film so that you can see if he was always a great actor, but it’s not worth it. It’s better to just keep on wondering if maybe he had a bad film back in the day, than to watch it and dispel any doubt that you had. I doubt that anyone involved with this film ever looked back and decided that it was a great film. It’s just boring and with no likable characters, that’s just not going to end well. If you want a pretty solid film with a lot of adventure and action, check out Final Fantasy: Advent Children. That one’s the ticket!