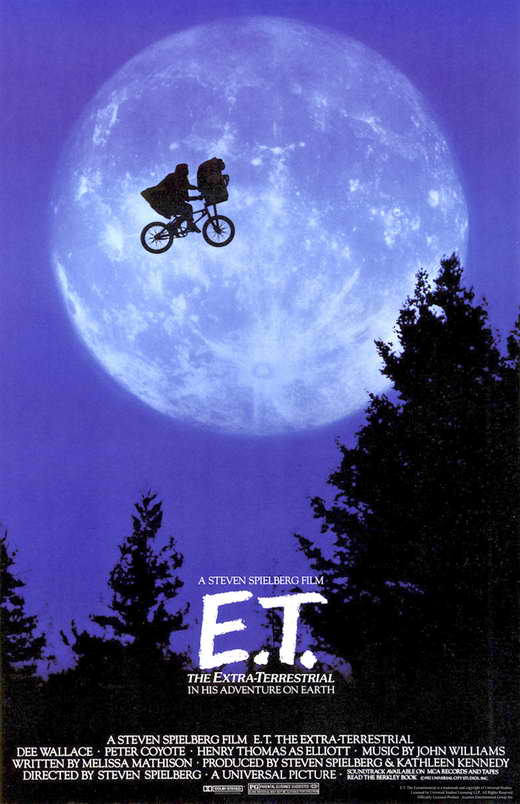 It’s time for one of those iconic films that is supposed to make you super emotional. If you don’t cry during the ending then your emotions might be broken. That was my general understanding on what this film is truly like, but unfortunately I didn’t cry at the end. Honestly, I never even felt remotely sad and the only emotion that I had at the time was disappointment. The film’s actually rather boring and there are no good characters. The soundtrack is the only real upside of the film.

It starts off with Elliott having a tough time at home. His brother is playing cards with a bunch of his friends and nobody wants Elliott to play with them. They send him off to go get a pizza instead, but then Elliott sees an alien run into the shed and promptly drops the pizza. Gee Elliott, if everyone was giving you a tough time before, it’s only going to get worse from here on out. Everyone blames Elliott and naturally nobody notices the alien. A lot of personal insults are thrown and the insults are pretty intense. I prefer milder insults so the film loses some props in the writing department for this. How can Elliott possibly bounce back from this? Hint: He can’t.

Long story short, the alien is called E.T. by the kid (Very original) and he just wants to go home. His family of other aliens ditched him to escape from the humans since it was a “Every man for himself” kind of moment. E.T. doesn’t take it personally at least since he is barely intelligent at first and only gradually learns how to communicate. You can’t help but feel bad for the guy since he doesn’t realize that the aliens aren’t the most noble of creatures. E.T.’s design isn’t one that I personally like, but I suppose it’s distinct. Whenever he stretches his neck I can’t help but feel like he is challenging the main characters.

As with most aliens he can be rather annoying. He makes a mess of Elliott’s room and steals food from the fridge. We even have a long scene where he gets drunk on beer. Hopefully that works as a nice PSA for other kids who are tempted to drink. Nobody wants to get drunk after all…hopefully. E.T. can use his TK abilities to fly, but he rarely does so. He spends most of the film getting scared and then losing to the government. He felt more like a liability than an asset to the main characters which you wouldn’t expect from an alien. I just never got around to sympathizing with him all that much.

Elliott is annoying as well though. He brings up the Mom’s ex husband for no reason other than to just get his revenge. Dropping the pizza was completely unnecessary and he pretends to be sick just to skip school. He also has no will power so E.T. is able to control him to make a move on one of his classmates. It was a rather terrible scene and maybe the worst one in the film. Nobody stopped Elliott and naturally they played it off like it was a happy event for both of them. I couldn’t buy into it at all. Elliott also gets a little too emotional at times and panics quite a lot. He’s not quite ready for an adventure like this.

I can’t say that I trust the government much either. One guy claims that E.T. came to him once, but I don’t believe him. They do try to keep him alive at the end, but likely to serve their own purposes. Why are they chasing the aliens? Perhaps there is no reason and chasing the aliens just seems like a good move, but they certainly are bad at their job. How could they lose him when they were so close at the beginning? Also, pointing shotguns at the kids is rather extreme.

On the positive side of things, the soundtrack was definitely really good. You can really hear a lot of Star Wars in it at all times which helped convey a sense of danger. The rest of the film didn’t really contribute, but at least the music tried. While the writing wasn’t particularly good, the music helps it get a little more bearable. Some reactions really were over the top though. The Mom panicking every time Mexico was mentioned or her quick laugh after Elliott’s insult before telling him off. The laugh was incredibly out of place. A lot of the film also just feels like filler as we have happy times with the alien. One positive of modern blockbusters that this film could have used was more explosions. Have there be an evil E.T. or something. Apparently the sequel would have had evil aliens so I have a feeling that this would have been a whole lot more exciting.

I’ll give the film some props in another scene. During the frog dissections I was worried that the film was really going to shoot itself in the foot. It did in a way during the random scene with Elliott’s classmate, but the frogs all got to escape. That was great. I personally do think that it’s very inhumane for schools to have kids murder frogs just to learn about anatomy. That’s what we have books for and realistically close to 0% of those kids are going to work in that field so the frogs are dying for nothing. Saving them was probably the most heroic point of Elliott’s life even if he didn’t do it willingly and E.T. was controlling him from afar. The dog that was in the film was also cool even if his role was rather small.

Overall, E.T. isn’t a very fun film. It has very bad pacing and nothing really happens until the government shows up near the very end. The film is over 2 hours I believe so it drags on immensely in the meantime. Also the annoying cast hurts. Lets put this into perspective, all of the main characters are kids. That’s bad news. I’m not a fan of kids being the main characters so when all of the main cast are kids, we’ve got a problem. The bullies turning over a new leaf didn’t count since they just wanted to defy authority. Elliott never became all that likable and I wasn’t sold on his brother either. The sister was quick to betray the others whenever she thought she could rat them out about E.T. so she was rather annoying as well. The film even messed up the ending as it should have been E.T. peddling away on his bicycle. Imagine the cool visual that would have been. It could have saved the film and made the whole thing more emotional. Anyway, I don’t think this film has aged well and I’d avoid it. If you want a better alien story, check out Man of Steel.

5 thoughts on “E.T. the Extra-Terrestrial Review” 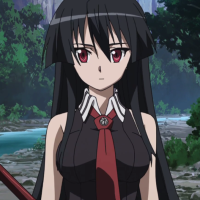 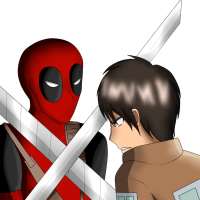 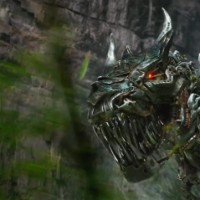 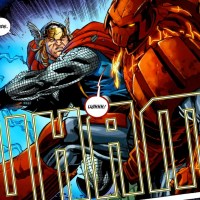 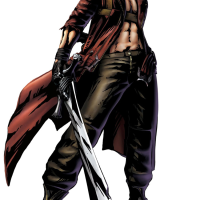