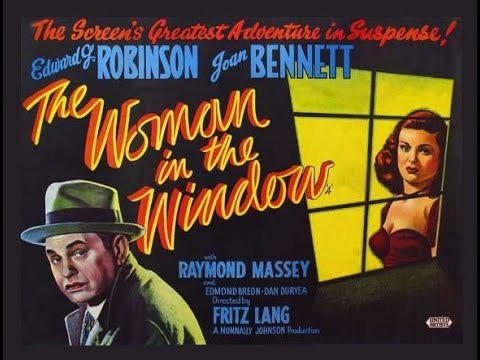 It’s time to look at an old school film that shows how one dangerous decision can put you on the path to ruin. I’ll give the credit for not making the main character be an obvious cheat who you can’t sympathize with as he stays classy for the most part. I would still argue that he knew how his decision was pretty iffy though by how many times he mentions that he really shouldn’t be here. At the very least he doesn’t actually do anything serious. It’s a fun movie overall even if you aren’t rooting for the lead.

The film starts off with Richard making small talk with two of his buddies. Richard is sad that he can’t be reckless anymore since he has gotten to be too old. His friends point out that this is true so Richard better not get any ideas. That’s when Richard notices a lady behind a portrait and she invites him to her place for drinks. It’s nearly midnight but Richard doesn’t care so they head upstairs. That’s when a guy runs in and attacks Richard. Richard quickly murders him and hides the body in a forest, but can he stay out of the papers? After all, his friend is a detective so this can get very messy.

While the film is played straight for the most part, I do think it had a little fun with Richard’s character during the early part. Richard is so oblivious to life that he keeps on tipping off the cops on how guilty he is. When the detective finds out that the culprit has a cut on his palm Richard quickly points out that he has an identical cut. I suppose being over the top like this could throw the cops off the trail…but it’s just such an unnecessary risk. Realistically nobody suspects him at all at this point so why put himself out there. There is literally nothing to trace him to the murder as far as he knows. Then he continually says things that he shouldn’t know and even walks over to the spot where the corpse was before the cops officially show him. He makes a ton of rookie mistakes. The film did say early on that he is usually scatterbrained but this is taking that to a bit of an extreme.

He also leaves his pen at the scene of the crime which the villain naturally gets his hands on. So, there was a bodyguard assigned to the victim and now he has decided to blackmail Richard and Alice. This is definitely the weakest aspect of the film as it wasn’t really needed and I would have preferred the tension to be that the cops are slowly zeroing in on the heroes. Instead this guy works well as the fall guy I guess, but naturally the plot turns into Alice having to use her charms to get him to lower his guard. That’s still one of the most tired film cliches out there and it makes the plot pretty bad. Still, the film doesn’t go too far with it which is good so it doesn’t hurt the movie all that much. At most it takes 1 star off. I’m also glad that Richard realized that paying the guy off wouldn’t solve anything since he would just return for another installment at some point. Calling his bluff would be best, but the guy would probably just end up murdering them.

Initially I figured that Alice intentionally set up the meeting with Richard and the other guy to bump him off, but the film never really goes in that angle. As far as I can tell it was just coincidence and the film doesn’t make Alice appear to be malicious. I do like the fact that she is also fairly smart though as she gets some extra insurance from Richard in case he ends up ditching her. That’s definitely the kind of thing you want to do in these films because you can’t trust anyone. She handled the situation much better than Richard in general as she got all of the hard jobs and didn’t panic the way that he did.

As I mentioned I wasn’t a big fan of Richard. He was a much better character than he could have been, but at the same time you still were never going to root for the guy. He also decided to take the easy way out at the end which is definitely never the right call. The ending can be seen as a bit of a cop out but you can also look at it in a more meta sense. It’s pretty clear that the film was not supposed to end the way that it did and since the movie is an indie you always look for the hidden meanings. You could make the case that the ending is actually the dream as he passes over to the next plain. It’s like the film has its direct ending and then the layered one that you can add on. Either way it doesn’t look good for the lead. I do appreciate that the ending gave the film a quick humor moment that actually worked though. In general I thought the film had a good balance of humor and mystery.

What the film could have improved on to be even better would have been to focus on the detective plot more. The scenes with the detective were some of the best in the film. I liked how Richard kept giving himself away and the detective would act as if he started to suspect something. His boss was also pretty solid in that regard with the constant banter. Seeing more of them would have been a lot of fun and that could have ended up being the main plot instead of the black mail guy. There will always be a lot of “Could have” moments in a film of course, but this would have been a pretty easy alteration with a good result. Maybe even throw in a court scene since those are always awesome.

Overall, The Woman in the Window was a solid film. The writing is on point and the cast is pretty good. The film is never too exaggerated and stays realistic without being dreary. You’re able to root for the cops without necessarily rooting against Richard because you can at least make the case that he was never going to cheat and he certainly didn’t expect things to go sideways the way that they did. I’d also say that he had to defend himself the way that he did because he definitely wouldn’t have lived through the night otherwise. As the film explains in the beginning, self defense is certainly way different from murder. This would definitely be the former. If you haven’t seen a good noir film yet then this is the one to watch. It’s not the best one out there or anything, but it’ll give you a good idea of what the genre is all about and holds up well for itself.