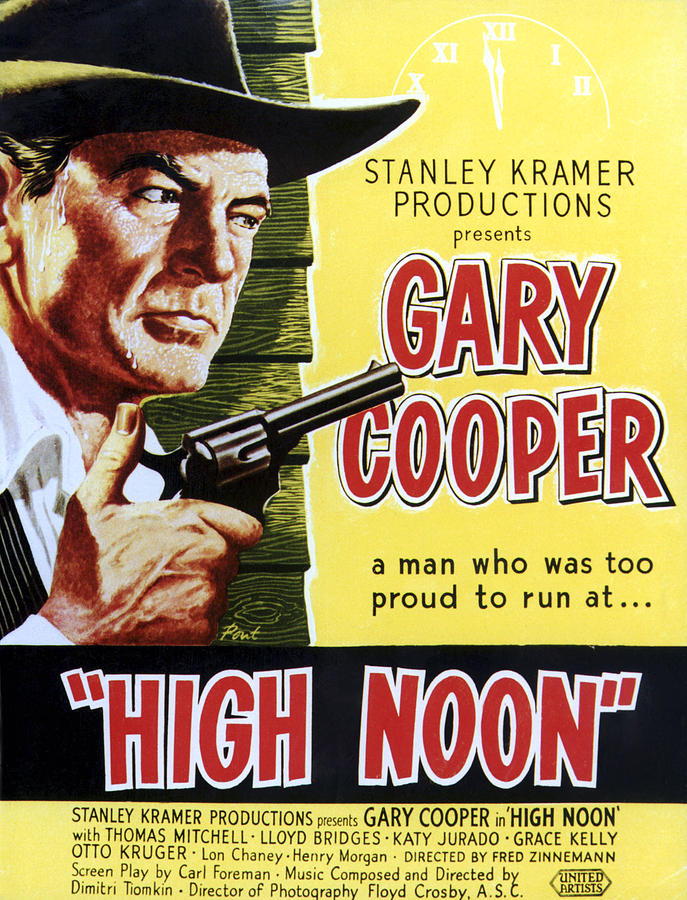 It’s time to look at an old Wild West film. This one shows us why it’s tough being a sheriff. They tend to take all the blame when a villain shows up and then nobody is ready to defend them once the criminals return. It’s a bit of a depressing film for most of its run, but the fight at the end is definitely solid. It’s also worth pointing out that the movie does a good job of not being too somber the whole time. It hits a good balance that makes the film an engaging watch even if perhaps one that does not have a great amount of replay value.

The film starts off with sheriff Will finally getting married to a lady named Amy. They are getting ready to leave this town once and for all to properly start the next chapter of their lives. As such Will has retired from his position but just as he is heading out we learn that a group of old criminals are returning. They are led by a man named Miller who was notoriously crooked. Everyone tells Will he should just leave. He’s done enough for the town already and someone else will be there by tomorrow to take over the reigns. It’s a tempting offer, but Will simply can’t do it. He decides to stay. This decision may cost him everything from his friends to his wife…and even his life. Was staying the right move?

Yes it was even if the town is filled with ingrates and terrible characters though and through. They’re all cowards and none of them would lift a finger to help Will. It’s definitely good to see where they stand I suppose. It’s how you can differentiate the “friends” from the real friends. By the end of the film we can see that there is no one Will can trust except for Amy. Even the ones who talk a good game ultimately back down when the odds are not stacked in their favor.

Through it all, this is why Will is a solid character. He’s there to help the town even when he ultimately knows that it would be easier to run away. While the various side characters try making the case that Miller wouldn’t actually harm the town if Will left, we know this isn’t actually true. Right from the start they’re introduced as very bad people who would definitely mess up the town regardless. If anything, their vendetta against Will ensures that he would at least serve as a temporary distraction. The people in the town just aren’t ready to accept this yet. Fortunately Will knows how to fight so he’s ready to get in on the action even if he is outnumbered.

Amy has a rough start in comparison. She doesn’t approve of Will staying in town and even uses their marriage to threaten him into leaving. It doesn’t work as he ultimately chooses duty over her. Fortunately with her bluff called out this does allow Amy to start learning more about Will. It’s a pretty small town so everyone knows a few things or two about him. It seems like she was kept in the dark about pretty much everything so she has to learn a lot in a pretty small amount of time. By the end of the film she makes a good decision and definitely helped the film as a whole. It was a good way to end the film.

Then you’ve got Harvey who used to be Will’s right hand man. He’s shown to be a very petty character who only cares about being Sheriff. He was willing to help Will, but not without getting something in return. I also get the feeling that he would duck out of there as soon as the going got tough. I certainly wouldn’t trust him to have my back. Throughout the film you get the feeling that he is about to have some kind of character arc, but then it never happens. It was a good way to subvert my expectations even if it didn’t help the character. He even forces a fight with Will even when the villains are already on the move. It’s definitely not the right time of place.

Then you’ve got Helen who has a prominent social position. She’s probably the wisest character in the film and knows when it’s time to leave before things get too tough. I do think she takes quite a few chances though and the same goes for Amy. They head for a train to leave right in front of the 3 main villains. They very easily could have died right there or been used as hostages. In general there are some odd choices here. I guess it is the Wild West so even when you’re scared of the villains you at least stick around to save face. I don’t know if this is exactly how it woks, but I guess that’s just how it is.

As for the villains, they’re more of a plot element than they are characters. Miller gets a lot of hype for example, but ultimately doesn’t do much of anything. He puts the fear into everyone, but once the actual fighting starts he seems pretty ordinary. Likewise his other minions go down pretty easily once the fighting starts. They do a good job of building up the tension though so they certainly do succeed in that aspect.

This film definitely had some very strong writing. The characters may not have been smart, but they were still written well. It’s supposed to be a film with many annoying characters at every corner and that’s what makes the film pretty solid. Naturally it would have been good if there was at least one person to help Will though. It would also make his 1 v 4 fight a little more believable. It’s just hard to win such a fight no matter how good a shot you are. The ending does address this though.

Overall, This was a pretty solid film. It’s definitely a Wild West title that I can recommend, especially since this time the horses managed to escape. I think that’s always the most dangerous aspect in any Wild West film so when the movie is able to avoid that it’s a good sign. If you are in the mood for a good Wild West title then I would definitely suggest checking this one out. It’ll remind you that being a Sheriff can be a thankless job but someone’s got to do it. I’m sure the new Sheriff won’t be quite prepared for how this town is when he shows up.