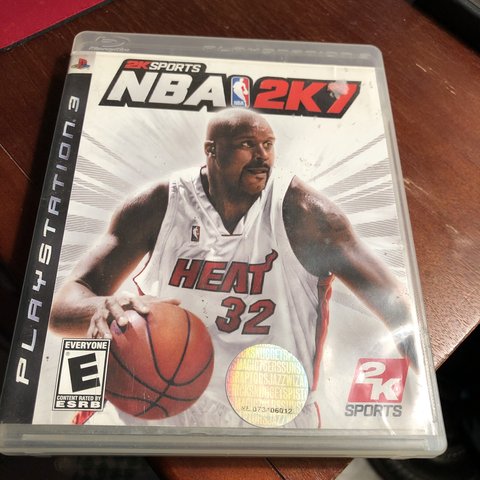 It’s time to look at one of the oldest 2K games out there. It’s certainly the oldest one that I’ve got. Right away you can see how retro the game is and it’s actually quite a lot of fun. It makes for a good change of pace and feels a lot more like the classic arcade style or NBA titles. Of course that doesn’t stop the computer from basically making every shot as expected. It really does feel like they are all stars while you’re playing as the normal joes.

Naturally I went into a quick match to gauge just how good of a fight I could put up. Turns out that I wasn’t quite ready for these guys. I kept it close for the first 3 quarters but eventually their slight lead got larger and ultimately it was a decisive loss for me. My guys would just miss easy shots and gradually that would cost me since the computer seems unable to miss unless they are going for a 3 point shot. The computer was even able to save for the ball many times to scoop up the rebound while my guys would hang back.

Still, I think they did a good job of adding a lot of cool animations and mechanics in this game. For one, being able to literally dive into the ground to grab the basketball is pretty cool. That’s not really something you see very often but in the 2 games I played I got to see it numerous times. Then you’ve got the “assists” where you’ll shoot the ball and another player will try to help by getting a hand on it and pushing the ball through the hoop. I remember seeing that quite a bit when I was watching the NBA Finals so that’s a nice touch.

In general the game is just a lot smoother than the newer ones. You can just run up and down the court without worrying about all of the extra mechanics. On the other hand, the gameplay is a lot more slippery as you lose the ball quite easily. I probably knocked the ball away 30 times, even if the computer was always quick to grab it back. Playing defense is more fun here than in later games so that’s definitely a plus. Defense will never be as fun as offense, but the closer you get the better.

In the second round I managed to keep it close for a bit, but then they started steamrolling me again. This time I wasn’t able to last til the third quarter, I’d say that after the first half it was already out of control. One thing about basketball is that it’s very hard to make a comeback. Once you see that the team has a considerable advantage in the score you start trying riskier techniques which makes the gap grow more and more. There are people who say that there is no sport more boring than Basketball when it turns into a blowout. That’s definitely a little exaggerated but I will admit that it isn’t nearly as fun once it is so one sided.

Of course the graphics are pretty solid as always. The screens are very clear and there is a lot of attention to detail here. The colors are pretty sharp and the character models are detailed enough where you can really see the resemblance to the real players. The soundtrack is less impressive though and basically just serves as background noise. Finally the presentation overall is definitely impressive. It feels looks like you’re watching a real game and simulates that pretty well.

In terms of replay value this game is basically limitless as always. You can have a good time for as long as you want since each game is different and doing a franchise will give you access to an incredible amount of matches. There are also other modes like practicing so you can improve your fundamentals. No online of course but if you’re buying a 2007 title that almost goes without saying. You’re likely just buying this game to see what it used to be like so you won’t be disappointed. The 2K series has come a long way. It may have traded in fun for realism, but at the end of the day only marginally so as I have enjoyed all of the 2K titles quite a lot.

Overall, NBA 2K7 is definitely a great game to check out. It’s got a lot of hype basketball action in it along with solid graphics and good fundamentals. It’s a game that has really withstood the test of time and ages incredibly well. It’s just as fun as it was when the game first came out and if anything you may enjoy it even more now after playing the newer titles. It’s quite different and reminds us that Basketball can always be presented in a new way.