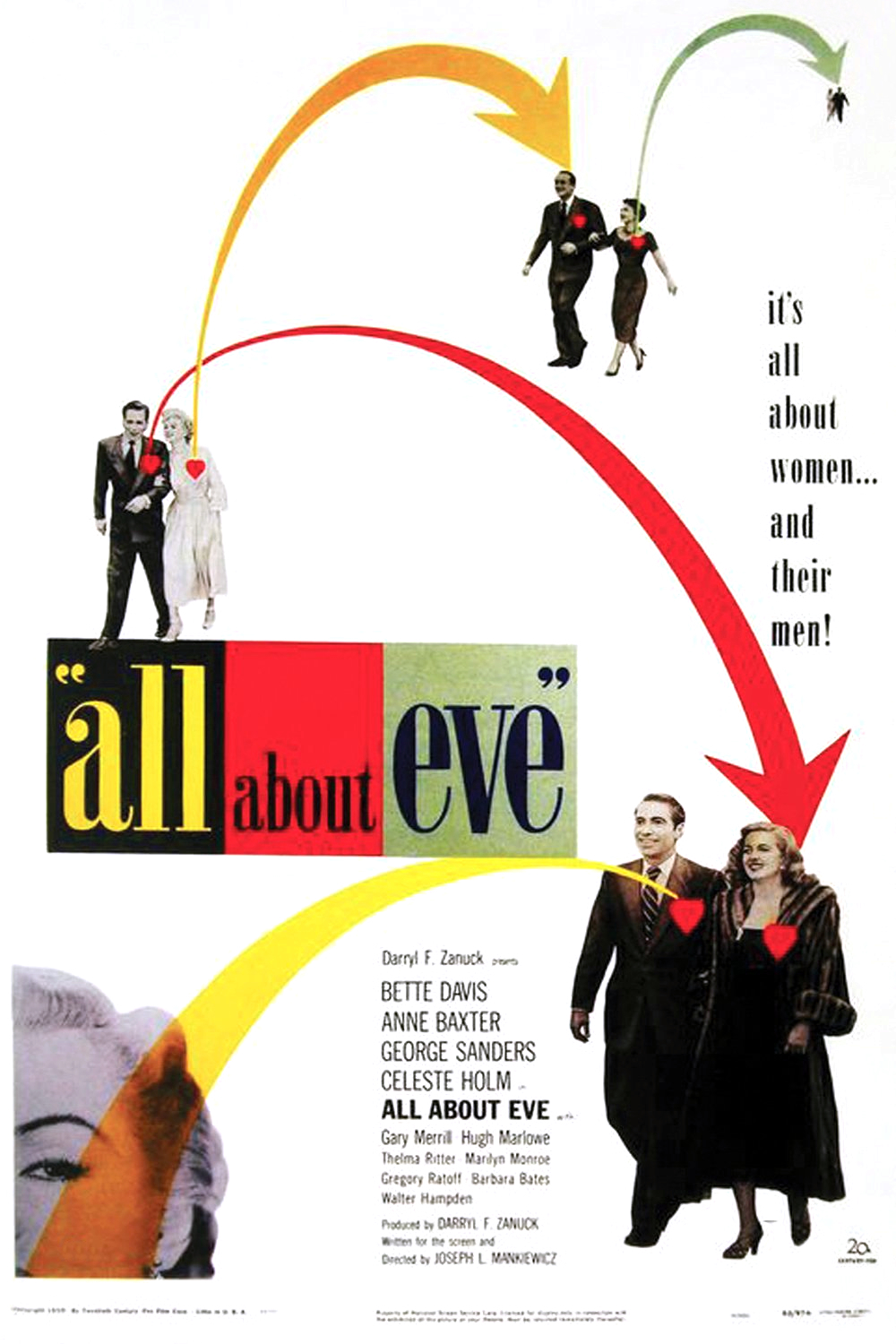 It’s time to look at an old film where Hollywood once again plays a major role. While it doesn’t actually appear as it did in A Star is Born, its mere presence is enough to shape many decisions in this title. It’s a story of betrayal and how you must always be careful not to let your guard down among outsiders. Anyone can put up a mask, you’ve got to either break through or just go about life imagining that everyone’s got it up. It’s very easy to keep your guard up while still being friendly. There’s no reason to throw in any deep dark secrets with a friend you’ve made, no matter how close. Only tell what you wouldn’t mind being told again in the future. That’s a lesson most of the characters in this film likely learned by the end.

The film starts off with Karen running into an obsessive fan outside. This fan has attended this Broadway show during every single one of its performances. Karen figures it’ll be nice to introduce this fan to the stars and invites her in. The fan’s name is Eve and she is thrilled to be meeting all of her icons. Eve quickly becomes Margo’s (Star of the show) attendant and seems to be loving the experience. However, while this initially appears to be innocent Eve slowly begins to start making moves without letting Margo know and may even have dreams of being the star herself. Will Margo be able to stay successful or is this the end for her?

I’d say that the movie does a good job of making Eve a fairly hard to read character. I dare say that if you did not know the plot of the film you could possibly be fooled for at least a good 30 minutes. Eve does seem genuine even if a bit over the top with the fake modesty. She always acts as if she isn’t ready even when she actually does think that she has something to offer. I suppose that definitely would qualify as a true red flag. Eve’s definitely a fun villain though. She does a good job of being pretty manipulative the whole time and playing everyone against each other. All told, her acting in-film is the real deal so at the very least you can’t say that she doesn’t have the talent for the position. Her whole plan wouldn’t have worked otherwise. She’s certainly underhanded, but somewhere along the way she actually did pick up some skills.

Then you’ve got Margo who is the actual main character here. She’s pretty sensitive about her age and it has gotten to the point where she is now very paranoid. Eve showing up doesn’t help matters and so she begins to have a lot of fights with Bill over the girl. Margo’s definitely a very dramatic lead, but one who has not yet cracked unlike the main guy from A Star is Born. At the very least while she is rather mean to some of her friends she never goes too far. I’m sure some definitely wouldn’t be her friend after her outbursts, but it does seem like most of the characters are used to it by this point. They’ve just grown used to Margo at this point, but as a result they don’t take her complaints against Eve very seriously. Margo’s fun, but she definitely could have had a much easier time of things if she had acted a little more professionally from the beginning. Then she could have really had the upper hand.

Karen’s a good friend even if she does make some mistakes along the way. I don’t think you can blame her for wanting to give Eve a shot to meet her idol, but I do think that she was probably a bit too quick to get Eve an inside track through the job and all. Of course everyone was trusted a lot more back in the day, but I still think it was a bit much to let this person into her house just like that. Everyone rolls with it so I suppose this was normal, but still tricky. Karen gets blackmailed at one point due to a particularly big mistake she made. Karen really dropped the ball there.

Meanwhile you have Bill who is portrayed as a pretty fair guy. He gives everyone a fair shake and as a result he does stick up for Eve quite a bit. At that point there is no reason for him not to do so though. Once he finds out the truth then he is in it with Margo for the long haul. The guy can be rather oblivious like when he gets home and spends 30 minutes talking to Eve rather than greeting Margo. That was definitely not his best moment, but at least he doesn’t even entertain the thought of betraying Margo.

Then you have Lloyd who is a little more gullible than Bill. He manages not to make the fatal mistake, but it’s extremely easy for Eve to manipulate him the entire time. You’d think that since he is a writer he would be careful not to fall for the classic traps. Ah well, he’s still a good character. There were times when it was hard not to mix him up with Bill though since the two look so similar. That was one thing I had to be careful about the whole time.

Finally you’ve also got Addison who is another powerful figure in the film. This guy is used to being the one in control so you can bet that he isn’t getting suckered by Eve like the others. He’s at least able to hold his own and gets a particularly big role in the end. The guy was definitely underestimated quite a bit. There’s also a very minor supporting character who shows up for a scene or two. She doesn’t get much to do, but is definitely a fun character. She’s straight forward compared to the others and doesn’t care about the drama. She just wants her drinks and shoots straight for the top. Her plot never gets any closure, but I don’t think it was ever supposed to have any.

As for the ending of the film, I have a hard time buying into what it seems to be selling. The movie is going for a full circle kind of ending as Eve is about to face the quick wrath of karma. I just don’t see her making the same mistakes as Margo because her character is already a lot more cynical. Eve invented the betrayal tactics so I really don’t think anyone will get to turn around and use them on her. Her last scene feels out of character if this is the implication but if you take it as her deciding to take advantage of another character then it fits in quite well.

Another aspect of the film that is pretty solid is the low key humor. This is a drama with a lot of characters who are being portrayed as dramatic so this leads to a lot of fun metaphors and back and forth conversations between the characters. At one point during a debate Bill just goes to bed to sleep for a while during the argument that the others have. All of the characters here can give as well as they take so the scenes never feel one sided. The only character who always shrinks away is Eve and of course that may not be what it seems.

Overall, this is a pretty fun film. It’s a solid drama with a lot of twists and turns. Margo really steals the show with how theatrical her character is. It really makes all the difference with how much it adds to the experience. Most of the difficulties she experiences in this film she can take at least half of the blame for even if someone was ultimately plotting her downfall in the background. You definitely need to have a fun lead/solid villain to make the drama all the better and this film really nails it. I’d definitely recommend checking it out and seeing what you think. The ending certainly gives you a lot of room to think up your own aftermath.

1 thought on “All About Eve Review”