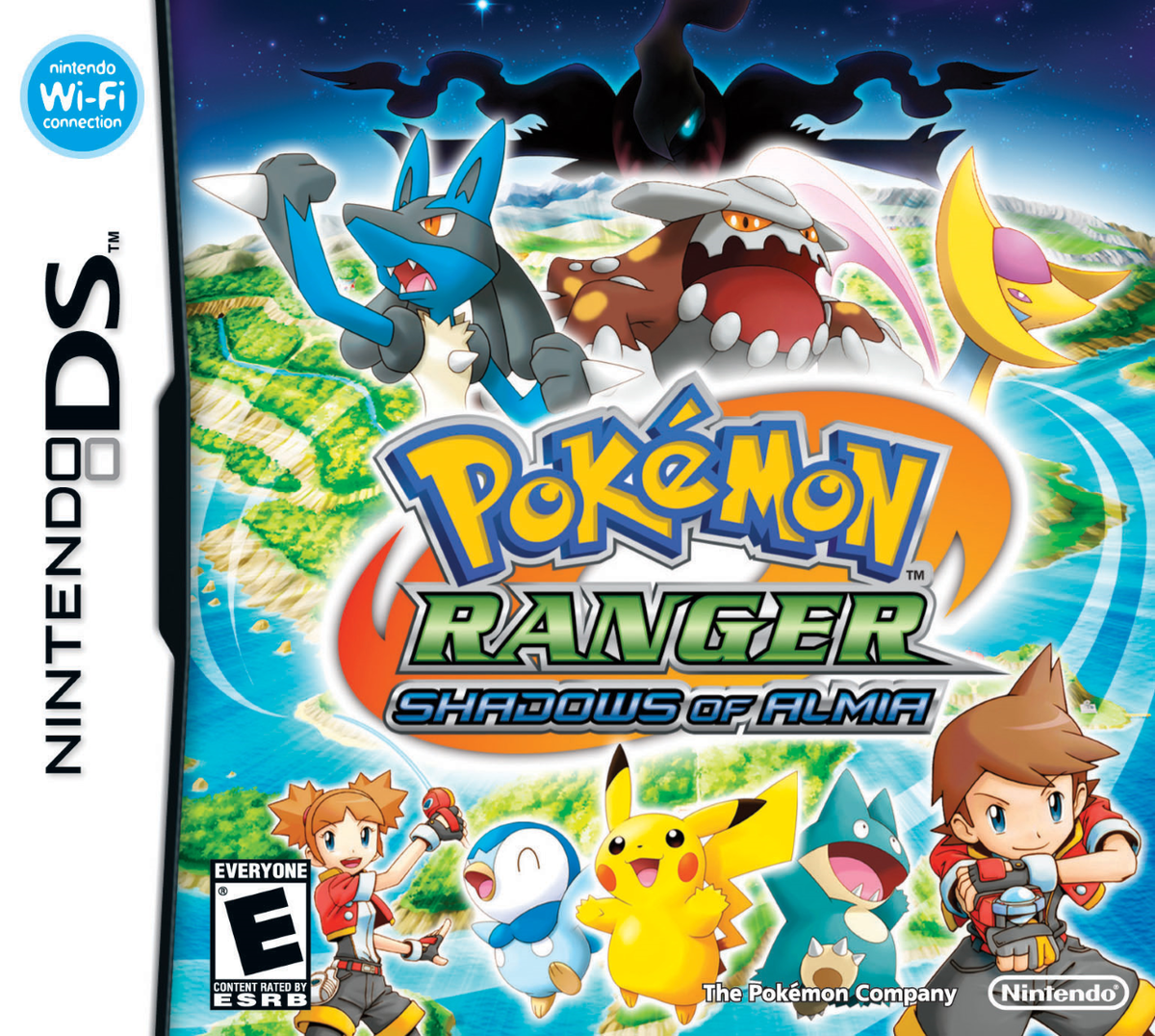 It’s been many years since I played the original Pokémon Ranger so it’s nice to finally be checking out the sequel. Shadows of Almia takes you through the full experience of being a ranger and does a great job of giving you a lot of content. It’s a very solid all around game with no real weak points. The level up system is solid and it delivers on everything it sets out to do.

The plot follows a kid who is in ranger school and learning to be one. As time goes by he actually does join the rangers and quickly begins to rise up the ranks. However, it isn’t all fun and games as a villain organization known as Dim Sun shows up and begins mind controlling Pokémon. The ranger must now find a way to save the Pokémon and stop this villain group once and for all. He doesn’t have enough power on his own but if the lead can capture enough Pokémon for temporary duties then he has a shot.

Right away I can say that the gameplay plays a big role in why this game is so much fun. It revolves around making circles around the Pokémon to weaken it until you eventually have trapped it which counts as a catch. You only keep the Pokémon until you’ve used it once so be sure to wait for the right opportunity. You can then use that Pokemon to help you catch others down the road. You can’t stockpile a whole lot of Pokémon so it’s best to be using the abilities here and there. Usually if you see a big Pokémon it is there for a good reason like an obstacle or something so keep an eye out for that and don’t use the Pokémon too soon.

It’s a very quick paced gameplay and one that feels like it has a lot of rewards. You get level ups pretty quickly and it does give you a noticeable boost in power. As a result you can really feel yourself getting stronger as you progress through the game which is great. Personally I think level ups should always matter so it should never feel like you are basically the same. Running around the large hub world is never tedious because you learn how to fly later on and the first half isn’t so large that it would take forever. The directions are always clear and there are no forced encounters so that’s a recipe for a leisurely time.

As for which Pokemon abilities you will want to use, I recommend the thunder shock the most. Hopefully you chose Pachirisu when the game first starts as his ability is the best if you ask me. The opponent is frozen for 2 seconds so you get to spin a lot of loops around the Pokemon. You’re gonna need to go very quickly to pull this off, but the more you play the game the easier that’ll be. It can be tough when a Pokemon goes to the edge of the screen, but you’ll always find a way. You don’t even really need the abilities as the upgrades to your base pointer are good enough, but the abilities definitely make things easier. You can also skip Pokemon encounters, but I don’t recommend doing this since the EXP is very important and you’re gonna want it down the stretch.

As far as the graphics go it all looks pretty solid to me. The sprites hold up well and I do like the victory pose that the lead uses whenever he takes a win. The soundtrack is also pretty solid although it does feel very limited. For example you are going to hear the Dim Sun theme more times than you can count. Fortunately it is catchy so that works out. I’d say that the best theme in the game is the boss theme. It gives those fights a good level of importance.

The story’s definitely a lot of fun and one of the villains here definitely ranks as a top tier character even among the main games. His name is Ice and he is one of the big members of Dim Sun. This guy’s actually very intelligent and is able to keep up with the main genius in the game. He’s got a cool personality and always hits the dab. For a while all of the members were your standard grunts so when the 3 big villains were introduced I was pretty thrilled. They come into the game fairly late, but leave an impression. In general the game turns the story up a few notches towards the end as the villains invade your base and a lot of chaos ensues.

The heroes are also fun, but definitely less useful. Typically it’s up to you to save them time and time again. While the others are supposed to be your equals that rarely feels like it’s the case. The lead is just really good at being a ranger and the others inevitably become second fiddle in comparison. There’s no shame in that though and the important thing is that they can keep up at least a little. Sven is one of the pros here and that guy holds his own. He certainly does better than Keith who takes a whole lot of Ls throughout the game. Then you’ve got the scientist but he’s suckered pretty easily so he didn’t quite rank. At least he didn’t go into full traitor mode unlike a certain other character. Granted, that character was evil from the start so maybe calling him a traitor is uncalled for.

In terms of replay value there is quite a lot here. The main story took me around 15 hours and that’s considering that I didn’t really do any of the side quests. If I had then you could jump that number up quite a bit since there are many extra quests. You get a lot of bang for your buck with this installment that’s for sure. I can’t stress the enough the importance of having a good hub world. I’m not talking purely about size of location, a good hub world means your character should move quickly enough so you can get through it. There should be minimal distractions and the exits should be clearly labeled so you don’t have to use much memory on it. Pokemon Ranger does a solid job of everything above.

Overall, Shadows of Almia is a great game and one that I highly recommend checking out. It continues to do justice to the Pokémon brand as even the spinoffs tend to be quite well rounded. The length is pretty good and the plot/gameplay are enjoyable. As I mentioned there really aren’t any negatives to be found here so as soon as you see this game in stores you’re gonna want to snag it. Now I look forward to getting the final game on the Ranger series at some point.