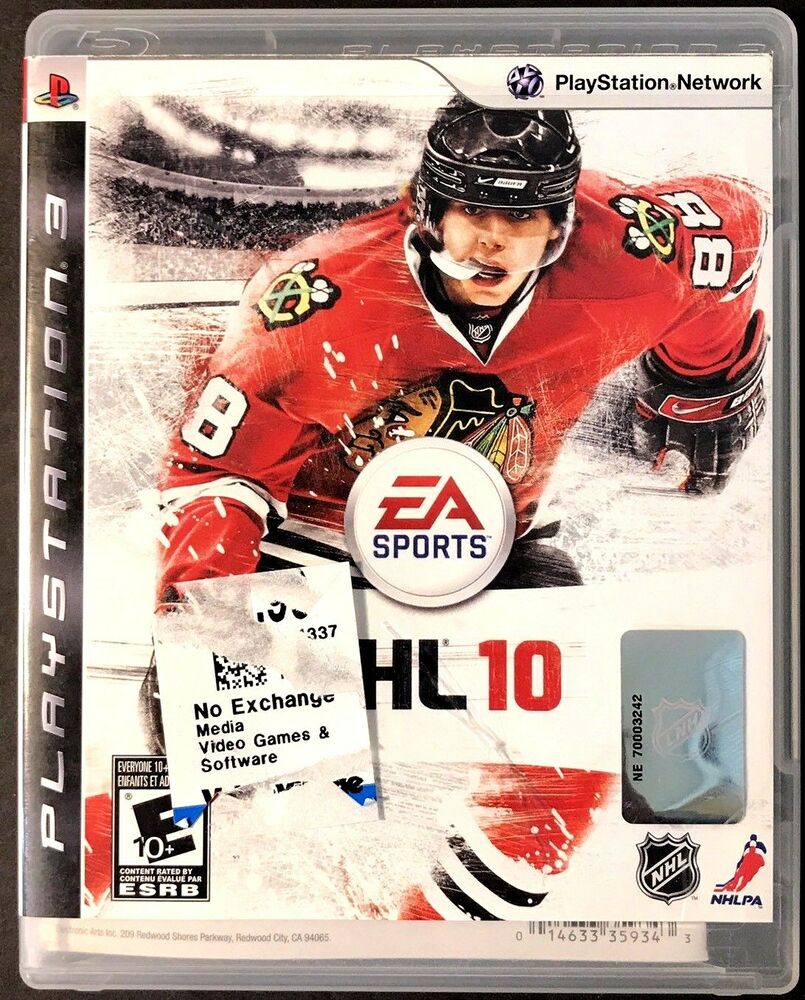 It’s time to take a look at the next NHL game in my marathon. This one’s pretty similar to the last few as always, but I dare say that it is even more similar than usual. You really wouldn’t know that you were playing a different game to be honest as it’s all basically identical. Still, it’s just as fun as the others were so that really works out quite well. I’ll definitely be continuing on into the later years soon.

So this one had a tutorial to start things off which is always a good idea. I quickly worked on my shooting and passing as I got ready to scrimmage against the real teams. I have to admit though that it didn’t really help all that much. The actual games still turned out just as you would expect as the team would just block all of my shots and parry them like they weren’t even there. I did manage to score 1 goal which was good, but it took forever and by that point I was already down by around 5 goals.

That’s one big change compared to the other games though as the defense just feels a little trickier. Usually I can hold them down to 0 goals or just 1-2. This time they actually scored 6 different goals so for some reason my goalie was just slacking. Maybe I wasn’t applying as much pressure or something, but I was still surprised. I would have hoped that it would also mean my offense would be improved as well, but I had no such luck with that one. Ah well, maybe I’ll be able to score the win next time.

I did get to indulge in the fighting mechanics a little more this time though. The tutorial actually included the boxing inside of it so I was able to land a few good hits and down the opponent. I think I won 5 out of the 8 fights. Towards the end I was really getting the hang of it which was definitely handy. It’s also just a lot of fun to see the players square up and just start slugging each other. You could tell that these guys meant business.

As for the graphics, they’re just as sharp as ever. The field looks good and the character models are on point. It may not be much different from the last game, but it all already looked pretty good so it’s not as if they aged any worse. It’s still a solid presentation and one that I believe will still hold up well 10 years from now. The NHL games do a superb job of really making you feel like you’re in the action.

As always there is a lot of replay value here as well. It’s to the point where I sometimes feel like my reviews are repeating themselves, but I suppose that is inevitable to an extent since the games themselves are so similar. At the end of the day whether you like the game or not will really depend on how much you enjoy playing Hockey. You won’t necessarily love the game just because you love watching the sport since the gameplay is a big deal. However, I would say that it helps and if you like the gameplay then you’re really set. Just get ready to go in there and play a bunch of games as you rise up the ranks and take names.

For my gameplay tips section, I’d recommend slamming the opponent whenever possible. You won’t have to worry about getting the penalties for tripping this way and they rarely care if you body slam the players. I only got in trouble a few times for picking fights which may also be why my goalie was overwhelmed since my team had less players on the field for most of the game. It was worth it of course, but if you don’t want to attract any penalties then you probably shouldn’t do the fights. The penalties aren’t too serious so as long as your skills are on the level you should be fine.

Lately I haven’t been getting too many trophies for these sport games so I was happy that I actually managed to snag 2 during my playthrough. I don’t even know why I got those trophies so don’t ask me that, but the important thing is that I was doing something right. It’s like I lost the match, but I ended up winning the war so I certainly can’t be sad about that. One day when I inevitably go back to improve my trophy% for each of these games this will probably be a high pick since most sport games likely have some easy trophies even if the platinum is incredibly difficult.

Overall, NHL 10 is definitely another solid installment in the series. Hockey still isn’t my favorite sport, but the gameplay is fun enough. You’ll have a good time regardless and the game is smooth with no real glitches that I could think of. You can reasonably be playing this for many hours as long as you like the game and there are enough various ways to play to keep you entertained throughout. Since the game is only around 2-3 dollars it’s not like it’ll set you back all that much either.