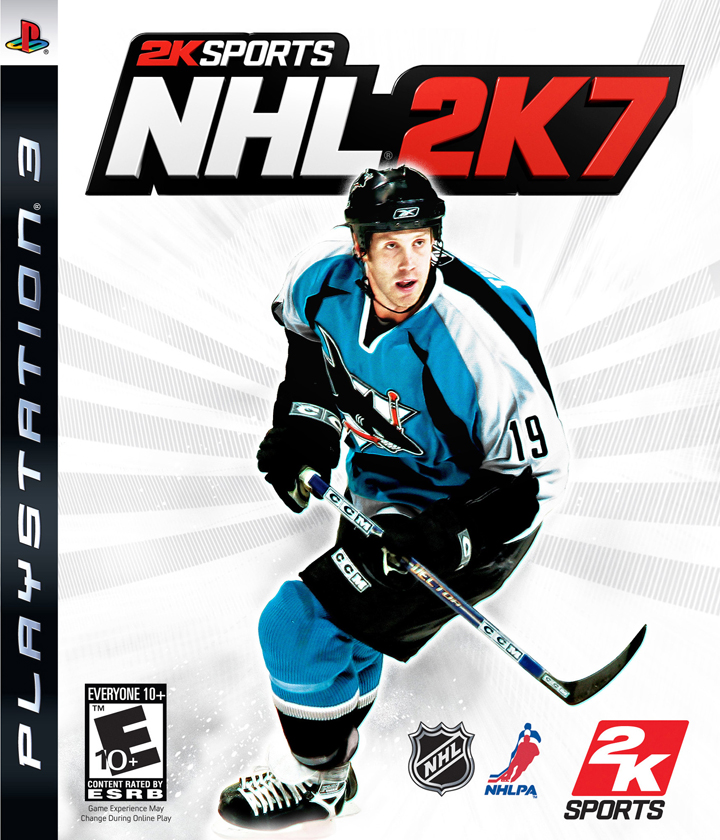 It’s been quite a while but now I am finally diving back into the world of Hockey. 2K7 is be one of the older hockey games, at least from the ones I’ve played. It has a very nostalgic feel to it and that really helps the game excel. This is a contender for my favorite hockey game and that’s not just because I finally won for a change. I think taking such a long break helped my hockey fundamentals.

Right away I dove into a match and got ready to see what the other team would do. The controls are very simple here which is nice as I don’t need to worry about a bunch of different options. You pass, shoot, and steal the puck. I’m sure there are more controls but those are the ones I really used to claim victory. I kept up a very aggressive offensive and it ended up paying off big time. Defense still isn’t an issue just because it is already so hard for anyone to get a goal in. You still do want to keep the pressure up so they don’t start getting fancy but as long as you do that you should be okay. Aside from that one hockey game there are basically never any shootouts.

As for offense I would play the game almost like Basketball and have one player take over the game. I’d drive up to the net and then quickly pass to someone near by and instantly take the shot. It wouldn’t always work but I fell like this gives you the best shot. I think one of my shots was without a pass but I managed to get the goalie in a bad spot which was very fortunate. I won the game 3-1 which felt pretty impressive. I gotta admit though, I did get nervous during the second quarter because initially I was winning 2-0 and then they suddenly scored. I’ve had quite a few matches were the computer suddenly got on a roll and started scoring so I definitely couldn’t let that happen. Fortunately there were no miracle comebacks this time. I got to close out the victory and saw the fun little celebration at the end. As always the presentation in the game is quite good. You get to see all of the characters celebrating after each score and then a bunch of them at the end. It really does help make the whole experience tie together a lot better.

I got into one fight during the match but my opponent was dominating me. To prevent myself from actually taking a loss I just took off and ran at that point. That’s a pretty fun mechanic that I’m surprised isn’t really around in the newer games. Being able to beat a hasty retreat was pretty fun even if I would have preferred securing the win. The guy’s punches were just so fast and unrelenting though. I was basically unable to do anything at that point which was crazy.

The graphics are pretty good and the colors stand out. It’s got that retro feeling that I mentioned a while back which is nice. I didn’t notice any music this time but in a sport game that isn’t too important since you’re focused on the sounds and the commentators. I can’t deny that having some solid tunes in true background would be a good idea though. They certainly don’t hurt.

As far as the replay value goes there is definitely a lot to do here. You can play some bonus modes and you can start a season. There are a ton of teams so trying them all will probably take some time as well. The game is pretty old so you won’t have the option of doing online but there are a ton of offline things to do at least. The game is only a dollar or two to buy as well so there is that.

Overall, 2K7 is a very good game. It brings you the full hockey experience and does it all very well. There is nothing lacking here and so long as you enjoy hockey you are basically guaranteed to have a good time. I don’t think I have any more hockey games or one at the most so soon it’s gonna be time to look at a different sport. Hockey had a good run and now when I buy my next hockey game someday I’ll be prepared for it.