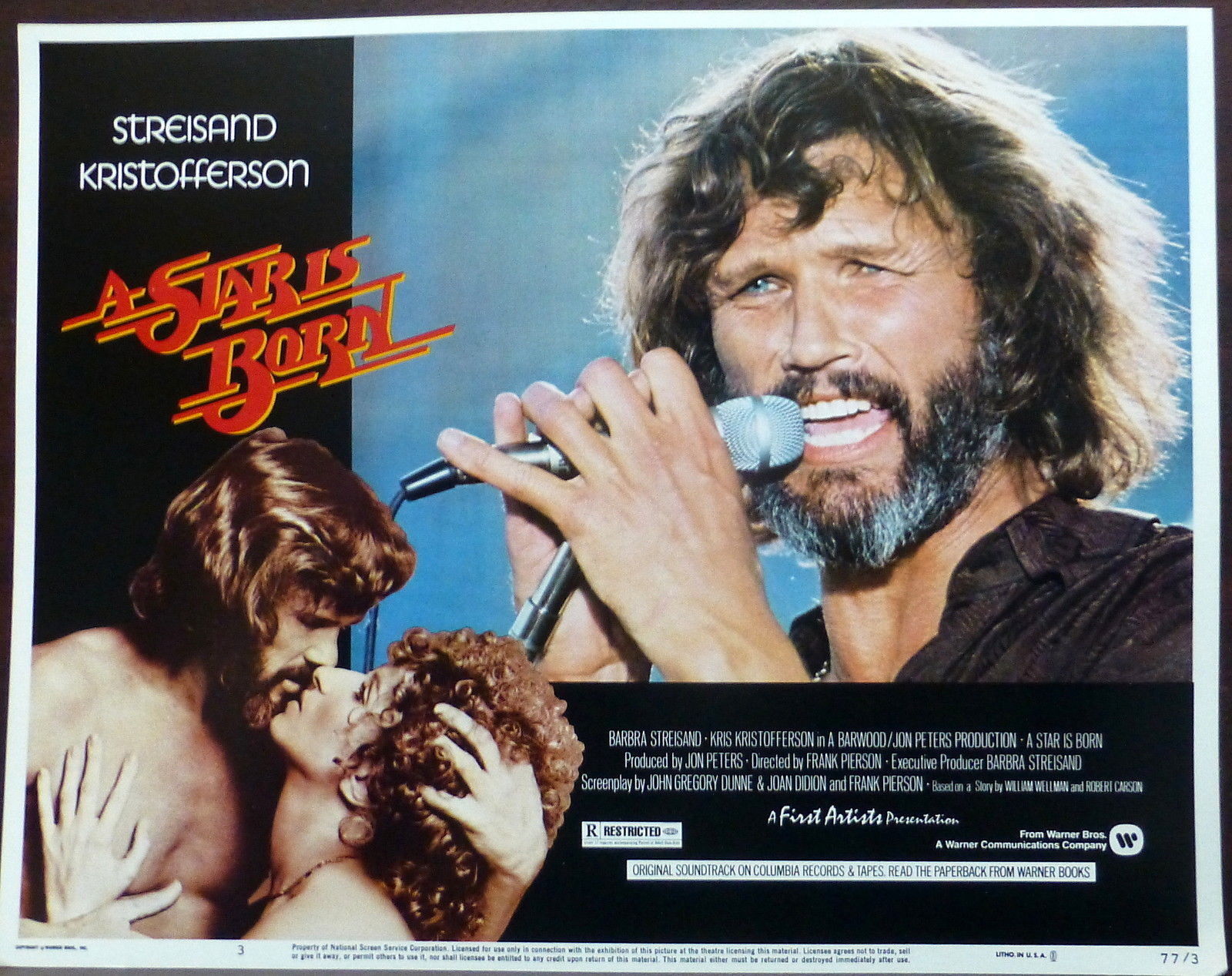 It’s time to look at another take on the A Star is Born story. Unfortunately this is the weakest one and it’s not even close. This version tries to take things on a darker path with the characters not being nearly as good as in the old ones. There’s not a whole lot of fun to be had here and the movie relies on edge over substance. Sometimes you just shouldn’t remake a film over and over because you’re going to be tempted to change things. Well, this one definitely changed things all right, but they didn’t do it for the better.

The film starts off with a bunch of guys waiting for the main singer to arrive so they can start the concert off. Unfortunately he appears to be late as always and is holding everything up. He eventually shows up, but is drunk out of his mind as usual and messes things up. He decides to go to a club at night instead of practicing for the gig the next day and meets up with Esther. He convinces her to come along with him to the next show and eventually she starts to get some gigs of her own. Before he knows it more people want to hear Esther sing than him. As John’s career continues to slip hers continues to rise and he doesn’t take it well. Can John clean up his act long enough to be a reasonable character or will he just keep on sinking?

One of the main differences here compared to the other versions is that John actually was still pretty popular at the beginning of the film. In the others John had already started to be on the decline. I’d also argue that this version of him was more irresponsible than the others. John is already doing drugs in his first scene and spends over half of his screen time drunk. It’s really hard to come back from something like that and you can’t blame anyone but himself for his falling out of the limelight. Every scene John is in is pretty annoying especially because he never even tries to improve himself. The guy is given tons of opportunities to do just that until those chances are finally exhausted. He even had more of a solid network of friends compared to previous versions of the character and he still blew it. I couldn’t deal with him after that.

That’s not even taking into account that he randomly cheats on her near the end of the film. This really felt like the writers were trying to make the guy as unlikable as possible and that wasn’t needed with how bad he was. The whole scene was just very mean spirited and I feel like there should have been no coming back for him from there.

As for Esther, she’s a reasonable lead although not quite as nice as the first two. Part of why her character isn’t as good is how quick she is to get together with John when they don’t even know each other. If anything you’d think that he would have made a bad impression on her since his first appearance is wrecking her show and getting into a drunk fight with some random guy. He also very quickly tried to get into her house. She seems to dismiss this as just being quirky and then they get together, but the whole romance plot made no sense. The romance happens very quickly and without any build up. At least the older films tried in this area.

Esther tries to handle the situation as best she can so she doesn’t do a bad job there. If she was dealing with a reasonable man then I dare say that she would have been quite successful. Unfortunately John is anything but reasonable. If he could have tried to work with her at all then this all could have been avoided, but at this point I’m just re-hashing the same point. John’s terrible, we get it. Lets move on. Esther does her best to get through all of this to the point where she is too forgiving and takes away from her strength as a lead. If anything her manager/John’s old manager is a more balanced character as he isn’t afraid to call John out each time and doesn’t reward his bad behavior.

Unfortunately the writing is also pretty bad here which doesn’t help matters. There’s a ton of language since John’s pretty vulgar most of the time. The characters aren’t written in a way where you can root for them. Some of the songs aren’t bad, but overall they’re weaker than the older versions as well. You can really see why John fell out of favor here even aside from the off the stage issues because his songs aren’t that interesting. Esther easily had the best tunes here and comparing their songs were like night and day.

Overall, A Star Is Born is a story that has had some good adaptions, but this is not one of them. I’d recommend staying far away from this film as it’ll just wind up being a big disappointment if you liked the older ones. This film focuses too much on making the characters unlikable and not enough on actually telling a good story. Even the “little” things like everyone doing drugs sets the characters back quite a bit. It’s certainly trying for a gritty look at the story, but that combination doesn’t work. It’s a lot harder to try and forgive John when he is unlikable and gritty. I’d say that the film had potential but it didn’t even start off on a good note so that idea dried up pretty quick. Definitely just stick to watching the original adaptions instead, you’ll be glad that you did.