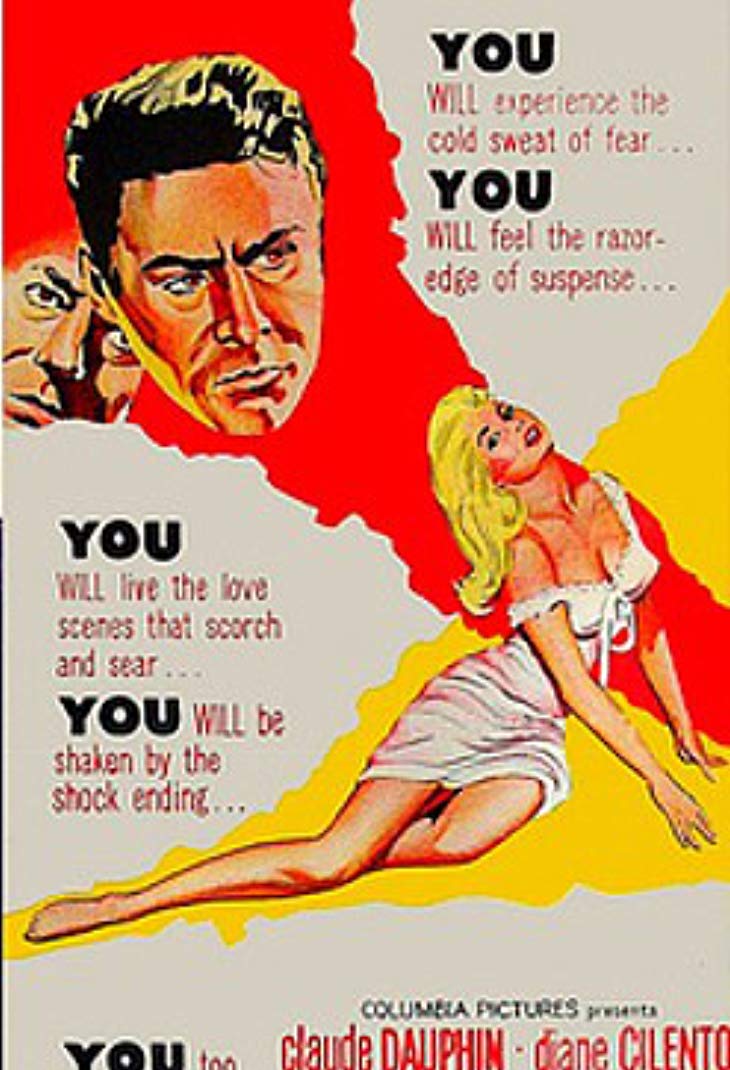 It’s time to look at a mental thriller where one character fights with his sanity. These films are always going to be a little tricky because the whole thing would be over if the main character wouldn’t fall into all of the traps. This one’s a thriller that goes back and forth a little too long by the end which ends up slowing down the tempo, but will try to throw a few twists your way. The ending will be a bit more annoying than anything, but all’s well that ends well right?

The movie starts off by introducing us to Alan and his wife Denise. They were recently married but have had a rough start to their new life because Alan was in a big crash where someone died. He’s now been mentally shaken to the point where he keeps nearly murdering Denise before stopping himself in time. Denise grows increasingly worried about him, but then meets up with a doctor named Prade. Prade claims he can cure Alan if Denise can convince him to come in for treatments. These treatments are about telling Alan to murder Denise. Can the main character spot a phony a mile away or will he go through with these treatments and potentially wreck his life further?

The characters are all pretty annoying here. The most reasonable one is definitely Denise though. She’s quite patient with Alan and really does her best to help him get well. She is constantly supportive of him and always brushes off his various episodes. Denise tries to help him out herself and when that doesn’t work tries to find professionals to do it. Her heart is always in the right place and she is quite loyal so at least she doesn’t fall into any traps there. The only problem here is that she is too trusting to the point of being overly naive. It was pretty obvious from early on that Prade had a thing for her and she seemed to notice it initially. The guy isn’t exactly being subtle about it. Despite this she continues to trust him and listens to everything he says. While she never falters or comes close to betraying Alan, she keeps putting herself in a position where that could happen. Even Prade’s mother keeps talking about how she hopes things will change and Denise seems to disregard this as flattery. You should never stay in a place where you may make the wrong choice, keeping your distance is the only smart move.

All that being said though, as I mentioned Denise is still the best character. She’s doing whatever she can to help Alan and he isn’t really helping much at all. Denise is one of the best heroines I’ve seen in a long while. Quite possibly top 3 in non action films. Most of the blame here has to go with Alan for also being way too gullible. When he goes in for the treatments he should have immediately realized something was up. There’s no benefit in going through a hypothetical where he actually does murder Denise. No matter how Prade tries to put it that’s just not going to do any good and Alan should have known that. He has a few clever scenes like when he tricks Prade into admitting that he had a meeting with Denise. He needed more of that in the moments where it counted. He doubts himself a lot in part because of his low confidence. In the early stages of the film he is particularly rocky as everything seems to set him off and he attacks Denise more than once. I would have liked to have seen him show a little more will power during these moments.

Alan’s definitely not my kind of character. It’s always a shame to see such a nice character like Denise having to go through all of this. There’s really a big contrast between the two and I can put it simply. Denise is always quick to believe the best of Alan, that he is a good person going through recovery. She always sticks up for him and defends him because she’s a glass half full kind of girl. Then you have Alan who always believes the worst about Denise. He’s quick to accuse her of cheating on him over and over again despite being proven wrong each time. You can’t have a proper relationship without trust and he just doesn’t trust her at all. Time and time again he never has her back and that’s the real disappointing part of his character. It’s even worse than his various episodes because at least those are related to the accident. Not being able to trust her is something else entirely, although I do still blame him for his various moments against her. It’s fine to explode at the randoms, but at Denise? No that’s not going to fly.

Finally we have Prade who is the other character who is pretty obvious from the start. The guy’s just bad news. The instant he meets Denise he tries to buy her a drink which she wisely refuses. He also has a bad habit of spying on her from afar. (Again, Denise is a bit too trusting though as she goes swimming without anything on. This is a public beach at a crowded resort…….so that’s just not a good idea) Every scene with Prade is pretty bad but then it all gets even worse when he ends up murdering his cat. Did the film really have to throw in some animal violence here? It’s off screen but the fact that it’s so unnecessary is what makes it hurt the most. The film was soooooo close to making it out of this without such a scene.

Overall, Stop Me Before I Kill is definitely a flashy title. You aren’t likely to forget it anytime soon. The film is also pretty memorable but too much of it is way too convenient. Things have to work out perfectly for Prade to get anywhere in his plot. If Alan was smart and didn’t let himself breathe in a bunch of suspicious air then maybe he would have been thinking more clearly. It’s odd that Denise would just leave without telling him anything or that Alan would forget basic things like the fact that there shouldn’t be any pills around. A lot of little things add up to the point where this film really shouldn’t have happened. It’s not a particularly believable thriller and while that is fine, I’d say that the negatives outweigh the positives. Denise is the only good character in the film as she is able to survive being an extreme figure. Everyone else is a little too crazy for my liking.