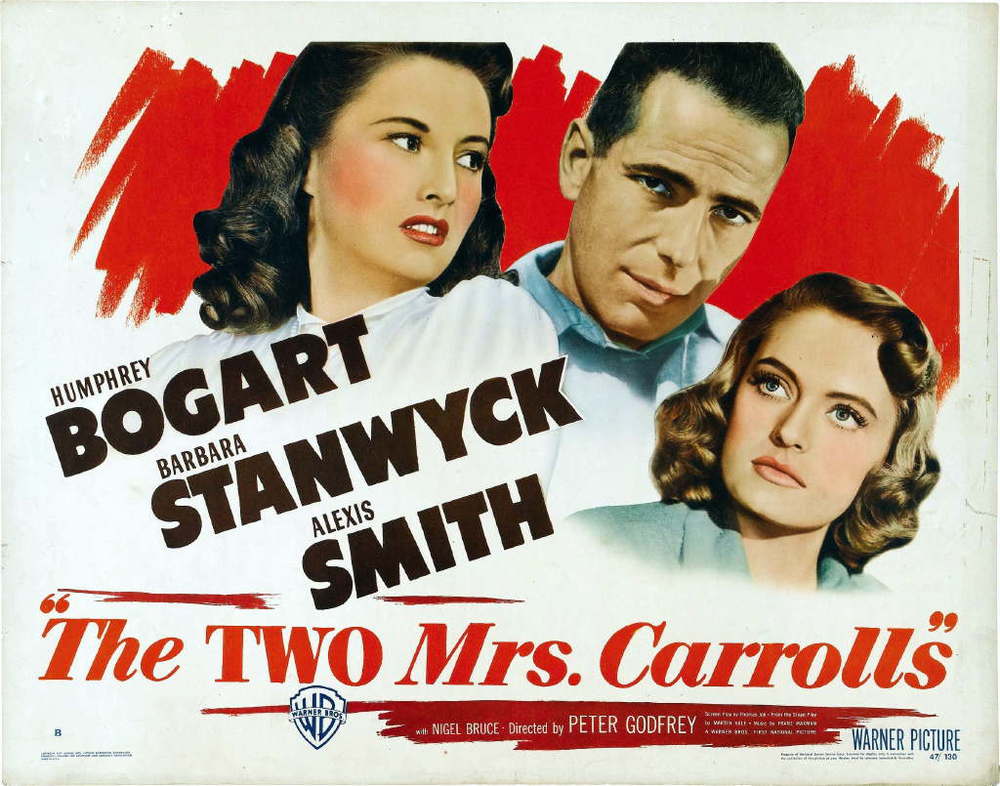 It’s time to look at a film about deception and betrayal. From the start all of the characters are fairly complicit in what is going on so you have to take a double look to see who you’re supposed to be rooting for. By the end it’s pretty obvious who the worst party is though. This movie has the honor of being one of the only films I’ve seen to have a kid character who is actually very likable. Trust me when I say that this is a very rare thing indeed. This is a pretty fun film and works well as an old school thriller.

The film starts off with Geoffrey deciding to have an affair despite being married. He meets up with Sally and this goes on for a while but eventually she finds out that he is married and breaks things off. Shortly afterwards Geoffrey returns and says that his wife died of completely natural causes so Sally whole heartedly believes him and they get married right away. The old wife was apparently very sickly and so this was natural but Sally begins to learn things that hint otherwise. One day her old flame Penny shows up with some guests including a rich lady named Cecily. Sally suspects that Cecily and Geoffrey are having an affair and starts to feel very sick every day. Is she about to meet the same fate as the original wife?

So one iffy thing about Sally here is the fact that she believed Geoffrey. Isn’t it awful convenient that the original wife should pass away so suddenly after Sally turned down his advances? She really should have written him off entirely because of the fact that he tried to deceive her the first time. You can’t have a proper romance built on deception so if she had done this then none of this trouble would have started in the first place. It would have been the cleanest way to end things right out of the gate but of course things don’t normally end quite so cleanly.

By the end Sally makes almost every mistake in the book. I think her worst scene is in the climax where she actually grabs the gun and has the drop on Geoffrey but ends up not having the nerve to shoot. Look, if you’re worried about murdering the person (which you shouldn’t be in this scenario) then just shoot the leg or in the chest. Odds are that one shot won’t be fatal and now you also get to live to see another day which is a pretty good bonus if you ask me. More characters need to try and consider this sort of thing. It would definitely go a long way.

As for Geoffrey himself, it’s always odd to have an antagonist as the lead. It can be an interesting concept as you see the villain’s descent into darkness or a time when they were the lesser of two evils. Madoka Rebellion and the Star Wars prequel trilogy are famous examples of that although for the latter “infamous” may be a better word. It doesn’t work for Geoffrey because there is no way you can sympathize or even understand where he is coming from here. He has no good reason to bump off the characters. The guy is just crazy and all the bravado in the world can’t save his character. If anything it makes him all the more fake because you never buy the act for a second. He was going to cheat on his second wife right from the start.

Cecily is the next lady in line and she is pretty bad. She knows that Geoffrey is married and wants to steal him away regardless. She makes her advances quite public and really doesn’t care what anyone thinks. Sally continues to invite her for events as well which emboldens her even more. Definitely not a quality character. You’ve also got Penny who liked Sally a lot back in the day. He’s not very subtle about the fact that he still loves her which makes him a bit annoying. If you fall for someone who is married then it’s really your obligation to ignore those feelings and bury them as far as you can. Being obvious about it is just being annoying and adding pressure to everyone around. He helps out a bit at the end but really does take a long time to do anything.

Tuttle is the main doctor who looks after Sally but unfortunately he is not very good at his job. He’s quite insecure and always loves talking about the burglar who has been running around. That subplot is unfortunately a red herring. I thought it would have been awesome if the robber had shown up to try and get Geoffrey near the end but the film didn’t go that route. Either way Tuttle will give you some pretty fun scenes here and there. The guy is a hopeless drunk which doesn’t help with all of his other issues but at least the guy always talks tough.

Finally we’ve got Beatrice who is Geoffrey’s kid. She’s pretty rational and doesn’t even talk like a kid. She likes using really big words throughout the film. At times you suspect that she knows more than she’s letting on but the film doesn’t go in that direction so it’s left to your own interpretation. She means well and Beatrice was definitely the best kid I’ve seen in a while. It’s probably not a very realistic portrayal of a kid, but it was still pretty cool all the same.

The film’s final scene is definitely pretty awesome though. Part of how the film’s murders worked was that Geoffrey would use the milk to poison everyone so in the end he offers the cops a cup when they come to arrest him. The whole scene is pretty tense for a second as you think the film will end with them thinking about it, but instead they give him a hard no. It was a solid attempt but I’m definitely glad that the cops didn’t make that kind of mistake. It would have been a pretty tragic ending for everyone if that had happened.

Overall, This is a pretty solid thriller film. It’s one of those rare movies that is able to succeed despite pretty much everyone being unlikable. Geoffrey is easily the worst character here as everything is really on his head. Sally didn’t help matters by not shooting and by pursuing a relationship with Geoffrey though. At least she was smarter than Horace who thought that blackmailing a serial killer was a good idea. What did he really think was going to happen? Blackmailing a normal person is already risky but someone who doesn’t mind crossing the line? Now that’s a bad plan if I’ve ever heard one!