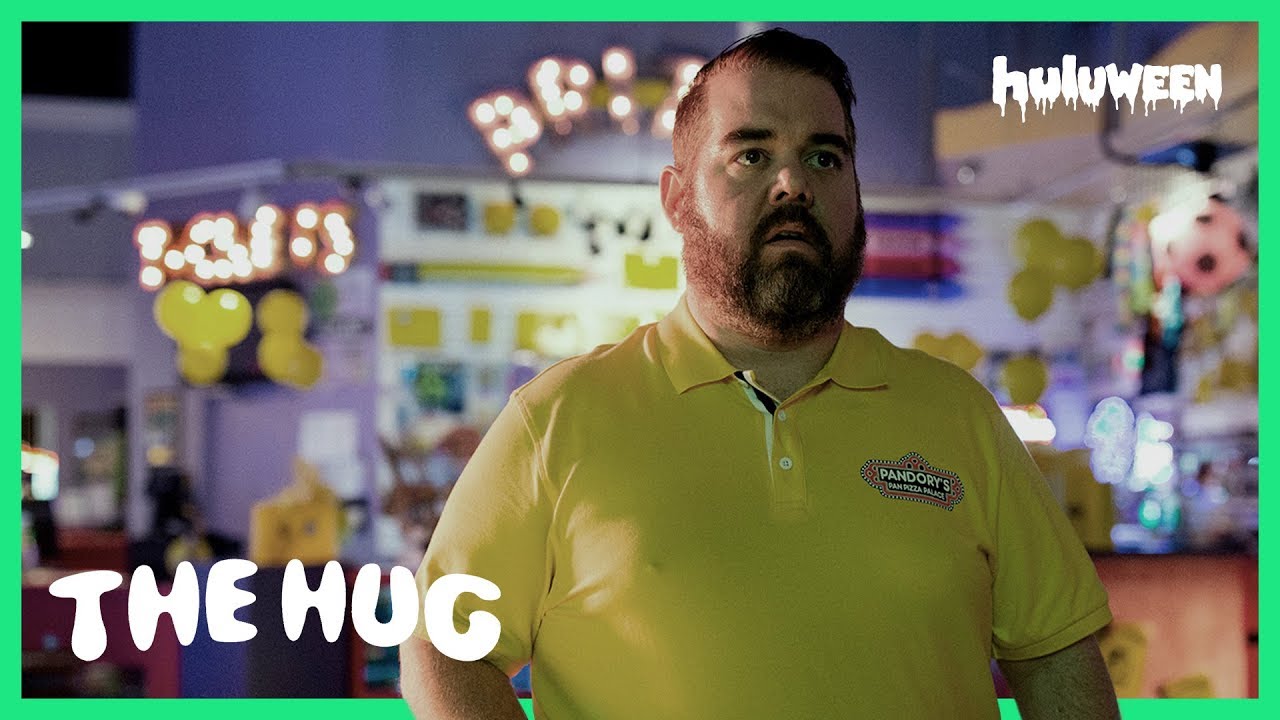 It’s time to look at a quick special known as The Hug. This was a pretty recent horror short from 2018 and it borrows from the 5 Nights at Freddy’s concept. What if there was an evil pizza place where the mascot goes around murdering people? In less than 5 minutes there is only so much that this special can do to show off the premise so you have to fill in the gaps yourself. There are definitely a lot of implications here not just for the worker but for the store in general.

The short has a kid celebrating his birthday party at a local pizza place. He finally won some ticket on one of the machines so he wants to have a shot performed for him by the animal robot. The store owner says the robot is out to lunch so the kid has to wait. The kid doesn’t listen and opens the curtain. The machine asks for a hug and it turns out to be a fatal one as the machine eats the kid. The pizza owner tries to investigate but gets scared off by the machine’s true face. That is ultimately how the special ends.

So…did the pizza owner know that the machine was evil? It’s pretty sketchy that they continue to power on the robot every day if that is the case. It also makes the owner a true accomplice. The owner’s phrasing here is also key as he said that the machine was eating. Machines don’t eat so that means the owner was feeding him something. We can only hope that he feeds it a steady diet of veggies and pizza but is that really the case? The owner was my favorite character on the surface as he seemed concerned and at least did try to help. It’s just that the more you think about it, the more likely it is that he is completely responsible for what happened. In that case it’s hard to like the guy.

The film makes the kid was unlikable as possible before he gets eaten. He disobeys the rules and just isn’t a very nice guy in general. It’s still pretty dark for the kid to get eaten like that though. Since the short ends so suddenly you can try to make the case that they got the kid out of it afterwards. I’m not sure how much weight that theory holds but the guests do outnumber the robot so perhaps they would be able to pull something like that off.

Overall, The Hug is definitely a fun little horror title. It reminds me of the classic Goosebumps adventures where the hero wouldn’t always win in the end. The film doesn’t last quite long enough for things to get too overly dark so it works out well enough. If you’re a big horror fan then I’m sure you’ll enjoy this one. It shows that you can do quite a lot in 4 minutes. The special introduces the characters, gives us some tension in the scenes, and even brings in a villain who has a very unique design. Be warned, it’s not for the faint of heart!