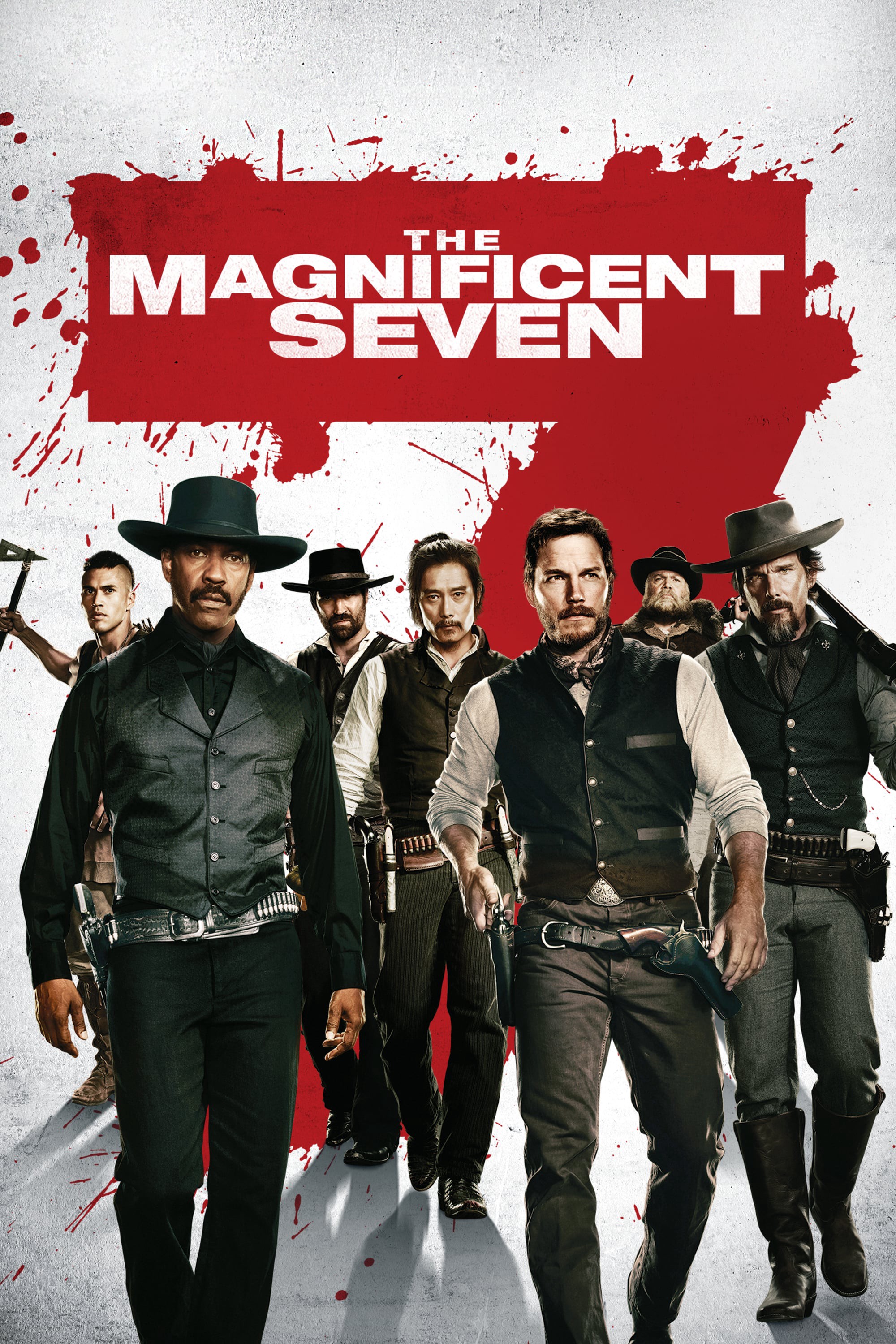 It’s time to delve into the world of the Wild West once more. While the film is definitely way better than how the first series ended it doesn’t even come close to matching the original. On the whole it’s not a bad movie as most of the scenes are fairly sound but there’s a very questionable scene near the middle and the ending also falls flat with a very sudden backstory. This film tries really hard but just isn’t able to capture what made the original so fun.

The movie starts Bartholomew taking over a town and deciding that he will get rich this way. The townspeople don’t end up fighting even though they all have guns until it is far too late and they have absolutely no chance of victory. It’s always interesting to see this go down when everyone is armed because then there is seriously no excuse not to at least do something. Ah well. Emma then decides to find some gunmen so they can avenge her husband and save the town. She runs into Sam and he agrees to help after rounding up a posse. It ends up being 7 people total and they prepare to deal out some justice.

One thing the film does do right this time around is give time to introduce all of the characters. They all get a few scenes to make us aware of who they are and their personalities. Unfortunately I wouldn’t say that they are all very likable. First off, the main character isn’t bad. Sam is a reasonable main character who does his best to keep a level head as they approach the villains. He really only panics at the end when the film decides to get gritty for no reason with his motives for why he took the mission in the first place.

Then you’ve got Joshua who definitely has the most fun out of the characters. He actually enjoys being a gunman and is always messing around with everyone. He also seems to be the most skilled fighter of the group if you ask me. I’d have liked him to have been the main character because he was easily the most enjoyable to have on screen. Then you have Goodnight who is traumatized and can’t fight very well. I wasn’t particularly a big fan of this guy. He isn’t nearly as bad as the character he was based off of in the older films but that doesn’t mean a whole lot.

His partner Billy was a lot better. That guy had real skills both with a knife and with a gun. He was one of the most talented fighters in the film and you could always count on him to take down his opponent. Then you have Jack who is the worst member. He seems pretty crazy from the start and the guy doesn’t even use a gun much. I struggle to see why he was included in the film and if anything he just waters the group down by association. There’s nothing exceptional or magnificent about him in the slightest. It almost takes you out of the film when he is taking people down with an axe while they have guns. That doesn’t make any kind of sense.

Vasquez’s initial scene immediately makes him pretty unlikable here. The guy’s motives certainly aren’t the best. He has skills but that doesn’t automatically make him a quality character in the slightest. Finally you have Red Harvest whose opening scene throws him out of the picture immediately. We see him destroy an animal and then eat it which is such a pointless an unnecessary scene to have in the film. I was shaking my head the whole time. We really didn’t need this and in a way it delivered one of the final blows to the film. It was hard to come back from that.

The writing in general can’t keep up with the originals. There is a lot of friction between the characters but rather than it be because they all have big egos and a lot of confidence it’s more because they’re all portrayed as jerks. They tend to make insensitive comments to each other and flat out bully each other in other scenes. The scene of Joshua stealing the guy’s whiskey comes to mind. Then you have the fact that these 7 characters aren’t as great as they act. The main villain does a good job of taking them down for a while and they miss the shots that count. Joshua gets a great ending but most of the gunmen go down pretty easily otherwise.

Emma was a good heroine though and I was glad that she was able to fire off a gun. It’s always good to see people helping out at least a little because it’s your town so you should be defending it. If you just stand around then you’re not helping anyone except the villains for slowing things down. She should have been the one to get the original hero theme but it doesn’t really appear here. There is one scene where I feel like it was meant to be a bit of a homage but the music is very soft and it’s hard to say for sure. Either way I wouldn’t say it’s handled all that well. The main villain is given a reasonable role though. Bartholomew was pretty solid so I have no qualms with him.

The movie has a lot of little tributes to the various past films so that’s nice for fans I suppose. Since I watched them all recently it was a lot easier to pick up on them. Homages are nice to see but they don’t help to hide the flaws of this one. I’ve already talked about those so for a positive I’d say that the gun fights are pretty solid. There’s not a whole lot you can do with a gun fight after a while but they’re still pretty entertaining so the movie did a good job with those.

Overall, The Magnificent Seven remake is not a film that I would particularly recommend. It makes enough mistakes where I just can’t put it in the higher ranks. There’s no reason to watch this one over the original. It could have been worse for sure I guess so it’s not a terrible movie either. If you want to watch a modern wild west then this is probably better than a lot of the alternatives I suppose.