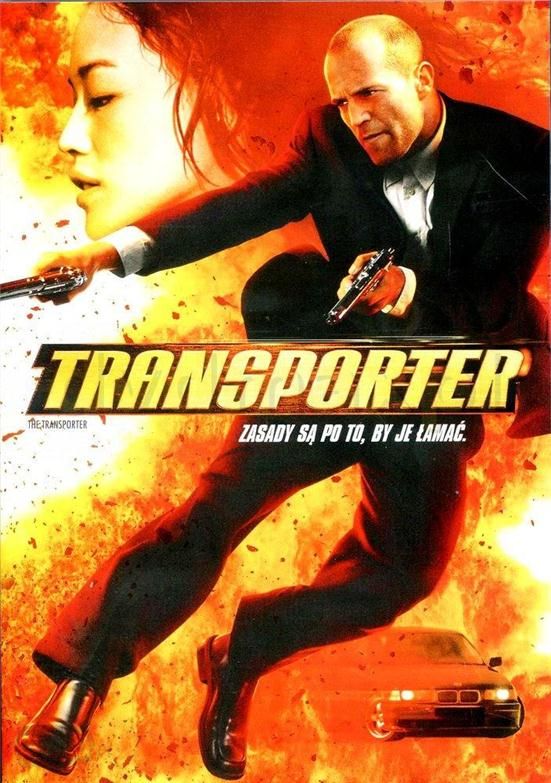 It’s time to look at an action film from back in the day. I definitely know the title to this film pretty well because of the most recent installment where I saw the trailer to it a while back. It always looked pretty fun and I would say that this one is pretty solid as well. It does have some issues but ultimately it’s a very good film with a lot of hype action scenes. When you’ve got great hand to hand fight scenes like this you just can’t really go wrong.

The film starts off by introducing us to Frank. He’s a villain who goes around transporting things for the criminal underworld and gets compensated for his troubles. His 3 rules are that he never looks inside the package, he always sicks to the deal, and no names. This has worked out pretty well for him in the past but that’s all about to change. This time he decides to look in the package only to find a lady inside. He ignores this and delivers as promised, but the villains double cross him and blow up Frank’s car. Now he wants revenge and that gets him involved a lot deeper in this case than he had wanted.

One big difference compared to most other leads like this is that Frank never really turns good. Even after he finds out about the girl being tied up in the package he really doesn’t care. The whole time you are expecting him to break in and try to save her but that doesn’t happen at all. I’ll give the film props for being unexpected because I didn’t see that coming at all. Ultimately Lai has to do all of the work to save herself for most of the film including breaking into the villain’s car so Frank unknowingly drives her out of there. She then seduces him into helping her cause so the film makes it clear that Frank is a villain the entire time. If anything he looks pretty terrible with all the lengths it takes Lai to convince him to help her.

The romance if you could call it that for most of the film is pretty weak. After the opening trick from Lai they do end up actually getting together but there is really no development here. It just happens and there’s no real need for the romance in this film. If you cut it out then nothing really changes which is always the sign that the romance wasn’t really needed here from the start. It could have been worse, but it still feels pretty forced into the film.

The soundtrack in the movie is definitely really good. You’ve got a lot of fast paced themes that really go well with the fight scenes and this movie has quite a lot of those so a stellar theme is very much appreciated. The action scenes are also choreographed very well. There are a lot of pretty interesting combos here. Frank is portrayed as a guy with pretty advanced martial arts and I could see the movies delving into his backstory a little more in the sequels. Some of the sidekicks are particularly impressive and the combo attacks are different from what you may be used to seeing. It’s a very unorthodox fighting style. I was also glad that the villains could fight here.

A lot of times in movies the boss can’t actually fight so he lets the minions do all of the work. That’s not the case with Bettencourt. This guy was actually beating Frank in their initial encounter which takes a good amount of skill for sure considering how good the lead looked earlier. Bettencourt’s big mistake was leaving Frank to 20 of his goons and just walking away. Had he just finished Frank right then and there then things could have been very different. I liked this guy as an antagonist though. He always had a good quip ready and seemed like a practical business man. His plan was also pretty reasonable for bumping Frank off.

Then you’ve got the cop who is always after Frank. He’s a pretty nice guy who always seems to know that something is up but doesn’t have the heart to actually go after Frank. He just wants to help people and thinks that Frank is a nice guy overall. He is crucial in helping Frank out towards the end of the film and is a charismatic side character. The thing is, his faith in Frank is actually pretty misguided. Let’s quickly go over the facts here. Frank would absolutely not have helped Lai (the girl) out if not for being forced into the situation by being targeted. He’s not as nice a guy as Tarconi seems to think.

That’s one problem with the film as well. Frank is definitely portrayed as a villain the whole time, but the film seems to try to say that he’s actually not such a bad guy. He used to be military and has hit a low in his life because he thinks his efforts were all wasted. That’s why he turned to a life of crime. That’s all fine, but once he decided to not only ignore Lai but actually deliver her to the villains and allow her to die, that’s going another step into the extreme. I really thought he was going to go back and save her so I was surprised. He’s a reasonably hype villain, but I feel like the film forgot that he was a villain at times. I’m sure now he’ll be a more heroic character for the sequel but I definitely wouldn’t trust him.

Finally you have Lai whose story is shrouded in mystery for most of the film. She doesn’t seem to trust people all that much based on how she was lying to Frank even towards the end. She manipulates people to get to the goal which is effective but by hiding some parts from Frank she did put the heroes in a pretty bad spot. If she had told a better story then things would have gone over a whole lot better. She’s not bad though because I do appreciate the fact that Lai is a pro-active character. She contributes quite a lot when finding out about the villains and also knows how to use a gun. The scenes with her and Frank are still too fast, but ignoring that they made for a good team here.

She’s not written all that realistically at times though. The scene that really comes to mind is when she is first let into Frank’s house and he goes to sleep for a while. Not only is he being way too trusting here because she can just murder him, but she seems to feel no fear either as she breaks into his boxes and spills everything while looking through his past. Fortunately Frank is an extremely heavy sleeper, but it seems like all of this was an excuse to find out more about his past but it didn’t make any sense from a narrative point of view. They have no reason to trust each other just yet. As far as Lai knows Frank was trying to deliver her to the villains and murder her a short time ago and from Frank’s point of view Lai may want revenge so why leave her alone in the kitchen with all of his knives that he proudly showed off while he goes to sleep? The film seems to go on auto pilot with the logic once in a while.

Overall, Transporter has a pretty quick pace throughout so it’s engaging from start to finish. There’s always a fight scene happening or some good chase scene. Surprisingly we don’t get to see Frank doing a whole lot of actual transporting though which I thought was ironic. After the opening scene and the delivery of Lai, Frank does no more transporting. The title can be a bit misleading in that respect but the movie did a good job of introducing us to all of the characters in the meantime. We do learn a lot about Frank even in these brief moments. There are definitely moments where you have to suspend some disbelief or where the writing is a bit weak but on the whole this is a solid film and one that I would recommend.