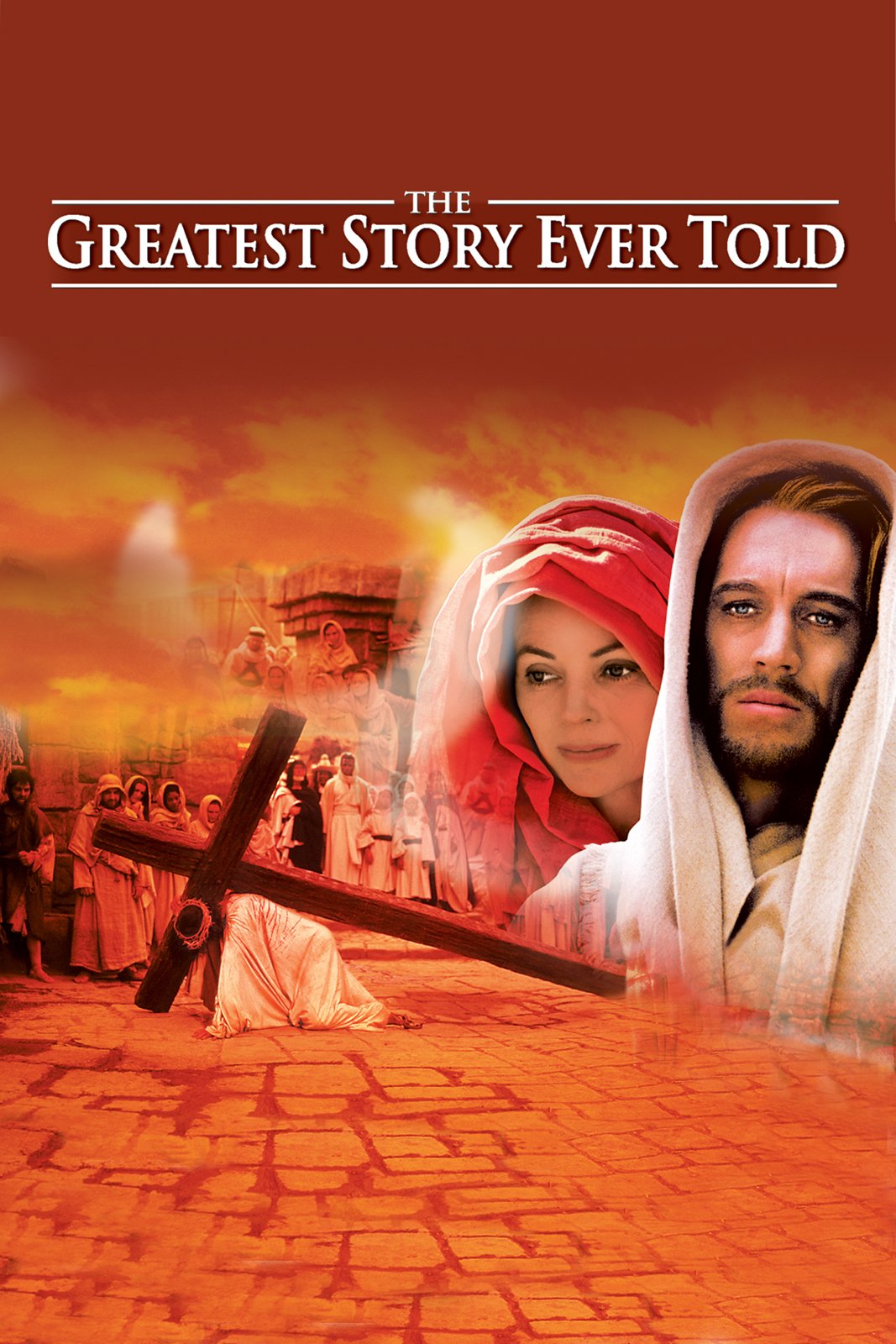 It’s time to look at a movie which recounts the greatest event in history. It’s the moment in time that gives our lives meaning and also gives us something to strive for. We see the events from the birth of Jesus Christ to his ultimate death and resurrection. I saw this movie on Easter which was a very fitting time for it. This film does a good job of recounting the events with a good amount of detail. Surprisingly the ending is very rushed and starts to cut out bigger events than expected, but the movie was quite long as it is so I suppose they had to end it at some point. Regardless it is a great movie to check out.

The opening scenes show the wisemen following the star to Jerusalem where they meet up with the King. He asks them to let him know when they find Jesus but fortunately they were wise enough not to do so. We then eventually get to John baptizing Jesus and that’s when the majority of the film begins. We see Jesus teaching his disciples and hear about all of the miracles he performs. The Pharisees are not pleased and continue to try and find ways to arrest or destroy Jesus. Ultimately this does lead to him being betrayed by Judas and crucified on the cross. 3 days later Jesus is resurrected and continues his teaching before ultimately moving on to Heaven where the rest of the Christians will join him upon death or being alive during the rapture.

Usually I don’t recap the whole movie including the ending but as these are true events it’s not as if they are a secret. Mainly the parts that are a bit rushed take place on Jesus dies on the cross. The movie very quickly has him be revived and then ascend. It’s understandable that we don’t see much of the 40 days where he returned to teach once again because we don’t have a lot of detail on that. What I was surprised about was cutting out the scenes of Jesus showing the disciples where to fish or Mary heading back to the disciples to tell them that Jesus is alive. In this version they ran over to the tomb with her as opposed to only showing up after she let them know. This all seems to be in the effort to move things forward so you can rest assured that nothing is changed in a way to alter the Bible or anything like that.

The film may have some violent moments but compared to something like Passion of the Christ it’s not super intense. This would be a movie that is a lot easier to watch with your children or if you just don’t really care for very graphic scenes. I’m not sure about the movie being G but typically documentaries and other films based on true events are given a much wider pass when it comes to the rating. I assume this is to encourage more people to watch the movie since extra knowledge on these things can be very helpful. So I understand the rationale even if I still have a bit of mixed feelings about potentially scaring someone. As I said, this one in particular is not very violent though so there is no issue.

It’s always interesting to see the Disciples reactions to what Jesus is saying since they are the few people to really know Jesus personally given that they were standing right with him throughout his life. It’s easy to read the Bible and think they were all very slow at putting the pieces together or not dependable when Jesus needed them, but in those times things were very tough. Everyone is tougher in their own mind than when put to the test. That’s why we all need Jesus. Ultimately our own strength is quite minor in the grand scheme of things.

The movie is very long but there is an intermission which helps and it’s all interesting enough where you won’t notice the length quite as much. The writing is definitely solid as well. There’s no real reason not to watch this film. My favorite depiction of the resurrection is still the short film “He is Risen” though. While that one doesn’t go quite as much into detail as this one, it does still adapt everything and the ending actually has more detail than this one which is impressive since its length probably isn’t even a third of this one’s.

Overall, The Greatest Story Ever Told is a quality epic and a great film to check out. You don’t need to wait until Easter to check it out, anytime is good for this. Whether you are a new Christian or one who has been on the path for a long time, it’s always a great idea to re-experience these events and re-affirm your faith. The resurrection of Jesus Christ, the Son of God is ultimately what gives Christianity its power. Without the resurrection we don’t have a full basis to believe in God and his works. By coming back from the dead as he predicted, Jesus proved beyond the shadow of a doubt his connection to God and of the Trinity. Resurrection is not something that any person can do, nor will it be something that anyone could ever do in the future. Whenever you are growing weak in the faith or just having a tough day, remember the end goal. You’re surviving in this world to ultimately go into Heaven. God won’t give you any more than you can handle. You may certainly be tested to your upper limits but so long as you never lose faith in God you will ultimately persevere and going to Heaven is the best prize you could ask for.