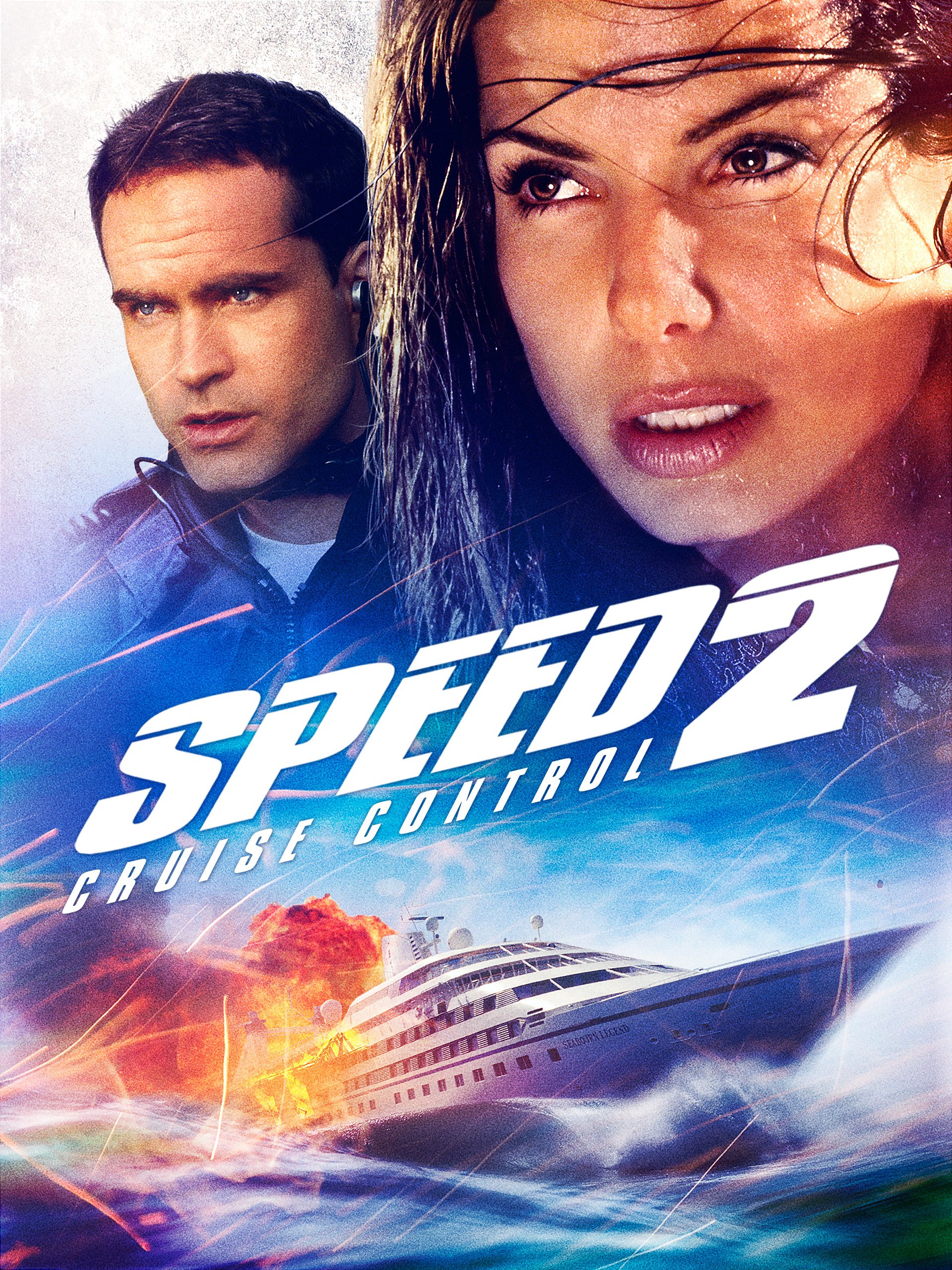 It’s time to look at a film about trying to stop someone from ramming a big boat into an island. As a film in the Speed series you’re definitely expecting a lot of destruction and this film doesn’t disappoint in that regard. At the same time, there is so much destruction here by the end that it almost becomes a bit of a parody by the end. The amount of people dying off screen has to be enormous and the main characters barely seem to care. I really feel like part of this was meant to be a parody at different moments and the film ultimately switched gears at some point in production.

The movie starts with Officer Alex getting involved in a high speed chase to stop someone in a truck. Alex succeeds after pulling off some big stunts as his girlfriend Annie shows up upon failing her driving test. She reminds Alex that she broke up with the lead from the first film because of his dangerous stunts so Alex should have told her he was a cop. He had apparently been lying throughout their whole relationship which isn’t a great start. He decides to deflect the issue by asking her out to a cruise. Annie agrees and once there Alex intends to propose but Annie doesn’t seem receptive to the idea. The plans are all thrown out the window when a terrorist shows up and assumes direct control of the ship. Alex must stop this guy fast or everybody is about to die.

So let’s get this out of the way first. The romance in this film is pretty bad. Annie has a legitimate reason to be very upset with Alex here because now she can’t trust anything he’s said to her. If he’s been lying all this time about his job then he could have been lying about other stuff too. Ultimately she is still willing to give him a chance, but then he starts to get pushy about marriage right away. This is the absolute worst time for that considering what she just learned. Alex is also upfront about the fact that he lied to her because he knew she would break up with him. He doesn’t seem particularly apologetic about it either and actually gets pretty defensive the whole time. So yeah…the romance is pretty bad here. The film also throws in a kid getting a crush on Alex for some reason.

What you’re here for is the action though and Speed 2 delivers on it. Ocean based action is not nearly as exciting as on the ground, but it works well enough. There are a bunch of scenes where you can barely see anything through the smoke, fire, or darkness though so those scenes don’t work quite as well though. The movie has a ton of other action scenes that are well lit though so you’re still in for a good amount of it. The movie rarely gives you any time to relax between action segments so you can rest assured that something is always happening. It may not always make a lot of sense but that’s another story. As long as you like action that should keep the film in the green.

Romance aside, Alex seems like a reasonable character. He’s very knowledgeable and you can see why he would make for a good cop. The guy is quick on his feet and always ready for the next challenge. He does a good job in most of the situations and doesn’t just believe the computer screens so easily. The guy does mess up a few times though like not shooting John in the corridor. There’s almost no point to pointing a gun at someone if you’re still going to let them fiddle with a computer and continue to move. At least shoot the computer or the leg. If you don’t want to murder someone, a shot to the leg or an arm will never destroy them in a film anyway so that’s the move. Later on there’s also an odd scene where Alex tracks down the villain and Annie and instead of immediately going for the villain he takes time to console Annie and share a romantic moment. John really should have just kicked him off the plane during this moment to be honest.

As for Annie, she’s an okay character but I had my issues with her too. She’s a little too forgiving of Alex’s antics and does complain a lot. When she ship starts going down she quickly tells Alex not to look into it because they’re on vacation. She’s more interested in him sticking around like a civilian than getting to the bottom of this which is really not good. She’s definitely not interested in being a hero and not everyone is going to be one, but you shouldn’t stop someone else from trying to save the day.

Then we have John who is a decent villain at best. He’s a little more crazy than interesting at times though like with the leeches. I suppose the strategy apparently works, but it’s still pretty disturbing. He gets by on a ton of luck throughout the film though. The scene of him taking out the captain may even make you laugh at how absurd the whole thing is. The Captain keeps walking into every hit and acting confused the whole time instead of yelling like a sane person or backing up. If he took a step back he would have been okay. Why didn’t he even try fighting back? The whole scene was pretty crazy and I had to shake my head at what I saw there. Then nobody has any security cameras on the ship so they don’t see John running around. Nobody sees him moving on the ship and nobody changed any of the passwords after this guy was let go. Even when he takes down a doorman nobody finds out. John’s more annoying than anything. At least he gets his classic laugh a lot.

The ending is definitely crazy but I’ll give the film props for not making it a perfect 10/10 ending for the heroes I suppose. There is a ton of collateral damage as the heroes are just unable to stop this guy. He rams his boat through a bunch of buildings and ultimately he takes out two ships. It’ll take ages for the city to rebuild so in a way the villain got the last laugh here. The final explosion with the second ship is the most out of the blue part of the film though. You’ll see what I mean when you watch the film. You’ll feel bad for it because those guys were just minding their own business.

The side characters are reasonable here. The girl who can’t hear has an odd plot point but for the most part she doesn’t take away from the film. Her parents are pretty annoying the whole time though and their redemption arc is pretty rushed. The members of the crew are all pretty terrible though. How did they not notice John intentionally pressing a lot of buttons as he pretended to be drunk? That was their worst moment since a good portion of the film could have been avoided or changed a bit otherwise. It will stretch your disbelief a bit. They also give Alex a tough time throughout the movie even when he is helping them out. Can’t they just get out of his way and let him do his thing? Even right up to the end they’re second guessing him and telling him to go with the rest of the crew. At least the camera guy was doing his best to help out.

Overall, Speed 2 is a reasonable film. A lot of the film can’t really be taken too seriously but it holds up as a thriller that really doesn’t give you a moment to relax. Something is always happening even if it isn’t quite as intense as the first one. The scenes that are poorly lit just can’t give you the same rush because you can’t see what is happening. Additionally I’m not a big fan of water both in real life and films. It’s just not a very interesting element to fight against so the heroes swimming around can get old. We still do have our gunfights to compensate for this though. If you’re looking for a good action film to check out then this one works. It’s pretty much got everything you could want out of a thriller.