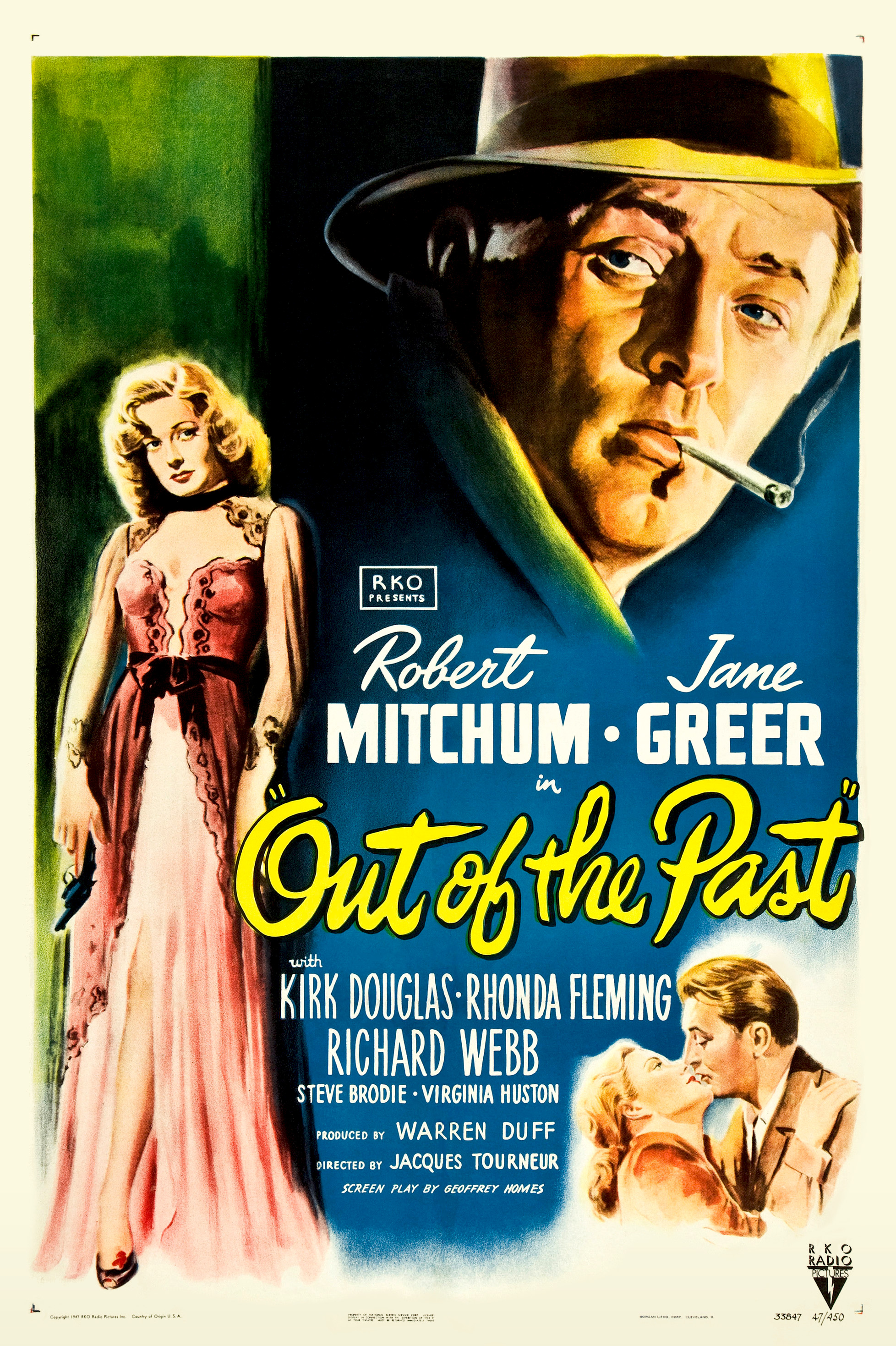 It’s time to look at a classic Noir film about how many times can you be betrayed before you wisen up. The main character is a reasonable detective at times who can predict the enemies moves. The problem here is the fact that he keeps on trying to play the field despite this. He’s not very professional from the start and hanging a big sign with his name on it isn’t a good way to stay out of trouble. His past comes back to haunt him and the lead just isn’t ready for this. It’s a pretty solid Noir thriller either way.

The movie starts off with Jeff having a picnic with Ann. Her childhood friend doesn’t like this because he was hoping she would like him, but that boat sailed as soon as Jeff moved into town. Jeff can handle this guy easy. The problem is that Joe has shown up in the present and he tells Jeff that boss Whit is back and wants to see him. Jeff decides to drive over and on the way tells Ann about his checkered past. He used to be a private detective who was paid by Whit to find the guy’s girlfriend Katie. Jeff found her real quick but decided that he wanted Katie to be with him. She agreed and they ran off together and even murdered someone who tries to stop them. Ultimately this didn’t work out and Jeff went on his own. At least Katie was free now right? Well…turns out that she came back to Whit anyway so everything Jeff did was pointless. Whit is now ordering Jeff to find some compromising files that someone got on him which could mess things up. Jeff has to find a way to get the past out of his life once and for all. The only way to do this might be to play ball and get his hand on those files.

There are a lot of different plots and tactics going on here throughout the movie. People change their sides really quick so you can’t trust people all that much. It makes for a pretty interesting story since you have to look at everything pretty carefully. The writing is on point and someone who has the upper hand in one scene could suddenly be on the defensive in the next. A single move can topple everything and naturally the same goes for when a character dies. That definitely shakes everything up real well.

So lets look at Jeff. As mentioned, the guy isn’t particularly great at his job. He’s a hard boiled detective so he doesn’t let his feelings show much. The problem is that once he gets emotional he definitely loses perspective. It only takes him about a minute to fall for Katie and quickly ditch his entire job. He knows the kind of guy he was working for so you’d think he would have thought things over a little better. Jeff gets real defensive right away even though he tends to be in the wrong. Now, if he betrayed Whit because he didn’t want to work for a villain anymore that would be one thing. Doing it just because he wants Katie for himself is quite another. It’s a romance that happens awfully fast as well.

In general I wouldn’t say the romance was written all that well here and it’s a large part of what held Jeff back as a character. He really tries to play the field. Even once he has Ann he starts to look back at Katie and what could have been. Ultimately the temptations of the past are what get him into trouble once again and you can’t feel all that bad for him. Most if not all of the trouble that happens to him here is of his own doing. He tends to overestimate himself and underestimates others which is really not a good mix.

Whit makes for a pretty solid villain. At times it’s hard to tell exactly what he is thinking. He tends to have a lot of plans but you don’t know how many of Katie’s plans he is aware of. Katie, Joe, and Whit all have their own ideas of how this will shake out and naturally none of them want to be the Patsy in this adventure. That means they need to keep backstabbing each other. Ultimately Whit talks tough but he definitely wasn’t the smartest villain of the bunch. I’d have to give that to Katie. She’s able to manipulate all of the men pretty easily.

I still think Jeff shouldn’t have fallen for her tricks after she tried to murder him quite a few times, but he wasn’t exactly reluctant to fall for her charms again. That’s why he couldn’t succeed as a lead. Katie looked really good though because as a villain she did her part in tricking everyone. She slowly crawled up the ladder after bumping some people off and just knowing how to use a gun put her above some of the other villains here. She also wasn’t afraid to use it which is key in these kind of movies. Some characters just never shoot in time which defeats the whole purpose of having a gun. Joe’s one of the better characters here and to me he was probably the standout character. I almost thought he was the lead at first since he got the first scene. He knows most of what’s going on and does a lot of the dirty work for the villains. Ultimately he just wasn’t ready to go fishing.

One thing I miss about these classic Noir titles is the banter between characters. They’re all talking in a very leisure way while hurling constant threats. Jeff has a very deadpan delivery while Whit is all about theatrics and acting charming even when you know it’s all two faced. Each character is two faced and it’s important that you remember that as the scenes go on as it’ll help you be more prepared for each moment. The pacing is also pretty solid. The opening flashback is so long that you almost forget it’s a flashback. The movie is quite long, but never drags on.

Overall, Out of the Past is a pretty solid Noir thriller. There’s a lot going on throughout the movie which is a really good thing. You’re always waiting for the next twist or wrinkle in the story to happen. The villains and heroes keep taking turns on who has the edge and at the end of the day only one person ends up winning here. The ending is a nice touch as the kid fulfills his last mission to help one character have closure. It does result in a bit of a rebound though which makes the characters all seem suspect, but at least it’s a happy ending I suppose. I’d recommend checking it out. The romance can be a bit dodgy but the rest of the film is quite exciting.