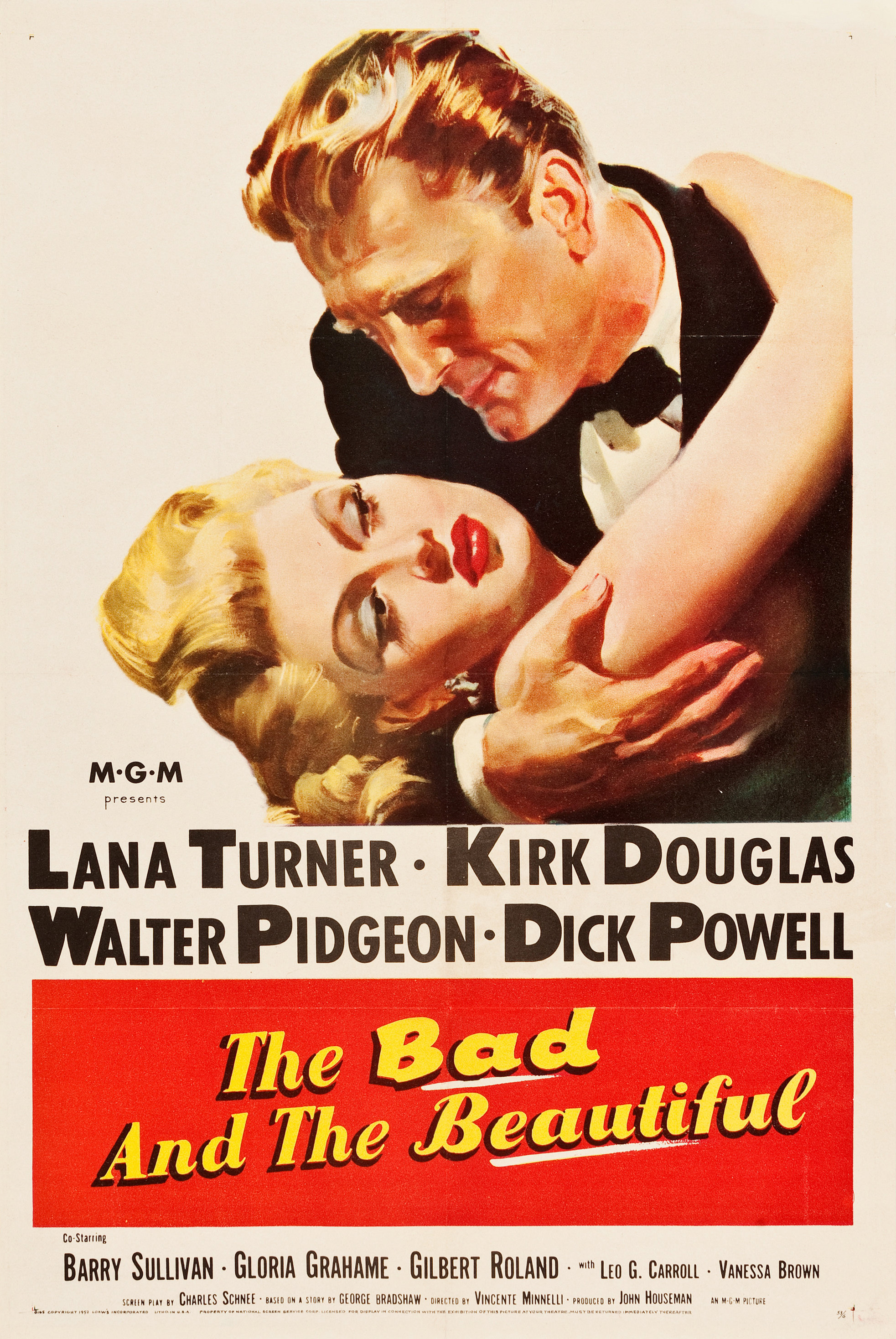 It’s time to take a look at a guy trying to succeed in Hollywood. While this initially starts out as a fun journey for the guy it ultimately starts getting darker and sadder as things don’t work out. He seems like a decent guy who made some critical mistakes, but each one was a mistake of his own doing. It’s a pretty engaging film that does have a tragic ending but one that may not be so bad depending on how you interpret it.

The movie starts with Jonathan trying to contact a famous director, (Fred) Actress, (Georgia) and Author (James) but all three of them refuse to speak with him. His agent manages to get them into a house where Jonathan will be able to make a call once more. We then learn why each of them does not want to speak with Jonathan through three stories. The film is effectively an anthology as we learn what happened to them and how Jonathan went from being the most successful man in Hollywood to being near bankrupt.

The first story starts with Fred attending a funeral where everyone was paid to pretend to be sad about Jonathan’s father dying. Fred doesn’t keep up the act though but one thing leads to another and he agrees to team up with Jonathan. The two of them work quite well and start making some very successful pictures. They may not be rolling in dough yet but things are going well. Things sour when Jonathan decides to push Fred out of the way when they adapt a screenplay that Fred wrote. Jonathan intends to be the one who will take the credit for it and this was Fred’s lifework. They went from being best friends to worst enemies in an instant. To Jonathan it wasn’t personal but to Fred it was everything.

This was a strong first story. It’s paced pretty well and could have been a film in itself. In this story Jonathan was totally at fault. You can’t just steal someone’s work like that and expect everything to be okay. That’s a film Fred will never go back and you can’t really apologize for it either. Jonathan made it clear that he didn’t think Fred was good enough for the film which is a personal blow. That was how Jonathan burned his first bridge and you can see why Fred doesn’t want to work with him.

The second story involved Georgia who was a drunk that had a hard time keeping a job. Jonathan notices her during a bit role one day and decides to make her a star. Unfortunately it is hard for her to beat her old habits and he figures that the only way to get Georgia on board is to let her believe that he is interested in her. The affair never really felt genuine from his end but it’s mostly all implied so you have to decide on that yourself. Regardless, he ends up crushing her feelings when it’s revealed that he is having an affair with another woman.

Jonathan made it clear initially that they couldn’t have a relationship so he didn’t think it was super personal but it doesn’t change the fact that he went on with the facade for quite a while. Georgia may have been the only one interested but this did go on presumably for quite a few months so Jonathan should have called things off much sooner or just not been in any other affairs in the meantime. Once again this is on Jonathan and you can see why she was pretty upset. You don’t really get over something like that.

Finally we get the story with James. James was a writer who led a comfortable life with his wife. He had a hard time writing anything but was pretty happy. One day he gets a call from Jonathan and heads on over reluctantly to Hollywood since his wife was really excited about going there. Things get a little tense at times in part because of how excited she is and James gets jealous easily. One day a tragedy happens and Jonathan covers it up but ultimately the truth comes out and James cuts ties with him for good. It’s a pretty solid third story and James easily has the best reason for never working with Jonathan again. You just can’t go back from something like that.

Part of what makes the film a bit tragic is the fact that Jonathan seemed like a nice guy overall. He could be pretty forceful and direct in how he talked, but ultimately he did befriend the three main characters. In particular he got along with Fred the best but did betray him rather directly. So the film doesn’t build Jonathan up as an evil villain or anything, but at the same time his mistakes were pretty bad. You feel bad for him in the climax since he is desperate enough to effectively be begging his old friends to return, but he’s in this hole due completely to his own actions. Even cancelling the film at the end was a selfish move that cost two of his co-workers all of their money. He kept on digging his hole deeper and deeper.

The ending is left open ended so you can decide how the 3 decide. Personally I think they’ve got to say no here. They’re all quite successful and the manager is making the case that it’s because of Jonathan. Certainly he put them on the right track but that doesn’t mean they owe him anything. He still made a mess of their lives in quite powerful ways. When you get betrayed in the ways that they did you don’t really get over that. In particular there is no way James should even entertain the notion of going back. At the very least, that’s the path I would see the ending going if it continued. They just put the phone back down and walk away.

Overall, The Bad and the Beautiful is a pretty deep film. The title is likely referring to Jonathan as we see him as a good guy and as a villain. At times he sees like a genuinely nice guy and then he turns at the drop of a hat. He’s hard to figure out which is tragic in itself. At least he got to enjoy success for quite a while though and I suppose that will have to be enough. This is a solid anthology and one that I’d recommend checking out. It’s a pretty interesting movie and it’s a cautionary tale to remind you to always keep your guard up. You shouldn’t live a cynical life where you think everyone’s out to get you but you should also remember to look after yourself a bit or you could be betrayed in an instant.