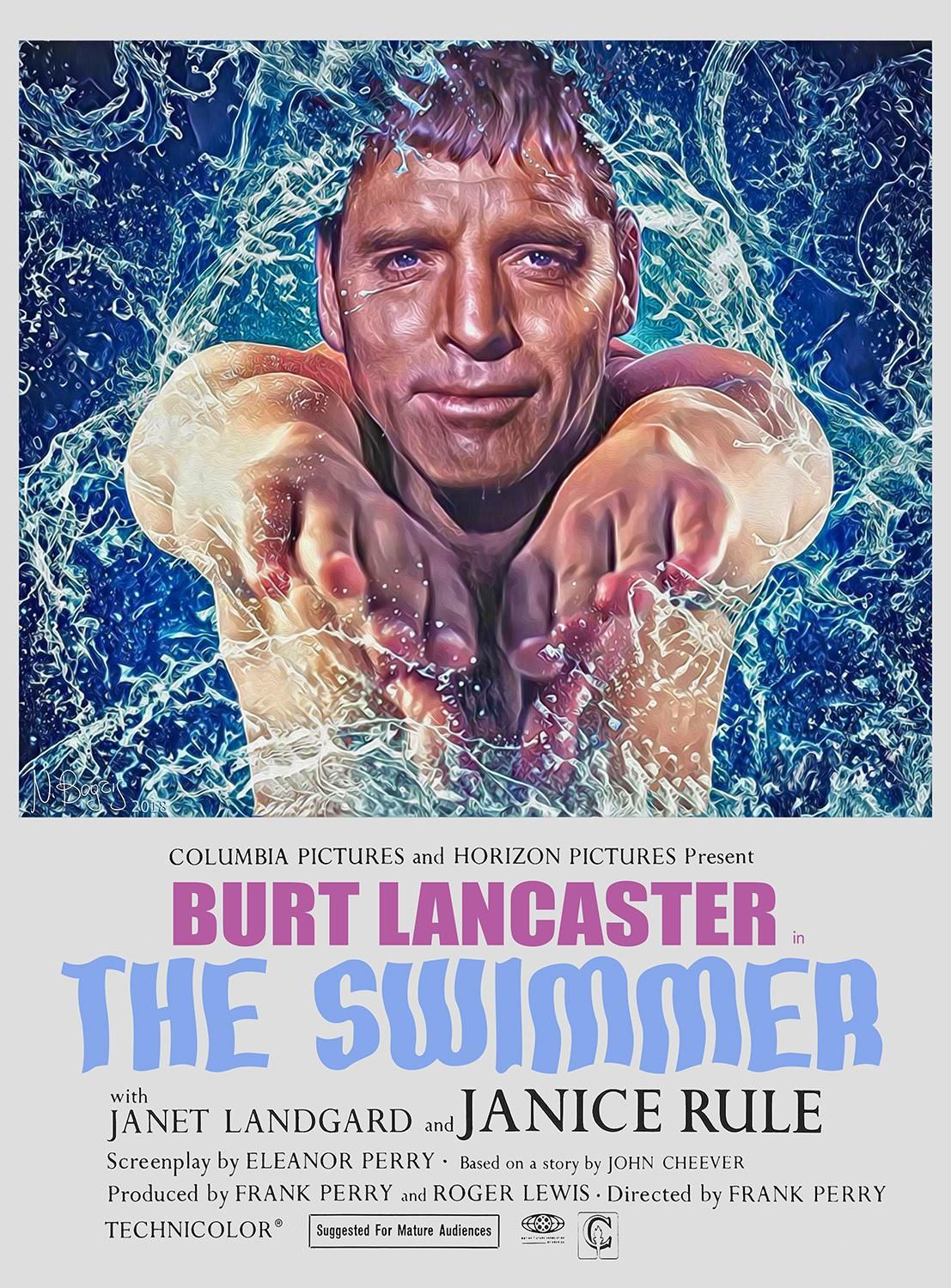 It’s time to look at our next certified stinker. This film’s about a crazy lead who decides to go home by swimming across everyone’s pools. He knows almost everyone in the neighborhood so he figures they won’t mind if he does this. You also have to wonder how he got to the first home as it is. The guy’s got good stamina I’ll give him that. The problems with this film are pretty numerous but easy to describe so we’ll tackle that in a moment. First just take a second to think about how creative the plot is. At the very least I’ll give the film this, the plot is pretty unique.

So, the film starts off with Ned jumping in someone’s pool. It turns out to belong to a group of his friends so they don’t really mind. Despite being married Ned does a ton of flirting with two other wives but their husbands don’t seem to care. Ned then says that he is going to use everyone’s pools. The others think he is joking but Ned is deadly serious. He heads off to do so, but the problem is that he seems to have severe memory loss while also being completely oblivious to everything as well as being morally bankrupt. This seemingly quick journey across the pools is about to get a whole lot more difficult than he thought.

In a way this film feels like it was going to a live action harem feel. It’s almost like how Nisekoi could have been if it was a movie instead of a series and if the characters were adults. Part of the problem is that Ned is married as I mentioned. He shouldn’t be making plays on anyone. He just seems way too overly familiar with the rest of the characters though as he breaks boundaries all the time. The real question mark here is how everyone else just watches and grins. The characters make no sense here and the whole story just doesn’t really work. You can maybe buy into the fact that Ned was so charismatic that everyone liked him. It’s not completely beyond the pale I suppose, but I like to think that everyone would be strong enough to have gotten over him by now or to at least establish boundaries. Nobody does and it makes for a lot of iffy interactions.

Still, this may not have hurt the film so much except for one of the picks. The film opts to go with a pretty crazy romance with Ned and one of the daughters. The film establishes that she is 20 at least which is good, but the age gap is still massive and the fact that Ned is completely obsessed with her as soon as they meet is terrible. It’s equally terrible that her family was ready to let her run off with him for a while. It was a safer time back then but the whole plot is crazy and unnecessary. The film would have been so much better had it not gone down that avenue. There’s just no real way to recover from that and the film just didn’t stand a chance. From there Ned doesn’t lose any momentum and continues his old tricks. The final lady has to say no many times before he finally gives up.

The Swimmer just isn’t a fun film. It tips its hand almost immediately that Ned is crazy so the final bits won’t really be any kind of twist if you were paying attention. The film gives you a whole lot of foreshadowing for everything but that doesn’t suddenly mean the plot is good. If you give foreshadowing that your ending is going to basically be pointless that really has no effect in the end. The movie doesn’t totally answer all of the questions but you can put it all together pretty well. I think the movie could have succeeded if the lead was likable though. For a film like this you need the lead to be likable so you can sympathize with him. Unfortunately, there is just no way to sympathize with Ned. From what we learn of his past, the guy just wasn’t very good.

This film doesn’t have good writing due to how unrealistically all of thee characters act. The pacing’s not terrible or anything but with no good plots to work with it was doomed to fail from the start. It’s a shame because the very beginning of the film was pretty solid. I like how extreme they presented the main character’s obsession with the pool. It’s immediate and shows that he is definitely a little too interested in learning if his neighbors got pools of their own. It’s pretty much a parody. Usually you’d see characters get obsessed with robots, cars, science, or something like that. Pools? That’s awfully specific but interesting. The whole film should have played up the comedy angle a bit more in that respect. Now, I’m not sure if the beginning was supposed to be played for laughs but that’s how I interpreted it at least and it worked out well that way. Once the film tried getting more and more serious that’s when it all started to fall to pieces.

Overall, The Swimmer ultimately didn’t have a chance of being great. It just made way too many mistakes and you can only make so many before you are ultimately doomed to fail. It’d be nice if another film decided to do the premise justice but I wouldn’t put that high up on the list of potential remakes. The premise itself is interesting but I’ve seen way better ones. Throw in some kind of sci-fi adventure or time travel and then you’ll have me at the ready. Maybe jumping into pools takes him to different timelines or something. I dunno, but that’s the direction I would start to take all of this in if I was at the helm. In the meantime you should absolutely avoid this film at all costs.