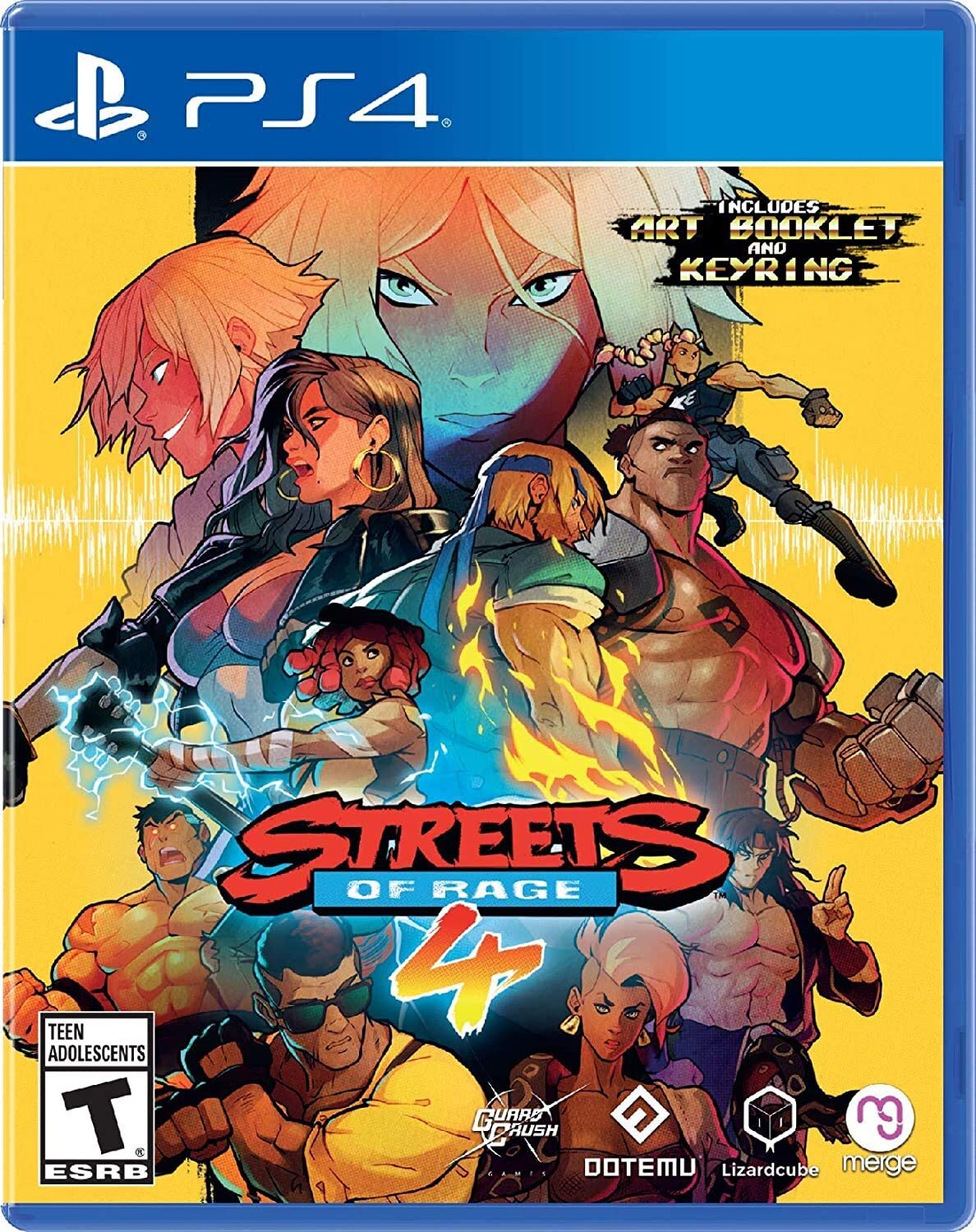 It’s time to look at the new Streets of Rage title! The original games came out a bit before my time so I never got to experience them in their time. Well, now I’m in with the party this time and it’s definitely a fun beat em up. You’ve got to take back the streets from the gangs that have taken the city over. Everyone is against the 4 lone heroes so they definitely can’t let their guard down.

This time Mr and Ms Y have taken over the city. It seems like last time Mr X was the villain based on the dialogue. This pair of villains work pretty well in the story. They have intimidating designs and since they did take over the city that means that even the cops are on their side. It makes for a pretty intense dynamic here because the heroes really have no backup. They seem to usually be vigilantes anyway though so I don’t think they take it all that hard here.

You can play as any of the original 4 characters and I believe you can unlock a few more later in. There are 12 levels and each one is around 10-12 minutes so the main campaign should last you around 2-3 hours depending on how well you do. The levels are reasonably difficult so don’t expect to just be blasting through them. Even I died once or twice in some of the big battles. The bosses really go in and it can be difficult to deal with the minions if you let them overwhelm you. A common theme in the game is to make sure and divide your enemies so you can conquer them a lot easier. If you let them group up then your chances of victory will continue to grow slimmer and slimmer.

I found that the most difficult enemies to deal with were the ones that would jump kick you. You really have to plan your gameplay around them or you will take heavy damage. The damage really adds up and you want to have a good amount for the boss at the end of each level. One thing I would say is to make sure and break anything that seems suspicious. A lot of objects are hiding health items or money. Even if you have full health make sure you use the health items since they increase your score, same with the money. When your score is high enough you will be able to get another life. My score was never high enough to get 2 lives in one even but apparently it seems that this is possible.

The gameplay is that of a 2D beat em up. You have your standard attacks and can move up and down to be in a different lane than your opponent. Always move around because it makes it a lot more difficult for the enemies to really do anything against you. Additionally, I would recommend using the power moves sparingly. Each power move drains your health. You can earn that health back if you land some hits on other minions but if they hit you just once it will crush your combo and you will lose the health for good. It still comes in handy for the bosses though. I wouldn’t have been able to deal enough damage in time without it.

Memorizing the patterns of the bosses can be tricky. I beat quite a few levels with just about no health left. I beat the final one with literally no health showing on the bar so that was really close. I was pretty proud of that win though because I was able to perfectly memorize the boss movements. I have 0 health for most of the fight but once I took out one of the opponents I was able to deal with the other one well enough. You’ll be at the edge of your seat for most of these battles.

The graphics definitely look real nice. I like the hand drawn style they use for the illustrations. I wouldn’t say that the cutscenes themselves are all that animated though as it’s more like a comic book. The soundtrack is also pretty fun. It’s got that retro arcade feel to it which works well for the retro aesthetic the game is going for. It’s all like a blast to the past so you should have some nostalgia here especially if you played the first ones.

There’s also a decent amount of replay value here. For starters you can beat the game with all of the characters. Obtaining all of the trophies will probably take some time as well. This still won’t end up being one of the longest games out there but there is definitely enough content to keep you busy once you’re out there. If you have someone to play with that will also boost the playing value as you can have fun one upping each other and trying out the different characters.

Overall, Streets of Rage 4 is definitely a game worth checking out. It’s a bit on the short side so you should check the price before going through, but the gameplay mechanics and story are on point. You will definitely have a good time here and I’m up for some more Street of Rage installments. There’s still a lot you can do with the city since there is no end to the amount of gangs that want to terrorize the city after all. There will always be a need for these vigilantes.