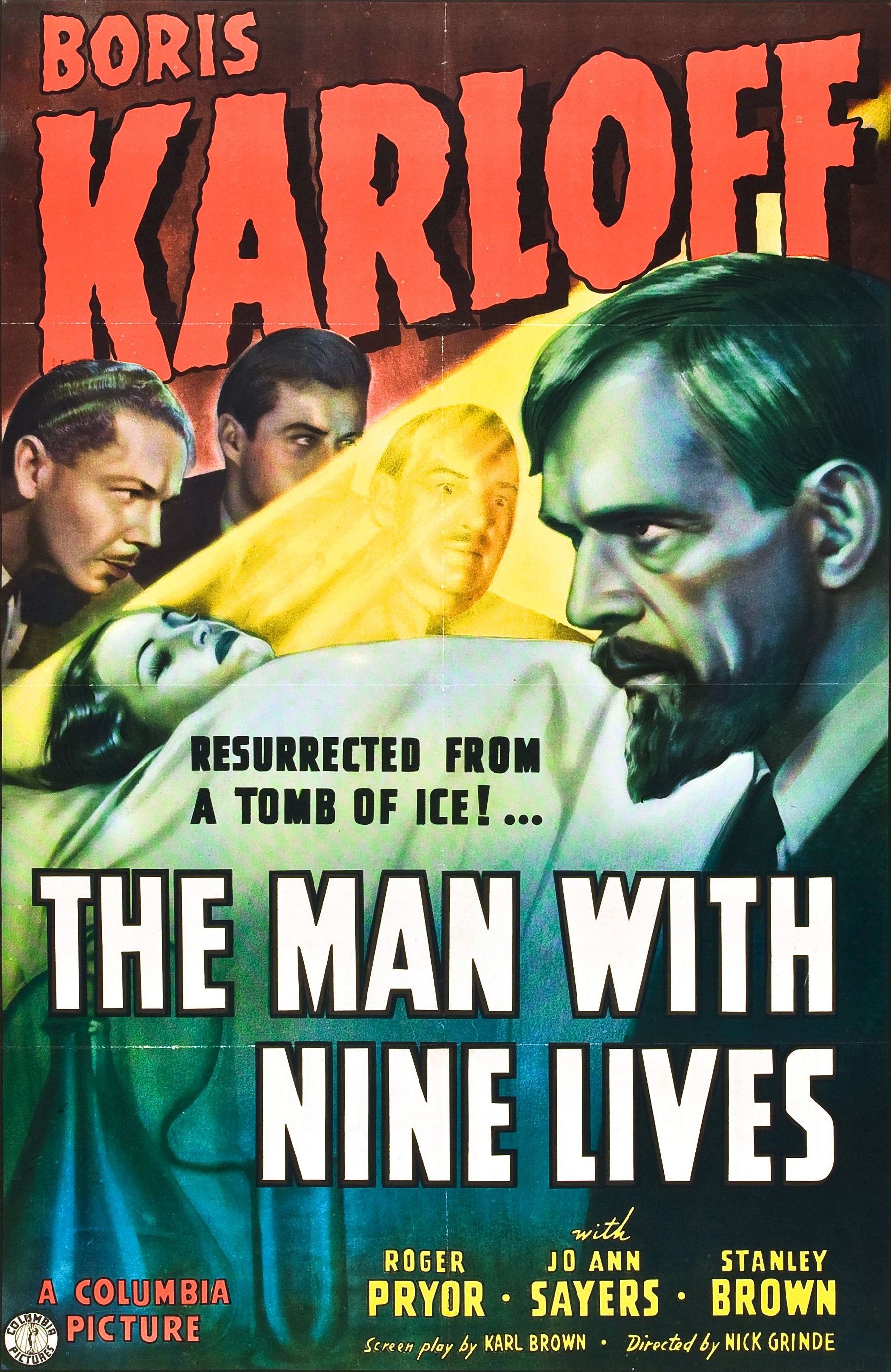 It’s time to look at a retro thriller film of sorts or you could call it a bit of a sci-fi. Either way it’s pretty interesting to see scientists use ice cubes to preserve people here. It just goes to show how far we have come from the old days of theory and such. The actual premise is decent although the execution means that the characters all have to look pretty bad for it to succeed. Leon should have been pretty much doomed from the start and got awfully lucky here. Things had to go just right for him in order for this to work out.

The movie starts with Tim showing off his new treatment on preserving people by freezing them. He learned it from the great Dr. Leon who vanished 10 years ago. Unfortunately the hospital doesn’t like that he was showing this treatment off without running it by them first and so Tim is told to take a vacation. He takes his partner Judith along and they decide to go to Leon’s old house. They manage to find him and a group of scientists in the basement so the heroes unfreeze them. Now that Leon has a new lease on life he is determined to prove that he can make the frozen treatment work perfectly. The problem is that the others want to leave and Leon won’t let them. He intends to experiment on all of them until he perfects this formula and so in the meantime some of these guys may end up dying. Can Tim stop Leon or will he actually agree with the doctor?

It’s always a bit iffy when the main character starts acting like the villain has a point. Hey, maybe they do once in a while but this isn’t one of those cases. Leon is being pretty dicey from the start with how obsessive he is. He also did a poor job of explaining himself to the committee in the opening act of the film so it’s easy to see why they didn’t believe him. The committee wasn’t planning on being reasonable either though so the whole scenario had a lot of different people to blame. I thought Leon did a good job of locking everyone inside and ensuring his continued existence. In the present they should have definitely taken him down sooner. He’s got a gun but there are around 6-7 of them. If they rushed him they would have been able to claim victory easily.

So I didn’t really care for Tim. As far as leads go he is definitely not one of the better ones. He’s not particularly skilled and falls for traps rather easily. Judith isn’t the best heroine either as she falls for Leon’s tricks just as quickly as Tim. She is easily manipulated by Leon and that doesn’t bode well for her. Through it all, the best characters probably were the committee. I at least liked how tough they were talking the whole time. They were very quick to reassure themselves that they couldn’t be tried as guilty for the murder they helped contribute to.

I think one thing that would have made the film more engaging would have been to have actually had all of the characters locked together in the ice room for the majority of the film. Leon would be the only one who could let them out and they have to gradually try to convince him on why they need to get out. Since Leon has the gun it’s not like the others could force him to let them go and that’s where the tension would be. The movie still had some tension but without this setup the film wasn’t able to capitalize on much. You also have a hard time buying into the fact that Leon is holding them all at bay so easily. When the lights turned off I felt like chuckling at how Tim handled the scene. He went down like a log.

Overall, The Man With 9 Lives is a decent movie. It’s not particularly thrilling or anything but the writing is solid and the pacing is good. There’s not a whole lot to say about it in terms of plot or characters because they’re all quite standard. At the end of the day that’s the best way to describe this film. It’s certainly not bad but it’s not as if it’s very good either. One watch is really all you would need as this has very low replay value. It takes you through the motions with a very clear beginning, middle, and end. It just has no real impact so it survives purely on fundamentals. If you like a classic science story about a scientist taking things too far then this is a solid one to check out. The interesting visual of the main character dropping ice cubes on someone to preserve them for years is enough to at least make you think this film is trying to go for something unique. Otherwise I’m sure you can find better options to check out.