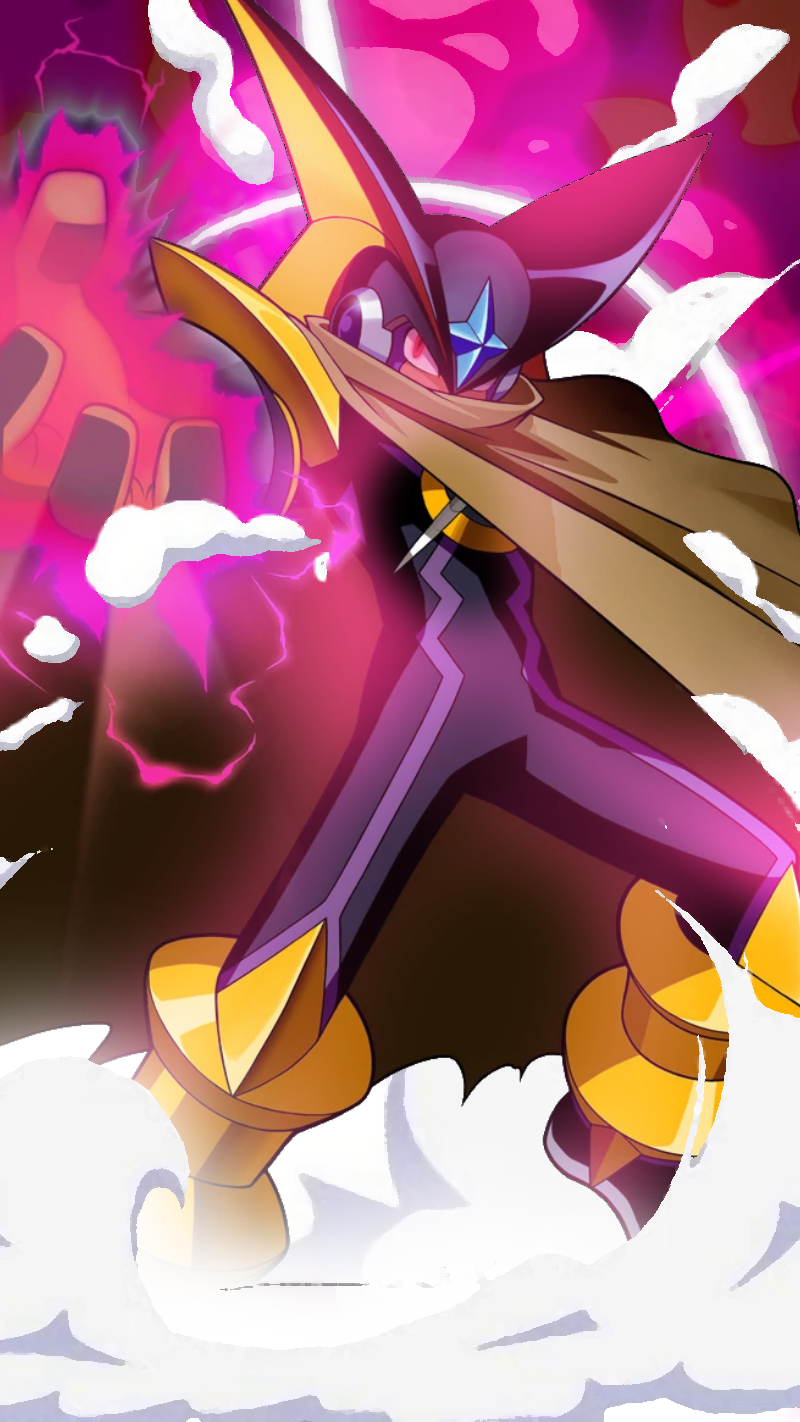 It’s time to look at what makes for a good villain. Now, there are a lot of factors to consider when looking at such a sweeping generalization. There are many different kinds of villains and different situations to put them in of course. As such it can be difficult to just grab a few attributes and say that they make a villain. As a disclaimer you have to consider a whole lot but I am going to list 5 factors which I see in my favorite villains. If you have all 5 you are basically guaranteed to be an amazing villain but even just having one of them should help quite a lot in rising you up the charts. As you may or may not know, I consider Bass EXE to be the greatest villain of all time. He is an example of a villain who meets all 5 criteria. He also happens to be the most powerful villain if you ask me but that’s a discussion for another time. So without further build up, lets take a look at the 5 main criteria.

This first one is pretty obvious. It’s hard to like a villain when you just don’t like their design. It would be next to impossible for me to like a villain like Bubbleman. No matter how powerful he may become, I wouldn’t be able to take him seriously. To a degree voice is a similar aspect that can make or break a villain but it’s not universal the way a design is. You could be reading a book or a manga where the description of the design is still there but you can’t picture the voice as well. A good design is a great first step for a villain. It helps you instantly assess what this guy/girl is all about. It’s your initial impression and those are absolutely critical. You’re not likely to forget your first impression of a villain.

As with just about everything media related designs are very subjective. What I consider to be a good design will typically have a strong color contrast/sleek design. Purple is a color that is usually associated with villains and always tends to work quite well. Red and black make for a solid pair. Then you’ve got pure white/silver like Zeref which is pretty great. Ideally you want a design that looks combat ready although you can also go for one that is startlingly happy/unassuming which can work out well like the final boss of Undertale. A bad design to me is one that is either very generic so you forget it, or a design where you can instantly tell the villain can’t fight.

The honor code is definitely a pretty big one. I don’t want a villain who hides behind others or hostages all the time. I want a villain who is confident in their own abilities and isn’t afraid to tangle with the heroes whether it be physically or mentally. A good villain knows exactly what their goals are and sticks true to them. It’s a matter of pride and villains need to have that as well as heroes. The main example I’m using for this is Grimmjow. He and Ichigo had a rivalry right from the start of the series. Grimmjow absolutely wants to crush the lead but he wants to do it on his terms. He’s not going to be satisfied beating up on a weakened Ichigo. He even has Orihime heal the lead so they can tangle which is pretty much unheard of. That always helps me gain respect for a villain. A true villain should be able to overcome his opponent when they are at their peak and without outside help. Grimmjow’s even willing to fight other villains to ensure he gets his fair fight.

I’m not opposed to friendship power within the villains of course, but in general I like when a villain can just handle his business right from the start. Likewise a “dirty” trick during a fight may not be out of bounds if it was already 1 on 1. At that point anything goes of course and if the villain has already been fighting then more power to him. A villain who admits defeat and starts attacking random civilians to distract the hero has already lost in every sense of the word. You have to stay true to your ideals to the very end.

Has to be a threat

This is another one that probably seems obvious but is worth noting. If you’re a villain who gets completely wrecked time and time again then it’s going to be very hard to enjoy the character. This could work for a comic relief villain which follows a very different set of rules but not for a big villain that we’re supposed to take seriously. A villain needs to take care of business and that should be established early on. This is very common so there are probably millions of good examples I can use. The one I choose here would be Hideyoshi’s first appearance in Sengoku Basara or at least his first appearance in the war. He immediately sets the tone by forcing both armies to acknowledge him. He stops a huge array of arrows in their tracks with simple wind pressure and then takes down a captain in a single hit. This guy’s power is on a whole other level and it’s just hard to top that debut. I was certainly very satisfied at the very least. When you’re a threat like that, you’re forced to acknowledge the villain right away.

Now, I’m all for the villains who just want to destroy the world of course, but what really takes a villain to the next level is when they have solid goals. If the goal is something you can understand then that will play a big role in how endearing they are. A villain who is upset because some guy elbowed him when walking through a line? That’s so petty you may lose respect. A villain whose world is about to be crushed but can save it by destroying the other world first? Well, that’s something you can buy into. He would even possibly be considered the Hero from another point of view. There’s a saying that everyone is the hero of their own story. While I don’t find that to be true necessarily, I think a villain’s motivation should feel that way. You never lose sight of the fact that they are a villain but that’s not the important thing. The important thing is that this is now a villain you can sympathize with.

For this one I’ll use Mr. Freeze as an example from Sub Zero and the Batman animated series His wife is terminally ill and only has a slim shot of survival. The way to do this is to do a blood transfusion with someone from a rare blood type. Only problem is that the transfusion will destroy whoever undergoes the operation because of how much blood is needed. Perhaps if you could find two people then this could work but there isn’t a whole lot of time and Mr. Freeze is already a known criminal. As a result he decides to kidnap someone so that he can save the wife which leads into the movie. This is a perfect example as you know that what Freeze is doing is wrong and he knows it as well. Still, it is worth it to him in order to save his wife and that’s as solid a motivation as you can get. It made him a particularly great villain in the DCAU and one of the best Batman villains out there. Later on Freeze eventually begins to get buried by feelings of rage and feelings of revenge towards society but this is how he started out,.

Finally we have another trait which ties in to the others. A good villain needs to have absolute confidence. These villains aren’t afraid to defy authority even if a higher up tells them to do something. I already used Grimmjow as an example but that’s something he did quite well. The villains who are quickly to kneel before another don’t have the same true respect for themselves that other villains have. A lot of the best villains in history have always been overwhelmingly confident to the point of arrogance. They may readily lower their defenses just to show the heroes how absolutely outclassed they are. Honestly, it was hard to pick an example here because you could pick almost literally any villain and you would be good to go. That just shows how critical this factor is.

Ultimately I’m going with Jiren. How confident do you have to be to close your eyes and meditate in the middle of a battle with your universe on the line? You got to admit that this takes a whole lot of guts on his part. A lot of villains absolutely wouldn’t dare even if they were powerful. It’s a great moment though because that unwavering conviction in your abilities is exactly what you need in order to succeed. 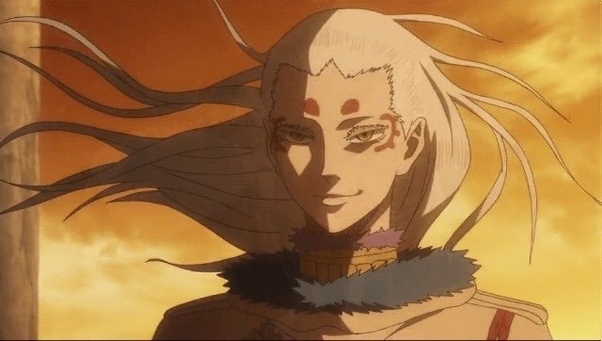 So those are the 5 traits a good villain really should have. If you have all of these traits then you are probably going to go down as one of the all time great villains. Whenever a villain is introduced with some of these traits I get excited. Now, there are certainly things a villain can do in order to lose that hype which I will go into in my reverse editorial on what makes for a bad villain. That one should be fun and I already know quite a few off the top of my head. A lot of villains will end up having traits from both in which case you just have to see which side wins out. It’s rare to find a perfect character like Bass EXE but there are still tons of other amazing villains. In theory every great series should have a great villain to combat the hero. If you have no great villains then that could be trouble for the series long term.