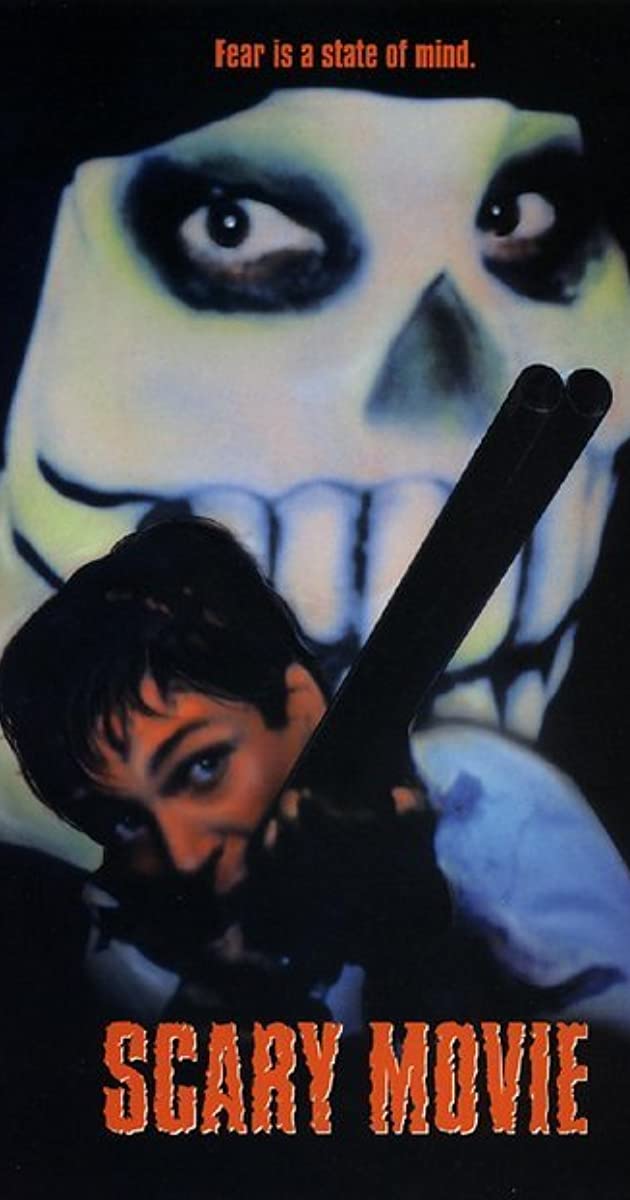 It’s time to look at a horror film from a while back. This one isn’t very well known and for good reason. It’s pretty terrible from the jump and never gets any better. There are more fake outs than jump scares in this film and the setting is just an excuse to be as violent as possible. There’s barely even a plot for most of the film as it’s just the main character wandering into every possible exhibit as he scares himself more and more with each passing exhibit.

Warren is the main character here and he’s the only one who really matters. So it’s Halloween and everyone in town is getting excited to enter the haunted house. It’s apparently a big attraction every year that is really popular with just about everyone. Effectively you have to go to this place if you think of yourself as a cool guy. Nobody wants to miss out and with peer pressure that means Warren has to go as well. His “friends” are quick to mess with him constantly. He is pretty susceptible to peer pressure in all its forms and the characters have no trouble getting him to do stuff like smoking. Well, he is now in the haunted house but worries that the escaped criminal is in the house with them. (We learn earlier in the film that he has escaped custody. Warren must now find a way out of the house before he is taken out of the picture permanently.

One of the main points of the plot is deciding if Warren is right or if he is blowing things completely out of proportion. In defense of the film, it does a reasonable job of letting you come to your own conclusions. That’s about the only positive I can think of here. As I mentioned, the film has a ton of fake jump scares. They’re all pretty graphic due to the nature of the film though. This is a pretty older aiming haunted house so there’s blood gushing everywhere and a ton of crazy visuals. It’s one of those things were if all of this was real this would be an easy R. It gets a pass I suppose in part because it’s so old and all but also because of it’s all fake.

There are actually haunted houses like this though. I remember one that was on the outskirts of the city or NJ if I remember correctly that was supposed to be incredibly intense. You have to be over 21 and sign some kind of waiver before you go in. Then you get to see a lot of terrible imagery that’s basically satanic and even get in on the action. It’s effectively a way to legally act like a criminal and those kinds of haunted houses have never piqued my interest. Even the tamer ones I take a pass on. I’ve never been to a haunted house and will probably never go to one. It’s not really my thing, nor is Halloween for the dressing up part but I do buy myself a nice chocolate that day.

Back to the film though, it’s just way too gritty and grim the whole time. The imagery throughout the film is pretty terrible. Warren also makes for a terrible main character as he’s too over the top with how nervous he was. He should have just had the courage to say he wouldn’t go into the house. I would have gained a ton of respect if he had done that because then he was at least standing up for himself. You gotta be able to do that and not just let people walk all over you. That’s an easy way to get yourself mixed up in all kinds of trouble. All the characters here were just annoying. The only one who was at least trying to help was a kid and even then Warren would not follow him.

After a while you have to take this out on the film’s writing as well. There’s no way that Warren reasonably couldn’t exit the haunted house. We see at one point that dozens of people were in the house so they all leave except for Warren who trips numerous times and then keeps getting stuck in a trance. The characters did what they could to save him and it just didn’t work out. Warren was really not being helpful at all. There was also one character who was randomly laughing the whole time. I think the director was trying to go for a very surrealistic kind of vibe where you can’t trust anything you’re seeing but I wouldn’t say it did wonders for the film either.

The camera work is pretty terrible as with the rest of the film. It can get pretty violent at times when we do get to the real action as well. The atmosphere is thrown in your face the whole time so it’s not like the film gets tense either. This one just really fails at everything it tries to achieve and ultimately that is part of why it was completely doomed. Some films start off on the wrong foot but get better. This was not one of them as the ending was also pretty terrible.

Overall, I highly recommend avoiding this film. It was just lousy and I didn’t even talk about the fact that it forced in some animal violence near the beginning of the film. It made pretty much every attempt it could to continue sinking to the next level and succeeded in that respect. It’s unfortunate but that’s why it makes sense that nobody’s heard of this film. If you want to see a Scary film that handles things better then check out something like Insidious. As far as this film is concerned, just try to pretend that it doesn’t exist and you’ll be just fine.